Covao dos Conchos isn’t a portal to the underworld, but it sure looks like it. Take a look at the slab of mountain it inhabits in Portugal, and you’ll see a scene typically beautiful until it’s not: a creamy blue sky, tree-topped ridges, water, water, water plunging to nowhere.

On the western corner of the lake, it’s like gravity grew to be too much for this singular point. A 15-meter hole gives way and funnels to the abyss. Vegetation clings to the sides like it still has more to see up there. The rest of the lake seems calm, oblivious.

But Covao dos Conchos isn’t a portal to the underworld, no — thankfully, it’s considerably less scary than that. It’s a portal to another lake. In 1955, engineers were building a hydroelectric dam system in Serra da Estrela, the highest mountain range in continental Portugal, and they needed to divert a nearby river to the main reservoir. So they created the Lagoa da Serra da Estrela, routed the river to it, and built that otherworldly funnel — known as a bell-mouth spillway — to feed water through the mountain to another lake, Lagoa Comprida, where the dam is.

This mind-bender is located high in Serra da Estrela Natural Park. The park is home to wolves, golden eagles, boars, and the hypnotically beautiful Estrela Mountain Dogs. Sage-leaved rock roses, junipers, bellflowers, and all kinds of oaks sprout from its soils. It’s a beautiful place. On top of that, it has the only ski course in Portugal.

Where were we? Ah, right, the lake-eating spillway. The closest town to Covao dos Conchos is called Seia. In addition to providing a place to stay, it offers a toy museum, an electricity museum, and a Portuguese bread museum. Every October, it hosts an environmental film festival called CineEco. From this lovely town, it’s a 30-minute drive up the mountain to Lagoa Comprida, and from there, you can start your walk to Covao dos Conchos. It’s just under 3 miles away.

Another nearby town is Covilha, which offers plenty of lodging and leisure activities as well. If you’re staying in lovely Lisbon, Serra da Estrela Natural Park is about four hours away. Nearer large (or large-ish) cities are Porto, Coimbra, and Viseu.

Oh, and if you’d rather not hike, tours are starting to include Covao dos Conchos in their itineraries. Though it’s been serving the dam system for decades, it only rose to fame in 2016 when photos of the spillway took the internet’s breath away. An inspiration to us all.

If you’re taking the near 3-mile hike from Lagoa Comprida to Covao dos Conchos, bring plenty of water, wear good walking or hiking shoes, and dress appropriately for the weather — you’re in the mountains, so it can get chilly even in warmer months. A trip during fall or winter could provide wonderful snowy views (and even a frozen Covao dos Conchos), but roads and trails can become slick with ice and are prone to closures. Temperatures are most comfortable during spring and summer, with summer tending to have the least precipitation. 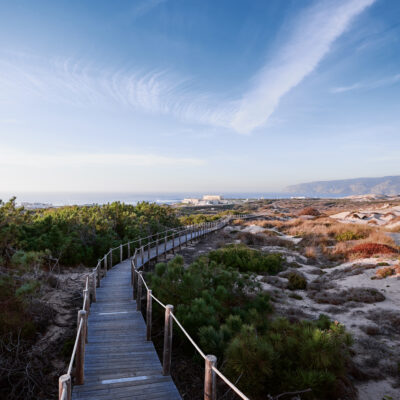 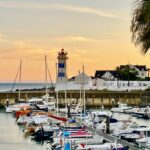 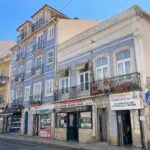 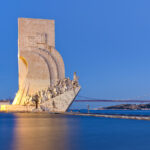 Portugal9 Tips For Experiencing Portugal On A Budget