Here are eight gems for you to discover that will make a delightful weekend road trip.

Located at the confluence of the mighty Columbia River and the Pacific Ocean at the southern tip of the peninsula, Ilwaco’s maritime history dates back to the Chinook Indians and their cedar canoes. Today, Ilwaco is a full-service marina and boatyard. There is also a public boat launch and several companies where you can charter a fishing vessel. You can fish for salmon, tuna, bottom fish, and catch-and-release sturgeon.

Spend time at the dock, watching the excitement as recreational fishermen and crabbers carry in their catches of the day. There are benches to relax on. Watch for sea lions and whales offshore.

Stroll the Ilwaco Harbor Village and visit the many little shops selling seafood and arts and crafts. Fresh seafood is available year-round.

Watch for announcements of the visiting replica sailing ships: The Lady Washington and the Hawaiian Chief. They both offer half-day cruises and tours. Check this link for updates.

With two lighthouses, the “graveyard of the Pacific” coast guard station, an interpretive center, a beach amphitheater, campgrounds, yurts, cabins, stunning beaches, and miles of hiking trails, plan to spend at least a day at Cape Disappointment State Park.

First, the name. The cape was named by Captain John Meares, who in 1788 discovered the cape. He was looking for the Northwest Passage and expressed his disappointment at landing at this cape. The name Cape Disappointment has stuck ever since. However, the cape is anything but disappointing! It is great to visit in all seasons.

One of the largest search and rescue facilities in the state of Washington and the home to the only heavy-weather Motor Lifeboat School is located on the southern tip of Cape Disappointment State Park. Although the coast guard station does not allow visitors, you often see drills above the site and real rescues off the peninsula.

There are two lighthouses on the cape. The first lighthouse built in the Pacific Northwest is the Southern Lighthouse at Cape Disappointment. Dating back to 1856, the lighthouse is a delight to visit however the trail is steep in places and has uneven footing.

The North Head Lighthouse, just as stunning as the south lighthouse, was built in 1897. It is much easier to get to. The 0.6-mile trail is paved and even – suitable for wheelchairs and assisted walkers. This area is known as one of the windiest places in the U.S. It is great for winter storm watching. Because of the storms, winds, and the treacherous bar into the Columbia River, this area has been home to over 200 shipwrecks, thus the name “the graveyard of the Pacific.”

Stop at the Park Office and pick up a map of the eight miles of hiking trails in the state park. Guided hikes are also available.

Pro Tip: You will need to purchase a Discovery Pass to enter the state park. Daily and yearly passes are available.

The Long Beach Peninsula is one of four major birding flyways in the U.S. There are two areas noted for bird watching: Leadbetter Point State Park and Willapa Bay National Wildlife Refuge. There are more eagles in this area than in any other area outside Alaska and more seabirds and coastal birds than anywhere on the West Coast. Also watch for large numbers of migrating songbirds and waterfowl. Look for herons, pelicans, swans, hawks, and falcons. Be sure to bring your binoculars.

To reach Leadbetter Point State Park from Seaview, follow highway 103 north about 19 miles. The highway ends at the park. Just as you enter the park, there is a small parking lot for bird watching. Trails are rough and uneven and are prone to flooding.

Driving up to the north end of the peninsula along the bay, soon you will begin to notice mounds and mounds of oyster shells. Welcome to Oysterville.

One of the first settlements in Washington Territory, the area was settled in 1854. At that time, oysters were so plentiful in the area that they could be harvested with kitchen tongs. The commercial market expanded rapidly and the town quickly grew to about 500 population.

For approximately 30 years beginning in 1863, beautiful period homes were built, and the community thrived. However, with the demise of the planned railway line, in 1890, the commercial market fell out of oysters and many families left the area.

Today, there are 11 remaining homes. Be certain to spend time strolling Territory Road on your own walking tour. You will find the link to a brochure here. Oysterville is on the National Register of Historic Places.

The longest beach on the West Coast with 28 miles of hard sand, one could spend hours and days enjoying all that this area offers. One can even drive automobiles on parts of the beach — the areas where this is allowed are well marked.

In Long Beach, there are many beach activities for families. Choose from kite flying, beachcombing, bicycling, beach walking, building sandcastles, picnicking in the sheltered barbecue pits, and oyster and clam digging.

If one wants a break from the beach, choose from go-karts, amusement rides, and horseback rides. If you’re into shopping, check out the art galleries and gift shops.

Watch for the annual world-renowned Washington State International Kite Festival, held annually the third week of August. The event is acclaimed to be the “greatest, grandest kite festival on the North American continent.”

Be sure to visit the World Kite Museum located just off the main street of Long Beach. Exhibits include miniature kites, history of kites, kite stamps, military kits, and ALOX — the first company to produce commercial kits. One can easily spend 3 or 4 hours here. There is also a small gift store with unique gifts.

Pro Tip: Anyone over the age of 15 is required to have a Washington State Fishing License.

Stop in at Jack’s Country Store in Ocean Park for fishing, clamming, automotive, hardware, household, and food supplies. They stock over 230,000 items in a building that covers an entire city block. It is fun to stroll the aisles for a return to nostalgia. There is even a small hardware museum. The store has been in operation for over 130 years.

The Discovery Trail is an approximately 8-mile trail linking Ilwaco, Seaview, and Long Beach. The trail follows the paths of Lewis and Clark when they visited the area in 1805.

One can do the entire trail or shorter sections from Seaview and Long Beach. Stroll the trail watching for birdlife, wildlife, and Sitka Forests. Most of the trail is paved however there are some unpaved areas from Beard’s Hollow (in Cape Disappointment State Park) to Ilwaco.

Pro Tip: The Discovery Trail is the only trail in Cape Disappointment State Park that allows bicycles.

What is as American as apple pie? Well, cranberries of course! Many of which are grown in the 8,000 acres in this area in the Pacific Northwest. The Pacific Coast Cranberry Research Foundation, located just north of Long Beach, has a small museum that gives insight into the history of the berry as well as vintage implements used for planting and harvesting.

I was fascinated to learn that cranberries do not grow in water but on sandy soils and peat. However, water is needed for harvest, irrigation, and frost protection. If you see a photo of cranberries in water, it is during harvest season. There is also a self-guided tour through the Demonstration Farm. Note that the outside Discovery Tour is on uneven, grassy paths.

There is a small gift shop, great for picking up unusual cranberry-themed gifts.

To get to the Long Beach Peninsula, from Washington’s I-5 highway, take the Longview Exit #36 and follow the signs to Ocean Beaches. One can either stay in Washington State and follow Highway 4 or, for a quicker trip to the coast, follow the signs through Longview, cross into Oregon, follow Highway 30 to Astoria, and then head north to Long Beach.

Please remember to leave nothing behind and take only photos. Plastic food wrappers account for the most litter on ocean beaches. Cigarette butts and plastic beverage bottles follow a close second and third. Please do your part to help keep the beaches and ocean clean.

For more inspiration, consider these nine gorgeous hikes in Washington State and the rest of our Washington content here. 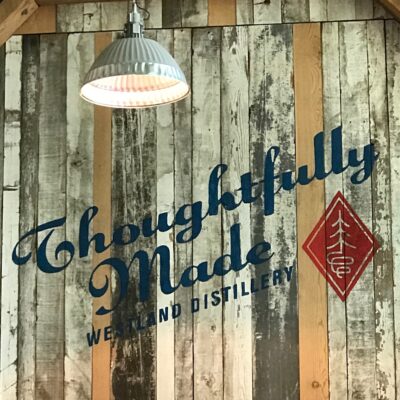 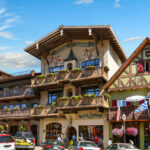 WashingtonHow To Spend A Perfect Weekend In Leavenworth, Washington 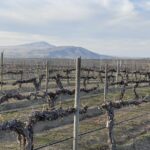 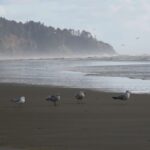