The Top Texas Beach Towns You Must Visit

I won’t lie. I was a little disappointed at first to be heading to North Padre Island and Corpus Christi, Texas.

After all, I was supposed to be on Isla Mujeres off the coast of Cancun instead, but the continued travel restrictions caused my friend and me to push that trip back a couple of months.

I still had that yearning for the ocean, however. I still wanted to feel the salt spray in my hair, lounge a bit in the sun, swim in the salty waters, and eat my own weight in seafood. Because I spend a great deal of time in the Dallas/Fort Worth area, the closest beaches to me are in Texas.

Nicknamed “The Third Coast,” Texas’s Gulf Coast gets a bad rap that it doesn’t deserve. When a friend joked to me that I would see “the milk chocolate-colored ocean” off Galveston, I wasn’t excited.

When I did actually get to the Texas coast, I was thrilled. Sure, it may not be the Caribbean waters of the Yucatan, but I discovered a warm ocean, days of sunshine, great local seafood, and beach-vibey towns that are hidden gems in the coastal world. Here are the Texas beach towns you must visit and why.

Located 178 miles southeast of San Antonio, Port Aransas is a quaint island town in the heart of the 18 miles of shoreline on Mustang Island. It butts up against sandy beaches, and while you dodge the golf carts that everyone uses, you can’t help but be charmed by the small-town feel of the place.

I bought my favorite dress of the summer at The Ragg Doll Boutique, one of the many boutique shops in Port Aransas, and the Keepers Point fishing pier was my friend’s favorite fishing spot.

If beach lounging and shopping aren’t enough, then you’ll love Port Aransas for its birding activities.

Port A, as the city is called, is smack dab in the middle of the Central Flyway for migrating species. Port A is one of the most active cities along the Great Texas Coastal Birding Trail, and the town itself has six sites to explore along the trail.

Birding enthusiasts will especially whoop in joy for the Port Aransas Whooping Crane Festival, set for Thursday, February 25, 2021. As one of the only places to see the world’s last naturally occurring whooping crane population, the festival draws enthusiasts to witness the wintering habitat of these majestic birds at the Aransas National Wildlife Refuge, which also offers educational opportunities year-round.

Like most of the coastal towns in Texas, you’ll have your pick of great places to eat. We ate at The Crazy Cajun numerous times, filling ourselves with their traditional shrimp, crawfish, and sausage boils that they dump right on the table in front of you.

For a more upscale yet still casual dining experience, try Tortuga’s Saltwater Grill. The blackened grouper BLT is to die for, and you’ll lose your mind over the Tuga Style French toast with its candied pecans, spiced Mexican chocolate, and caramel drizzles.

Pro Tip: If you really want to get away from the crowds and take social distancing to the next level, hop on a jetty boat at Fisherman’s Wharf to the isolated and deserted beaches of San Jose Island. The boat rides, which cost under $20 per person, run roughly every hour from 7 a.m. to 4 p.m., but be sure to pack food and drink, as there are no stores or eateries on the island.

Corpus Christi is a busy city filled with hundreds of things to do and see, and North Padre Island is just over the John F. Kennedy Memorial Causeway, which links the island to mainland Corpus Christi.

North Padre Island has plenty of public beaches that roll with soft sand and surf-ready waves, but the real star of the show is the Padre Island National Seashore.

This national park is not only home to the nesting sites of the Kemp’s ridley sea turtles but has 70 miles of protected natural areas that include tidal flats, pristine dunes, and rare coastal prairie.

In Corpus Christi proper, you’ll run out of days before you run out of things to do. Some of the most popular sites for visitors include The Texas State Aquarium, a tour of the USS Lexington World War II-era aircraft carrier, The South Texas Botanical Gardens and Nature Center, and The Art Museum of South Texas.

Some of the best restaurants in the area are nestled along the beaches or the intercoastal. For oysters and a rustic vibe, check out the Black Diamond Oyster Bar or hit up the local’s favorite dive, super-casual Snoopy’s Pier, which is right on the causeway.

When I was in North Padre, the hidden gem restaurant I liked the most was Costa Sur Peruvian Wok and Ceviche Bar, which had the best yellowfin tuna I’ve ever tasted in my life and a great vegetarian menu as well.

Pro Tip: When walking the beaches along North Padre Island, you might see several stands with yellow bags hanging from them. These bags are used by beachcombers to carry and pick up trash along the beach. Sadly, the beaches do get their share of bottle caps, plastic waste, trash, and more, so if you want to help the environment, grab a bag and collect some trash while you are walking.

A favorite escape for what the locals call “Winter Texans” — those who escape colder climates for the warm Texas coast — South Padre Island is a tourist town with all the fun tourist attractions. But if you want a unique experience in this hopping place, focus on the wildlife offerings.

Sea Turtle Inc is a non-profit organization that rehabilitates sea turtles, holds educational programs for the public, and is active in oceanic conservation. One of its most famous residents is a sea turtle named Allison who had one of her front flippers damaged by a predator and could only swim in circles. Sea Turtle Inc designed the first-ever prosthetic for the turtle, who is now the star of the show.

The Sea Life Dolphin Research and Marine Center is another outstanding oceanic wildlife and conservation center on South Padre Island. For under $30, you can book a tour through the nature center and take a boat ride to see dolphins in the wild.

South Padre Island is also home to the South Padre Island Golf Club that looks over The Laguna Madre Bay, plenty of bay fishing and off-shore fishing (opens as PDF), and the Sea Turtle Art Trail, which features fiberglass turtle sculptures painted by local artists in a program that began in 2020. You can find a map of all the painted turtles here.

Pro Tip: Island Metro is a free transportation service that takes you to beach access points, lodging, dining, and attractions daily from 7 a.m. to 9 p.m.

Galveston Island is among the most well-known of the Texas beach communities. It’s home to the third-largest Mardi Gras celebration in the U.S., and the Moody Gardens amusement park comes alive with all the festivities and lights of the holidays.

In fact, Galveston is known as “the winter wonderland of Texas,” and you’ll be able to enjoy many Christmas events if you time your visit accordingly. My absolute favorite is the Dickens on the Strand program from the Galveston History Organization. Reenactors dress up in Victorian-inspired costumes harkening from the Charles Dickens era, hold a Victorian-era parade, and hawk wares one would have found in Victorian England.

Galveston Island may also be the most haunted city in Texas. For a spooky, historic good time, check out the Ghost Tours of Galveston, one of the original ghost tour companies in town.

If you’re looking to eat something different, definitely book dinner at Kritikos Grill on the seawall, which serves up authentic Greek cuisine and seafood. I recommend the lamb shank or the pastitsio, which is a type of Greek lasagne.

Pro Tip: Paying to park is a necessary evil on Galveston Island, but if you download the Pay by Phone app on your smartphone, you’ll have an easier time. Certain exemptions are made for those who have received the Congressional Medal of Honor, Purple Hearts, Distinguished medals, and other military distinctions. For more inspiration, read up on how to spend a day in Galveston. 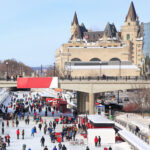 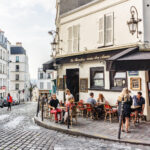 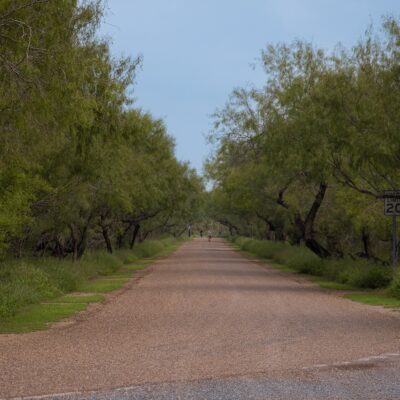 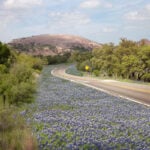 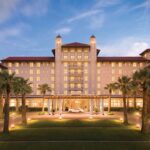