How To Spend A Day In Galveston, Texas

If you’re in Galveston, Texas, for just one day — whether you’re passing through on the way to a cruise, or just making a day of it — there are hundreds of wonderful things you could do. From ghost tours to nature preserves and beaches, you’ll find that the variety and beauty of the city are well worth your full attention.

The coastal city, with its fairly small population of about 50,000 people, is known for its former Navy base, current cruise ports, and other shipping activities. But since its primary industry is now tourism, the city has done a fantastic job restoring its numerous historic sites. You won’t want to miss out on those on your one-day visit.

Be sure to load up on sunscreen, grab your favorite hat, and put on your walking shoes for this outdoorsy, all-seasons spot.

The Best Time To Visit Galveston

Though Galveston is a year-round destination with a moderate to hot climate, the best months to visit are March, April, October, and November. These are the months when Galveston isn’t too hot — though the crowds are still plentiful — and you won’t be dripping sweat in the humidity. There’s lots of sunshine year-round, though, so even winter is great for a cool, sweater-weather spot with an average temperature of 54 degrees from December through February.

Things To Do In Galveston

During your time in Galveston, you’ll learn that a single moment in history has done more to shape the island than practically anything else: the 1900 hurricane that devastated the whole region. As a result of the natural disaster, many of the trees on the island were destroyed, a sea wall was built, and new sand and soil were deposited in the area. German pumps and piping were used to move that sand and earth around the island, and to help prevent erosion, thousands of German oak trees were planted.

In 2008, however, Hurricane Ike struck the area and killed most of the century-old oak trees. Residents couldn’t bear to remove the damaged trees, so artists were hired to turn the trunks into sculptures that preserve the beauty and history of the twice-devastated island.

On the 2-hour Segway tree carvings tour, you’ll explore the island, stopping at the 22 remaining trees and learning more about the history that makes Galveston so unique. We recommend embarking on this low-key activity in the afternoon.

Beachcombers ready to up their game will want to try their hand at the art of sandcastle building with Sandy Feet Sand Castle Services. Whether you’re a newbie to the game or an old pro, you’ll learn things you never imagined in these unique art classes.

You can book a beginner lesson, intermediate lesson, or even a large group lesson. Just be sure to apply plenty of sunblock and drink loads of water while you play in the sand. Each class takes 1 to 2 hours, and all equipment is provided by the company.

History buffs will want to set aside 2 to 4 hours for a comfortably paced tour of the Galveston Naval Museum, situated in the middle of Seawolf Park. The museum is home to two United States Naval ships, including a submarine. After you explore the ships, you’ll want to spend some time in the park.

After the USS Cavalla was transferred from the U.S. Navy to the U.S. Submarine Veterans of World War II, it was brought to Galveston, where it now welcomes curious visitors looking to know more about the U.S. Navy and the ins and outs of submarine warfare. The submarine was known as the “Avenger of Pearl Harbor” for her part in sinking the Japanese aircraft carrier Shokaku. This earned the USS Cavalla the prestigious Presidential Unit Citation.

After checking out the submarine, you’ll want to make your way to the USS Stewart, another ship that was brought in to make the naval museum a fascinating experience for visitors. The USS Stewart began her service in Miami as a school ship, or a ship where student officers were trained. She later escorted President Franklin D. Roosevelt down the Potomac River to meet up with the USS Iowa on his mission to Casablanca, Morocco, and Tehran, Iran.

After you take in the history of the two former warships, you’ll want to spend an hour or two wandering around Seawolf Park. You can fish at one of the finest lighted fishing piers in the country, picnic, or watch the little ones in your party climb around on the playground.

If you love gorgeous old homes, you’ll want to check out some of the lovely — or spooky — house tours available on the island.

The Moody Mansion, completed in 1895, is a great place to start your historic route. The Moody family of Galveston purchased the 31-room Romanesque mansion from the heirs of the original owners of the home shortly after the devastating hurricane of 1900. The Moody family is considered one of the most significant families of Texas, having established not only a financial empire based on cotton, banking, ranching, hotels, and insurance, but a philanthropic legacy as well. The house has been restored to its turn-of-the-century beauty with furnishings and memorabilia from the Moody family.

Another fantastic historic site to visit is the Chateauesque Bishop’s Palace, also known as the Gresham House. The house was built between 1887 and 1893 for lawyer and politician Walter Gresham and his family. After serving as a private in the Confederate army during the Civil War, Gresham helped found the Gulf, Colorado, and Santa Fe Railroad and served in the Texas legislature. His house, made entirely of stone, managed to survive the hurricane of 1900, and during and after the tragedy, the Greshams welcomed hundreds of survivors into their home. In 1923, the Diocese of Galveston purchased the house, and for some time, it served as the residence of Bishop Christopher Byrne. When the diocesan offices moved to Houston in 1963, the diocese opened the mansion to the public. The interior of the house is absolutely stunning, with Siena marble columns in the foyer, an octagonal skylight, a mahogany staircase, massive fireplaces, and more.

If you’re into the supernatural, you can take one of the Historic Galveston Ghost Tours. You’ll learn loads about the history of Galveston, but more importantly, you’ll discover all the unique and interesting spots where hauntings are thought to have occurred. It’s estimated that when the hurricane hit, somewhere between 6,000 and 10,000 Galvestonians died in a single night. Many believe that the tragedy left behind a hefty spiritual impression. While the company claims the tours are appropriate for all ages, you may wish to leave young or sensitive souls at the hotel while visiting these haunts around Galveston. Each tour lasts about 1 hour and 30 minutes and is spent walking throughout the city.

For a different kind of museum than you’ve probably visited before, the Ocean Star Offshore Drilling Rig Museum and Education Center is a fantastic spot for learning about geology, seismic activity, remotely operated vehicles, and more.

The museum is a retired jackup drilling rig — yes, one of those things from out in the ocean — that you can go inside to see interactive displays, models, and learn about the various technologies and history of the petroleum industry.

You can take a skywalk out onto the drill floor of the rig or visit the exhibits on the pipe deck. Plan to spend between 1 and 2 hours at the site to take in all the museum has to offer.

If you’ve got an extra hour or so, are wearing a good pair of walking shoes, and love exploring nature, the East End Lagoon Nature Park and Preserve is worth your time. The project spans 700 acres of diverse habitat on the barrier island’s east end, across from Apffel Park/East Beach.

The park features trails and shelters a variety of wildlife. You’re likely to spot numerous birds and wildflowers, but be sure to bring mosquito repellent and sunscreen.

Also, it’s important to follow the signs to the park, since some GPS systems have difficulty locating it.

The E-Bike Island Adventure Tour by Zipp E-Bikes is a fun 2-hour bike tour of the island. You’ll learn about history, wildlife, architecture, and the local lifestyle of Galveston Island as you go. You’ll ride along beaches and paths, biking by the oldest homes and hearing about the unique shipping history of the island. You’ll even pass a long-abandoned pirate fort!

Each tour is led by a local who loves the culture and history of the island and helps you get the most out of the tour while enjoying some exercise and refreshing oceanside breezes. 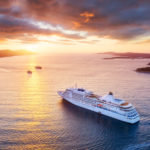 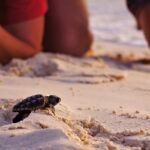 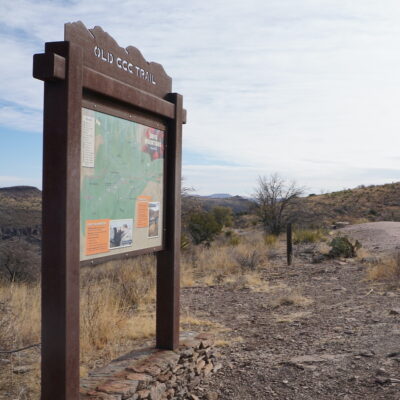 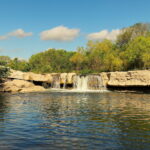 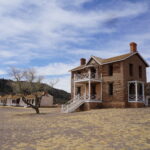 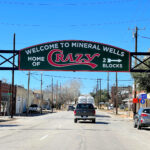