The Best Things To Do In Intriguing Cut Bank, Montana

In midwinter, Cut Bank, Montana, is often the coldest spot in the Lower 48. Some places might try to dodge that status, but Cut Bank celebrates it. On the city’s east side, a 27-foot-tall penguin welcomes visitors to Cut Bank, the “Coldest Spot in the Nation.” The 10,000-pound concrete bird even announces the frigid fact — when the squawk box works. The choice of iconic cold animal is ironic, because Cut Bank is closer to polar bears than penguins.

But don’t let the city’s chilly reputation prevent you from visiting. Cut Bank offers much more than a talking penguin. The city got its name from Cut Bank Creek, which wraps around its southern end. The Blackfeet Nation described the stream as “the river that cuts into the white clay bank.” The creek has carved out a beautiful gorge west of the city.

Here are some of the best things to do in Cut Bank.

Visit The Site Of Camp Disappointment

During the Corps of Discovery’s return from the Pacific Ocean, Meriwether Lewis and three of his men studied the Marias River drainage from July 22 to 26, 1806. Lewis was determined to mark the site accurately. If the Marias system extended north of the 49th parallel, the United States could claim more land via the Louisiana Purchase. Cloudy weather defeated Lewis’s attempts to pinpoint the site. Therefore, he named the Corps of Discovery’s northernmost campsite Camp Disappointment. Because of the overcast conditions, Lewis stayed longer than he intended.

The Camp Disappointment obelisk is about 22 miles west of Cut Bank, several hundred yards north of Highway 2. The campsite is about 6 miles north of the highway on private property. The fight site marker is about 45 minutes southwest of Cut Bank at Highway 89 and Robere Road. Enjoy the view as the Two Medicine River winds through coulees.

Learn About Indigenous History On The Blackfeet Trail Tour

A sign marking the Old North Trail reads, “History runs into mystery.” Time has erased the story of the trail’s origins, but some believe the route crossed the Bering Land Bridge, bringing settlers from Siberia. The trail’s southern end was far to the south, but no one knows precisely how far.

The Blackfeet Trail Tour takes travelers to 28 stops — including the Old North Trail — that tell fascinating tribal stories. The Corps of Discovery sites are stops 19 and 28. Use this map for guidance. Driving the entire trail will require most of a day.

Fish And Hunt On The Blackfeet Reservation

The Blackfeet Reservation’s eastern border lies just west of Cut Bank. Watch for the sign and the sculpture on Carter Oil Road, within sight of Highway 2.

The reservation is home to several lakes that vary in size and elevation. Depending on the year, they often yield trophy trout. For the best results, plan to arrive soon after the ice clears from the winter. Like all things dependent on the weather, ice clearance varies. Ask the tribe’s fish and wildlife department for advice and forecasting.

Pro Tip: You’ll need an all-wheel drive vehicle, because the reservation has many primitive roads. When choosing your gear, plan for the region’s high winds. The lakes are scattered throughout the reservation, and some are far from Cut Bank. Check on drive times. Anglers and hunters will need licenses from both the tribe and the state.

Play In And On The Water At Lake Frances

Lake Frances is a year-round destination. In the summer, you can fish for perch, pike, and walleye. Waterskiing, Jet Skiing, windsurfing, and swimming are all popular summer activities. If you love motor racing, be sure to catch Lake Frances’s snowmobile drag races. When no one’s racing, you can enjoy ice fishing, skating, and tubing.

Pro Tip: Lake Frances is near Valier, about half an hour southeast of Cut Bank. While in Valier, stock up on delicious meat and cheese at Christiaens Meats Inc.

Explore Cut Bank Creek on the city’s unpaved 2-mile Coulee Trail. You’ll enjoy gorgeous views of the gorge to the south and the Rocky Mountains to the west.

Engage In Trainspotting And Railfanning

Just west of Cut Bank, a quarter-mile-long Warren deck trestle spans Cut Bank Creek. Take the time to explore the area around the trestle. Whether it’s carrying a train or not, the span is worth seeing.

For the best experience, try several views. To view the trestle from the west, turn north from Highway 2 on Pendergrass Road. On the east side, park in the Northern Village Shopping Center lot. On both sides, walking trails take visitors up to the gorge’s edge and provide terrific trestle views.

Pro Tip: Visit the tracks before sunrise and sunset to watch the lighting change. You can download The Photographer’s Ephemeris app to track sunrise, sunset, moonrise, and moonset times. The app also shows users the angle at which the heavenly body will shine. In the fall, watch for hawks soaring above the gorge.

The Glacier County Historical Museum educates visitors about crucial moments in the area’s history. Learn about Lewis and Clark, Blackfeet culture, homesteading, the oil boom, and railroading, and see one of Montana’s last oil rigs.

The Great Northern Railway strongly promoted Glacier National Park. The railroad company built the park’s tourism infrastructure and advertised park travel. “See America First,” the ads said. What could be more relaxing than viewing the magnificent park on Amtrak’s Empire Builder? If you travel through the park through Whitefish, you’ll marvel at the views from your window. Check the schedules from Cut Bank (CUT) to East Glacier Park (GPK), West Glacier (WGL), and Whitefish (WFH), and let an engineer do the driving.

Check Out A Fun Local Event

Cut Bank’s summers are short, and the city crams as many celebrations into its warm season as it can. Join the fun during Cut Bank’s signature events.

Montana Shakespeare in the Parks comes to Cut Bank City Park every year. They don’t always perform one of Shakespeare’s classics, however. Previous playwrights have included George Bernard Shaw, Moliere, and Edmond Rostand.

During July’s Lewis & Clark Festival, Cut Bank goes all out. Activities include goldfish and rubber duck races; golf, cornhole, horseshoe, and softball tournaments; obstacle courses; and a parade. Buy a Lewis and Clark button for admission.

Where To Eat In Cut Bank

Your entertainment options are all covered at the Water to Wine Steakhouse, Pioneer Bar, and TNT Casino. Try the ribeye steak and the steak fingers. Shoot some pool.

At Garden of Eat-In, try the chicharrones and the chicken tortilla soup. Unless you want leftovers, request half orders.

Montana grows barley, and Cut Bank Creek is full of good water. The combination helps Cut Bank Creek Brewery produce delicious beer. Since you’re in the home of the giant penguin, try the Penguin Piss and the Penguin Punch. The Messy Apron food truck parks behind the brewery. Try their queso burger.

Where To Stay In Cut Bank

You can travel back in time at the Glacier Historical Museum’s Overnight in History options. Stay in a vintage caboose, oil worker’s house, or homesteader’s cabin. Otherwise, stay at the Super 8. Campers should stay at the Sunset RV Park. 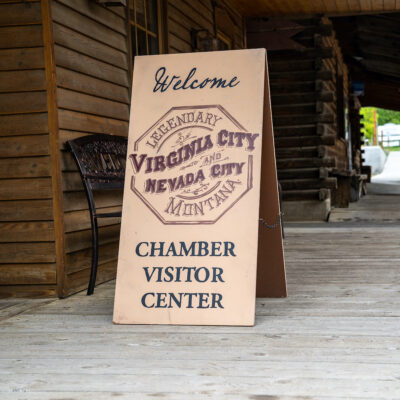 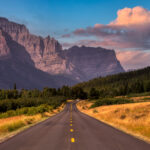 Montana12 Unique Spots You Can Only Visit In Montana 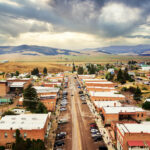