The Best Things To Do In Historic Mt. Airy, NC

Mt. Airy, North Carolina, is best known as the birthplace and boyhood home of actor Andy Griffith. It is affectionately known as “Mayberry” after the fictional town in the television sitcom The Andy Griffith Show, which ran from 1960 to 1968. It is said that the town of Mayberry was modeled after Andy’s hometown, Mt. Airy. The locals use the two names interchangeably and happily answer to either one.

Mt. Airy’s history dates to the 1700s, when it was but a stagecoach stop between Winston-Salem, North Carolina, and Galax, Virginia. And long before Mt. Airy was known as Mayberry, it was (and still is) known worldwide as Granite City. The world’s largest open-face granite quarry, discovered in 1889, is located just east of town.

Mt. Airy is also very rich in musical history. Surry County is the birthplace of old-time music, or bluegrass with fiddles and banjos and the like. Greats like the Easter Brothers, Tommy Jarrell, Fred Cockerham, and more called this place home. Country singer and songwriter Donna Fargo also hails from Mt. Airy.

There are so many things to do in Mt. Airy. The city is located in the foothills of the Blue Ridge Mountains on the Ararat and Yadkin Rivers, and the recreation options for outdoor enthusiasts are endless.

Here is my list of the best things to see, do, and experience in Mt. Airy.

The Mount Airy Visitors Center provided a complimentary stay at the Mayberry Motor Inn. However, all opinions remain my own.

Mt. Airy resident and Griffith’s lifelong best friend Emmett Forrest founded The Andy Griffith Museum and donated much of the collection that he lovingly collected over the years. The collection includes actual props, wardrobe items, and other artifacts donated by Griffith himself; his wife, Cindi; and others.

There are hundreds of items on display that cover Griffith’s life and career in theater, film, and music. Be sure to use the interactive touchscreens. You can hear much of Andy’s music and early comedy recordings (some of which I had never heard). You could easily spend an hour or more here.

The Andy Griffith Museum is open year-round seven days a week, except Thanksgiving and Christmas Day.

Pro Tip: The price of admission to the museum also includes admission to The Original Siamese Twins exhibit, the Betty Lynn exhibit, the Historic Earle Theatre, and the Blackmon Amphitheatre. You can find a map of these venues here.

Take In A Show At The Andy Griffith Playhouse

Adjacent to the museum is the Andy Griffith Playhouse, originally the elementary school that Griffith attended as a boy and where he first performed onstage. The building now holds community classes, theater productions, art camps, and live music concerts.

The Original Siamese Twins exhibit and Betty Lynn exhibit are also located in the playhouse. And be sure to see the TV Land landmark statue of Andy and Opie in front between the two buildings.

Pro Tip: Parking is free in the large lot next to the playhouse.

Learn About Eng And Chang Bunker, The Original Siamese Twins

Eng and Chang Bunker’s story is an interesting one. They were born conjoined, attached at the liver, in Siam, now Thailand, in 1811. They were brought to the United States and were on the circus and exhibition circuit for many years. They became U.S. citizens in 1839, taking the surname of Bunker. The twins moved to North Carolina, married sisters Adelaide and Sarah Yates, and soon after moved their growing families (together they had 21 children) to Mt. Airy. The twins died in 1874 and are buried in a common grave at the White Plains Baptist Church cemetery.

An exhibit dedicated to Eng and Chang is located at the Andy Griffith Museum. The exhibit charts their life history and features rare photos, newspaper articles, and artifacts donated by the twins’ descendants. Some of their descendants still live in Mt. Airy.

This exhibit is relatively small, but there is a lot to look at and read. Time spent here, including time at the Betty Lynn exhibit, could take an hour or so.

Pro Tip: You can visit the twins’ burial site just a 15-minute drive from downtown.

The beautiful Historic Earle Theatre, built in 1938, is where Griffith used to watch movies with his friends. In 1958, the premiere of A Face in the Crowd, Andy Griffith’s first movie, was featured at the Earle.

The area’s rich musical history is represented at the Earle, and the regional and national music legends who played here are now honored in the Heritage Hall. You can see a tribute to them on the short self-guided tour with an audio guide.

The Mount Airy Museum of Regional History’s three stories of exhibits cover life in the Mt. Airy area from the early 1700s to the present day. Exhibits highlight the discovery of The Rock in the late 1880s, the railway’s appearance, the emergence of furniture and textile factories, and the city’s reputation as a “Little Chicago.” Other exhibits showcase music, sports, education, and military history.

Mt. Airy has a long and colorful history. There are many grand old homes still standing, holding on to their stories and waiting to tell them. Some offer tours, and others currently operate as bed and breakfasts.

The Gertrude Smith House is a Victorian colonial revival home containing period furnishings and art. It was built around the turn of the 20th century.

The oldest-known structure still standing in Mt. Airy is the William Alfred Moore House, built around 1862. It has an Italianate and Gothic revival exterior and a Greek revival interior.

Both of these homes are listed on the National Register of Historic Places and are open for tours through the Mount Airy Museum of Regional History.

A 14-mile drive from Mt. Airy is Pilot Mountain State Park, a recreational destination that offers miles of trails, camping, and canoeing. Some visitors just want to reach the summit for spectacular 360-degree views. While you can certainly climb to the 2,000-foot summit, you can also drive up or take the shuttle from the visitor center. Check the website for current times, fees, and other important information.

A Mayberry squad car tour will surely be the highlight of your visit. Starting at Wally’s Service Station with sirens wailing, an animated, story-filled tour guide will take you on a memorable ride around town, showing off all its famous landmarks, including Griffith’s boyhood home, the schools and churches he attended, and the places he frequented growing up. A stop at The Rock — Mt. Airy’s historic granite quarry — is also included.

Make Time For Other Mayberry Must-Sees

On South Main Street is Wally’s Service Station, where Goober worked on The Andy Griffith Show. In Mt. Airy, it’s the gas station where Griffith used to walk when he was a boy to grab a bottle of orange pop.

Next to the service station is the Mayberry Replica Courthouse, where you can sit behind Griffith’s desk, type on his typewriter, and even sit in the recreated jail cells that appeared in the show.

Behind these two buildings is the Darling family’s old pickup truck and rustic hillbilly cabin, complete with what appears to be a moonshine still.

On North Main Street is Floyd’s City Barber Shop. You can have your picture taken in the same exact chair that the real-life Griffith sat in when he got his hair cut.

Specializing in goodies that you knew and loved as a kid, Opie’s Candy Store is a must-stop. Wooden barrels brim full of treats, and rows of jars are filled with penny candy. Oh, my!

Our squad car tour guide, Gary, said that Walker’s Soda Fountain has “the best shakes on the East Coast, bar none!” We think he’s right. We swooned over the old-fashioned chocolate malt with two straws. Locals declare that Walker’s has the best hot dogs, too.

Across the street is Barney’s Cafe, and a little farther down Main Street is Leon’s Burger Express, named for Little Leon from The Andy Griffith Show.

Book A Stay At A Local Inn

For the ultimate fan, there is no better place to experience Mayberry than Griffith’s own home. The house is decorated as it would have been when the star lived there and contains Griffith memorabilia, including the complete The Andy Griffith Show. Luckily, Griffith’s boyhood home is available for nightly rental. Reservations can be made through the Hampton Inn Mount Airy and include the Hampton Inn’s continental breakfast.

You will feel right at home at the Mayberry Motor Inn. The beautiful grounds include Thelma Lou’s trail through fragrant gardens, a gazebo to relax on, and a swimming pool. Parked out front is a Mayberry squad car and Emmett’s pickup truck. The inn’s office is filled with Andy Griffith and Donna Fargo memorabilia. Be sure to ask to see Aunt Bee’s room, fully decorated with memorabilia from actress Frances Bavier’s estate.

Two bed and breakfasts that stood out to me and were mentioned by locals are the award-winning Sobotta Manor Bed and Breakfast and the exquisite, highly rated Heart & Soul Bed and Breakfast. Both are reasonably priced and located near the historic downtown area.

Opened in the 1920s, Snappy Lunch hasn’t changed much since Griffith ate there growing up. The prices haven’t changed much, either. Their famous pork-chop sandwich is just $4.45, and it’s the most expensive item on the menu.

The Loaded Goat — named for Jimmy, the dynamite-eating goat on The Andy Griffith Show — is a casual pub with great food and signature drinks. I recommend the fried green tomato BLT.

The Old North State Winery is an upscale but very warm and inviting winery and deli located in the renovated 1890s mercantile building on Main Street. They offer daily wine tastings and a chef’s table wine-pairing experience by reservation. We had a wonderful time tasting their award-winning wines and amazing charcuterie board. We were even treated to a tour of the barrel room downstairs.

All the locals we asked said that 13 Bones serves up the best barbecue around. It’s got good food, good prices, good service — everything you want from a restaurant. It’s a casual, hometown ribs place. The menu also includes steak, chicken, seafood, and sandwiches.

Folks watching The Andy Griffith Show were reminded of a simpler time. Being in Mayberry — I mean Mt. Airy — really takes you down memory lane. 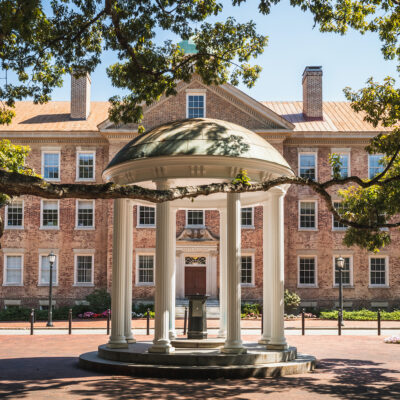 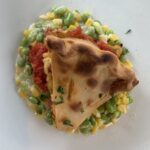 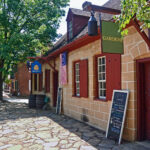 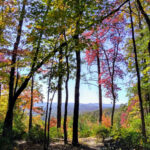