From beachside beauties to desert oases to mountaintop chateaus, historic railroad hotels of the late 1800s and early 1900s remain all across the United States and Canada.

In fact, anyone who has ever felt nostalgia for the era of train travel — when grand hotels offered sumptuous accommodations along the way — should take heart, because a part of that experience is still available.

Although direct train access is gone in many cases (but not all), grand old railroad hotels still offer the leisurely extravagance that once epitomized cross-country train travel.

To be sure, a stay at a grand railroad hotel usually requires a splurge. But I believe it’s worth it for the chance to step back into the golden age of railroad travel.

Here are nine of the best.

La Posada, northern Arizona’s beautiful Harvey House hotel, is the product of two exceptional visions — first of famed Fred Harvey Company architect Mary Colter in 1930, and later of the 1990s team that saved the national treasure and restored it to its original grandeur.

Today, La Posada is one of the last remaining Harvey House creations operating as a railroad hotel. That means that it is possible for travelers to step off the train, check in at the hotel lobby, and spend a night or two in the crown jewel of Winslow before continuing on their journey.

The hotel’s website notes that the Amtrak depot is part of La Posada’s compound, and passengers on the Chicago-to-Los Angeles route arrive at the hotel’s door from all over the U.S.

Guests also regularly drive to Winslow, which is located along Interstate 40 in northeastern Arizona, to take in La Posada’s vintage Southwestern decor, dine in the splendid Turquoise Room, and wander through the hotel that Colter designed to resemble a grand hacienda of a wealthy Spanish landowner.

Winslow is located just over 2 hours from the Grand Canyon and about an hour from the Petrified Forest, making La Posada a convenient base for exploring both national parks. A stay of two or three nights would allow for time to take in Winslow and much of the surrounding region.

Perhaps best of all, the hotel is an easy two-block walk from Winslow’s charming Standin’ on the Corner Park. It pays homage to the Eagles song Take It Easy, which forever secured Winslow a place in the annals of pop music history.

Sitting high atop the fortified Upper Town of Old Quebec, the Fairmont Le Chateau Frontenac is known as one of the world’s most photographed hotels.

It’s easy to see why. With its fortress-like towers and steeply pitched roofs, the grand old railroad hotel stands out dramatically in a city famous for its striking architecture. Built in 1893 by the Canadian Pacific Railway, the Chateau Frontenac has stood the test of time, undergoing several major expansions and renovations over the years.

Today, the Chateau Frontenac is the centerpiece of Quebec City and is definitely worth a visit. Many visitors opt to simply stroll the grounds. But for a closer look, step inside for a beverage at the classic 1608 wine and cheese bar, or plan for a stay in a room that feels fit for royalty.

If you like your historic hotels drenched in sunshine and located just steps from the sea, then the 1887 Hotel del Coronado on Southern California’s Coronado Island should be on your bucket list.

Although the hotel was technically built as a beachside resort rather than a railroad hotel, the Coronado Belt Line Railroad was completed in 1888, connecting the hotel to nearby San Diego and offering a handy transportation option for arriving guests.

Over the years, the iconic resort has hosted at least 11 U.S. presidents, starting with Benjamin Harrison in 1891 and including presidents of the 1900s and early 2000s. In 1958, the picturesque hotel served as a filming location for the Marilyn Monroe movie Some Like It Hot.

Pro Tip: The Bayshore Bikeway, a trail that follows stretches of the long-abandoned Belt Line Railroad, passes close by the Hotel del Coronado, making the grounds of the hotel a convenient stop for lunch or a drink while cycling or walking the trail.

Like Winslow’s La Posada, the 1905 El Tovar was a Fred Harvey hotel, and it also can be experienced at the end of a train ride — an excursion that is a bucket-list-worthy experience in and of itself.

With its broad verandas, soaring lobby, and luxurious log-cabin atmosphere, El Tovar is a sight to see. Any sightseeing trip to the Grand Canyon should include a stop at the historic hotel, whether it’s for lunch in the beautiful El Tovar Dining Room, a night’s stay in the elegantly rustic rooms, or a shady respite on the veranda.

Standing alone on a grassy bluff, the Prince of Wales Hotel strikes a dramatic pose, set off by the lofty mountain peaks of Alberta’s Waterton Lakes National Park.

Built in 1927 by the Great Northern Railway, the hotel is known for its stately gables, peaked roof, and beautiful setting on the shore of Waterton Lake. You can hardly miss views of the hotel on your exploration of the national park, and visitors should make a point to stop by for a closer look — either for a drink in the classic Windsor Lounge or for dinner with a view in the Royal Stewart Dining Room.

Try to arrive at the Prince of Wales in time for the hotel’s afternoon tea, which takes place in the grand lobby overlooking the blue waters of Waterton Lake.

The magnificent Canadian Rockies serve as a backdrop for the Fairmont Banff Springs, one of the oldest of Canada’s grand railway hotels.

The Banff Springs Hotel, located in the midst of the scenic Banff National Park, was built by the Canadian Pacific Railway in 1888. Although the original was destroyed by fire in 1926, a replacement hotel was completed in 1926 and was designated a National Historic Site of Canada in 1988.

The castle-like Banff Springs is a not-to-be-missed sight in Banff. It’s worthy of either a stay in one of the hotel’s cozy rooms or spacious suites or a beverage from a coveted spot on the Lookout Patio.

The Grand Hotel on Michigan’s Mackinac Island was the product of an 1886 collaboration of three companies: the Michigan Central Railroad, the Grand Rapids and Indiana Railroad, and the Detroit and Cleveland Steamship Navigation Company. The concept: Guests would arrive via rail from across the continent and then by lake steamer from Chicago, Erie, Montreal, or Detroit.

The hotel is billed as having “the world’s longest porch” — incentive enough for a visit and a chance to take in views of the Straits of Mackinac from a signature rocking chair.

“Contributing greatly to the hotel’s ambiance is the relaxed atmosphere of Mackinac Island, where cars are not allowed and the horse and carriage and bicycle are favored modes of transportation,” says the hotel’s website.

It is known as the “Castle in the Sky” in downtown Vancouver, and the historic Fairmont Hotel Vancouver more than lives up to its nickname with a profile that is reminiscent of the castles of France and Scotland.

The hotel was built by the Canadian Northern Railway and opened in 1939, just time for a visit from King George VI and Queen Elizabeth.

Sporting a green-clad copper roof, Hotel Vancouver is an iconic landmark in downtown Vancouver and is worth a visit for an up-close look at its unique architecture, well-preserved history, and excellent dining at the Notch8 Restaurant & Bar. More details about Hotel Vancouver are available here.

For a unique perspective on the historic hotel, check out Hotel Vancouver’s new Afternoon Tea in the Window, a chance for one pair a day to enjoy tea for two in a street-level window display on Vancouver’s West Georgia Street.

For a dose of oceanside opulence dating to the days of the railroad magnates, consider a visit to The Breakers of Palm Beach, Florida.

The Italian Renaissance-style hotel opened its doors in 1896 — the project of railroad tycoon Henry Flagler to serve the passengers on his Florida East Coast Railway.

The hotel’s website says it was Flagler who started the trend of grand, gorgeous properties on Palm Beach. After devastating fires in 1903 and 1925, The Breakers “reemerged more opulent each time,” the website adds. 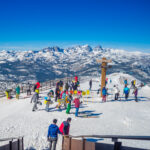 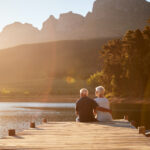 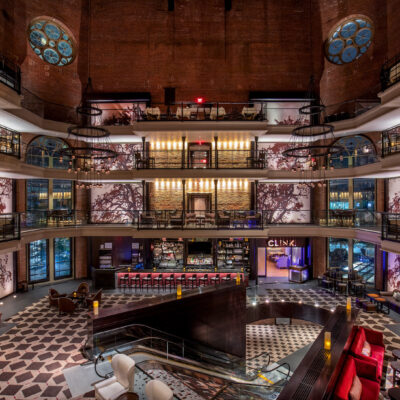 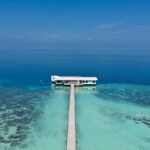 Hotels and Resorts10 Unique Underwater Stays Around The World 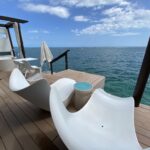 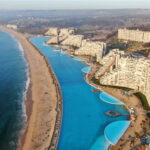