Laura Ingalls Wilder may be best-known for the book Little House on the Prairie. Selling more than 60 million copies, the Little House book series about growing up in the Ingalls family has remained popular for decades. The communities mentioned in her stories, from Walnut Grove to Sleepy Eye, enjoy sharing their love of her writings along with a variety of attractions that are musts for any fan, regardless of age. You may recall the towns from the television series Little House on the Prairie, which ran from 1974-83. Highway 14 from Pepin, Wisconsin, to De Smet, South Dakota, including Minnesota, has been named the Laura Ingalls Wilder Historic Highway and is home to several of the towns, but you can create your own trail from De Smet to her birthplace in Pepin County, Wisconsin, by adding your own stop or two. Here are a few recommendations in following your own Laura Ingalls Wilder Trail. While anytime is great to visit the attractions, since some of them are seasonal, it’s best to visit between late spring and early autumn.

Kick off your Laura Ingalls Wilder adventure with a visit to the Ingalls Homestead in De Smet, about 45 minutes west of Brookings. Home to Ma Ingalls’s Little House on the Prairie — inspiration for the books — which Charles Ingalls built in stages, beginning with a one-room home the first year. The homestead was ceded to the Ingalls as part of the National Homestead Act of 1862. The family had five years to develop the land in order to keep it. The replica of the house closely matches the original. The homestead includes buildings, such as a one-room schoolhouse, which is at the end of an old-fashioned horse-drawn wagon ride. Near the homestead, you can visit the spot where Laura and Almanzo Wilder lived following their wedding. The local cemetery has a section cordoned off for the Ingalls’ gravesites, including Charles’s and Caroline’s.

Pro Tip: Plan an overnight stay in the covered wagons located on the homestead. Or, if you prefer, the Bunkhouse. Imagine hearing the sounds of coyotes howling at night and a rooster’s crow in the morning.

Located on the campus of South Dakota State University, the South Dakota Agricultural Heritage Museum offers an opportunity to learn about farming. With exhibits including a 1915 Case steam engine tractor and a shanty house, the museum features an up-close look at working on a farm as well as agriculture’s impact on the state. As farming became more successful, you’ll see that people started to build two-floor houses, moving on from the shanty style of the 1800s. The museum also hosts special exhibits related to agriculture.

A short detour from Highway 14, Pipestone National Monument provides a look into the history and cultural importance that pipestone has played in creating pipes among Native Americans. Pipestone, in southwest Minnesota, attracted tribes from around the plains to quarry the land for quartzite used to make quality pipes. Today, while you tour the national monument, you may see Native Americans working to find quartzite for pipe making in selected areas. The park is perfect for about an hourlong visit along the paved paths. While there, look for the face-shaped rock formations.

After your visit, head into town and visit the quaint downtown, with some buildings made of limestone and most dating to the late 1800s or early 1900s. Keepers of the Sacred Tradition of Pipemakers is a wonderful place to shop for gifts and souvenirs, featuring authentic Native American works. It’s also home to the world’s largest Native American pipe, which stands outside the store. Antique fans will enjoy shopping at Antiques on the Square.

You may recall Walnut Grove from the television series, as it’s the town where the Ingalls lived. A visit to the Laura Ingalls Wilder Museum takes you back to the days the Ingalls called the town home, as well as to the TV series, with memorabilia from several of the actors on the show, including Karen Grassle, who played Ma Ingalls, and Alison Arngrim (Nellie Oleson). The museum’s exhibits — including a collection of 250 vintage dolls — are in several buildings, including a railroad depot. Exhibits include a quilt owned by Laura Ingalls Wilder and her daughter, as well as a bible from the family’s church.

With a depression in the ground remaining, the Original Ingalls Dugout Site observes the time the Ingalls lived near Walnut Grove. While Pa Ingalls failed to successfully homestead the land, locals have kept the family site open for several years, welcoming fans to visit the area along Plum Creek.

When Laura initially declined Almanzo’s wedding proposal, he headed to Sleepy Eye for a new job. The small town was often mentioned during the series, but rarely seen. Deep in the heart of former Dakota Native American country, the Sleepy Eye Depot Museum traces the history of the region through artifacts and memorabilia, including clothing, toys, and housewares.

Located on the banks of the Minnesota River, the Harkin Store outside New Ulm once served as the main supply source for people traveling in the area. Built in 1870, the store’s owner had big dreams, with riverboats traveling up and down the river, his future looked bright. Until the railroad came to the area and built closer to New Ulm. River traffic slowed, as did business. Adding a post office, Harkins thought they could continue. But, they closed shop in 1901. The store now serves as a historical site, including several of the items that were there when the doors closed. A game of checkers sits on an old barrel; there are canned goods and lanterns, and tin cups line the shelves. It’s a fun place to visit and travel back in time.

Learn how throw blankets and more are made during a tour of the Faribault Woolen Mill. Offering tours each Friday and Saturday, your tour will include watching wool being cast in dye kettles to add color, then being rolled and cut into shapes before eventually being woven into fabric on a loom. The 22-step process takes up to 10 days to create a throw or blanket. The factory, built in 1892, also produces accessories, such as wine bags and can coolers.

If American founding father Benjamin Franklin had had his way, the national symbol of the United States would be the turkey. Instead, the heroic-looking bald eagle was selected. Instead of recommending a tour of the National Turkey Center, Wabasha is home to the National Eagle Center. Home to injured and rescued bald and golden eagles, the National Eagle Center shares the stories of its birds and invites you to tour the facility, taking in the exhibits, as well as observing the eagles during an open session. Some of the eagles are named using Dakota Native American names to pay homage to the tribe that called the area home for centuries before being relocated. A statue of Chief Wabasha stands outside the center.

Laura Ingalls Wilder was born on a farm about seven miles north of Pepin in February 1867. The farmstead was the basis for her first book, Little House in the Big Woods. Her story is celebrated at the Laura Ingalls Wilder Museum through exhibits representing the 1860s, when she was a child. About 10 minutes north of Pepin, you can visit Laura’s birth site at the Little House Wayside Cabin at Big Woods, which is a replica of the home the Ingalls lived in at the time of her birth.

Two more key Laura Ingalls Wilder locations to visit are Burr Oak, Iowa, and Mansfield, Missouri. Charles moved the family to Burr Oak after Walnut Grove to take a job at The Masters Hotel. The hotel is still located on the same site where it stood when the Ingalls lived there. The family lived in Burr Oak for about a year before returning to Walnut Grove. Laura Ingalls Wilder and Almanzo moved their family to Mansfield, Missouri, where they would live for the rest of their lives. It was here that she started writing the Little House books. The Laura Ingalls Wilder Historic Home and Museum in Mansfield attracts about 30,000 visitors annually, including people wanting to pay their respects at her gravesite. 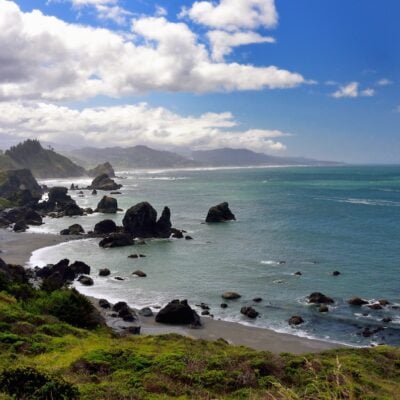 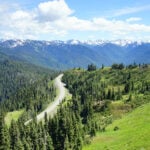