Why You Should Spend A Weekend In Charming Decorah, Iowa

Proud of its Norwegian heritage, Decorah, Iowa, is definitely the place to visit to take in all things Scandinavian. But Decorah is more than just lefse and folk dances. A weekend in the northeastern Iowa community is a walk through nature with eagle viewing as well as hiking trails. And don’t forget about the unique shopping opportunities its main street offers. Oh, and food. The food! Decorah’s culinary scene is worth a trip.

Things To Do In Decorah

From watching the world-famous Decorah eagles to shopping unique stores such as Seed Savers (more on this special place below), Decorah is an inviting community, eager to share its Scandinavian heritage with visitors. Plus, it has outstanding dining options.

Each February, an eagle couple lays eggs in the same nest they’ve occupied for more than 10 years. The Decorah eagles — Mom, as the female is called, and DM2 (Decorah Male second eagle) — nurture the eggs until the eaglets hatch in spring. Then, sometime during the summer, the eaglets are ready to leave the roost and venture out on their own. Meanwhile, the parents live in the area year-round. During your visit, you’ll want to take a walk along the paved trail that takes you past the eagles’ nest, which is easily identifiable, partly because of the camera attached to a tree branch. If you’re fortunate to see them close-up, you’ll notice how large each eagle is. The majestic birds can also be seen online — where they’re an internet sensation — on the Raptor Resource website.

A short walk from the Decorah eagles, the Chuck Gipp Decorah Fish Hatchery offers you an up-close look at raising trout that will eventually be stocked in Iowa’s rivers, streams, and lakes. You’ll be mesmerized watching fish splash about and leap out of the water as you stroll past more than a dozen pools. Iowa’s Department of Natural Resources releases about 130 million fish around the state annually. The Decorah fish hatchery stocks 15 streams in northeast Iowa. From infancy to adulthood, you can see all sizes of trout. You’ll be tempted to buy some pellets to toss into the water and watch the fish scramble to gobble up the goodies.

Decorah celebrates Norwegian heritage with its three-day Nordic Fest the fourth week of July. With a parade showcasing folk dancers, bands, and more, if you’re in Decorah during Nordic Fest, plan to spend two hours watching the floats and other entrants pass by.

Decorah also celebrates its history throughout the year with several exhibits at the Vesterheim Museum. Featuring a look at Norwegian immigration through exhibits including small boats used to cross the Atlantic Ocean, replicas of Decorah homes, and personal items such as ale buckets and clothes, a visit to the Vesterheim will transport you to the early days of immigration. A centerpiece of the Vesterheim, the Tradewind is a 25-foot-long sailboat that carried two brothers across the ocean to a new life in America. The museum is also home to a living history village with an authentic sawmill, a one-room schoolhouse, a Lutheran church, and houses. The village occasionally hosts reenactors, who perform traditional jobs such as blacksmithing and whisk broom making.

Anchored by a 200-foot-tall waterfall, it’s odd to realize that a beautiful nature experience is only minutes from downtown Decorah. Rather than dropping straight down, the Dunning’s Spring Park waterfall gingerly flows downhill without much force. You can walk a boardwalk that takes you above the waterfall, offering beautiful views. People are known to stand in the waterfall and let the cool water flow over their feet. The park is also home to the largest ice cave (PDF) in eastern North America, which is accessible during spring and summer. With ice covering the limestone walls, the 60-foot venture through the ice cave is challenging, and you may need to slip through some passages sideways and lower your head to avoid injury. The City of Decorah notes that it isn’t responsible for accident or injury in the cave.

A store — and an attraction — Seed Savers Exchange seeks to improve the gardening experience. While the store offers a variety of seeds from tomato to pumpkin, you’ll want to explore the farm setting, with gardens dedicated to vegetables, flowers, and other plants. Watch honeybees as they pollinate plants and flowers or stroll through the apple orchard where more than 900 varieties of apples are grown. The farm is also home to a herd of White Park cattle, an endangered cattle breed that once roamed the British Isles. The farm features several trails to hike.

Decorah’s art scene is amazing! With nearly a dozen art galleries and studios in the city or within a short drive, you’ll find all types of art for the viewing. Agora Arts features works by about 250 American artists, including StoryPeople, a series of handcrafted animations used on greeting cards, calendars, and more, by local artist Brian Andreas. Andreas has a studio on Water Street and encourages you to stop by for a viewing and visit.

Where To Shop In Decorah

From antiques and home decor to yard art and clothing, Decorah is home to several mom-and-pop shops. As you stroll through the downtown area, you’ll be tempted to stop in each store just to take in the beauty of store displays. But be careful, or you’ll go home with more than an armful of goods!

From home decor and kitchen accessories to beeswax-infused soy candles, Sparrow’s Candles and Gifts offers unique gifts for yourself or family and friends.

Offering personalized gifts, The Stone Path is the perfect stop to pick up a souvenir or trip memorabilia. With metal stamped jewelry such as charms and bracelets, wood decor, and even baby clothes, you can personalize almost anything at the store.

From breakfast to dinner, you’ll be impressed with the culinary scene in Decorah. With several restaurants featuring home-cooked meals, you’ll swear you’re at Mom’s for Sunday dinner. You may find yourself struggling to try something new because you’ll find a favorite dish that you know you’ll enjoy again and again.

The Viking statue outside holding a slice of pie as his shield is a different take on Decorah’s Scandinavian heritage. Family Table Restaurant has been a Decorah staple for nearly 70 years, after starting as a root beer stand. With so much to tempt you, almost everything on the menu jumps out. However, check out Texas Bill’s Pancakes, a meal that features two large and fluffy pancakes, hash browns, and your choice of meat. The Western Potato consists of hash browns topped with onions, peppers, diced ham, and American cheese. Open 6 a.m. to 8 p.m. daily, Family Table Restaurant also offers lunch and dinner.

Open daily for breakfast and lunch, Ruby’s Restaurant and Catering is known as the home of traditional Norwegian food as well as American standards. Featuring breakfast all day, Ruby’s also has a lunch menu. You will want to order Ronnie’s cinnamon roll. Plan to share the deliciousness that is the cinnamon roll, with its soft, moist texture and impressive taste. Ruby’s is open 7 a.m. to 2 p.m. Monday through Saturday and 7:30 a.m. to 2 p.m. Sunday.

Ask anyone who’s been to Decorah, and they’ll tell you that you must try the pizza at Mabe’s. Mabel White opened a sandwich shop downtown in 1949. She was so trusting that she let people make their own sandwiches and even change at the cash register. One day, a Luther College student asked if he could make a pizza. Without knowing what a pizza was, she gave him her approval. Mabel’s Lunchroom quickly became known for its pizza. In 1968, she changed the name of the restaurant to Mabe’s Pizza. Mabel ran the family-owned eatery until 1981, when her son took over. Today, her grandson and his family own the restaurant. Serving more than 100,000 pizzas each year, Mabe’s Pizza has become one of the most popular pizzerias in Iowa. While Mabe’s also offers burgers, sandwiches, and Italian entrees, it’s the pizza that most people want to try. Challenge your taste buds with a pizza such as the Bacon-Bleu Burger, which is covered in blue cheese, hamburger, and melted Swiss cheese.

No visit to Decorah is complete without a visit to The Whippy Dip ice cream stand. With an excellent selection of flavors including butter pecan, enjoy a cone, a cup, a sundae, or another treat.

Where To Stay In Decorah

While Decorah is home to several hotels, I strongly recommend that you check into the Hotel Winneshiek. Built in 1905, the hotel is elegance defined, but at a reasonable rate. Located next to the vintage Steyer Opera House, the Hotel Winneshiek’s decor showcases the opera’s history by incorporating musical instruments and accessories as well as historical pieces. Rooms are classically adorned and have modern amenities.

Vacationing in Iowa? Don’t miss seven fun places to explore in Northern Iowa or the eight best hikes to experience in Iowa. 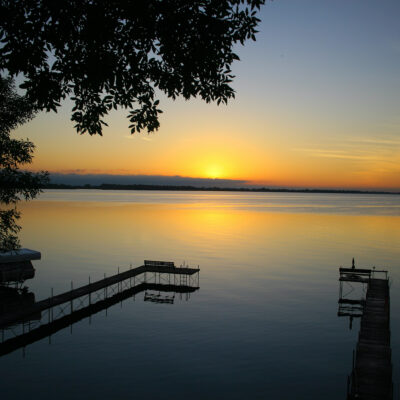 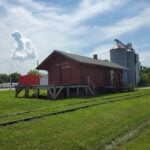 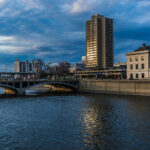 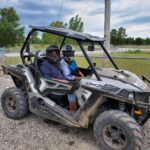