France is the country of wine and champagne, and everybody who enjoys the occasional tipple knows about the regions of Champagne, Bordeaux, Burgundy, Alsace, Languedoc, Loire, and many more. Entire stretches of France — to be more precise, nearly two million acres of French countryside — have been given over to the growing and producing of some world-class wines.

Rolling hills covered in vines growing orderly in lines and lorded over by large farmhouses or even chateaux tend to attract droves of visitors, locals and tourists alike, to sample the produce, and a visit to at least one wine-producing region is generally on everybody’s to-do list when coming to France.

What most people do not know, though, is that within the city limits of Paris, there are several vineyards that make up some of the 132 vineyards in the greater Paris region. These are usually tiny, producing at most a few hundred bottles that are treasured and hard to come by. But despite grand chateaux and regular wine tastings not being the order of the day for these little vineyards, it is just as much fun to discover them hidden in plain sight right within the city, offering a dash of French countryside snuggled into tight spots steps away from the beaten tourist sights but often overlooked.

Here are my seven favorite mini vineyards in and around Paris.

On a small hill just behind the Montmartre Museum lies the Clos Montmartre, the best-known vineyard in Paris. Even though wine has been produced in this area for more than 1,000 years, this vineyard was developed in 1933 to stop property developers from buying up the green space and putting buildings on it. The following year, after the first harvest, one of the most loved festivals in Paris, the Fete des Vendanges, the Grape Harvest Festival, was inaugurated, and it is still going strong today. Celebrated over a long weekend in October, the small streets below the white church of Sacre-Coeur are filled with stands selling wine, champagne, and the odd cocktail, plus plenty of food to accompany the drink.

The grape varieties used to be nearly exclusively pinots and Gamays, but to cope with the changing climate, grapes now include pinotin, Muscat bleu, Jura noir, and cabernet noir. Around 1,000 half-liter bottles with specially commissioned labels are produced every year and are sold locally for more than 50 euros ($60 USD) per bottle. They’re pricey, but all the money made goes to charity.

Pro Tip: Taste Tours offers guided tours that get you access to the vineyard and a taste.

Another of Paris’s many buttes, or hills, Butte Bergeyre is probably the best hidden. Reached by climbing a set of quite steep but manageable stairs heading up from the lovely Parc Buttes-Chaumont, you’ll have plenty of views to admire while you are catching your breath on the way up. The vineyard is situated beside a set of five tiny winding residential streets filled with marvelous houses you might wind up dreaming about. The hill once held a set of windmills and then a short-lived amusement park before, in the 1930s, it became a residential area known for its resident artists and architects, who also planted the small vineyard that grows mostly pinot noir and chardonnay grapes. The vineyard opens to visitors during the harvest festival in October, and during the garden festival, usually held on the last weekend of September.

Pro Tip: You can visit this vineyard with Taste Tours for a look and a taste of the exclusive wine.

The 15th arrondissement is not usually on visitors’ to-visit lists, but it really should be. Parc Georges-Brassens lies right at the bottom end of Paris, near where the slaughterhouses of Vaugirard used to be. Once a quartier to be avoided, it has long since blossomed into not only a good residential area, but it also has access to the old Petite Ceinture, the train line that once circled Paris but has, in many places, been turned into a great place to walk. There is a superb park complete with mini chateau. The small vineyard here was resurrected in the 1980s, and 600 vines of pinot noir and pinot Meunier produce between 400 and 1,300 pounds of grapes annually. Ever since 2011, the bottles of wine are auctioned off once a year in the 15th-century town hall by the Vaugirard Club to raise money for charity.

Pro Tip: If you visit on a Saturday, you will find a superb book fair taking place underneath the roofs that once covered the livestock market.

Just when I said that none of these vineyards has a chateau on its grounds, this one has a rather magnificent villa built in the 1920s for a maharaja. The only privately owned vineyard in Paris, this one is probably also the chicest. Accessible from the lovely Parc Bagatelle, which is part of the huge Bois de Boulogne, one of the two forests within Paris’s city limits, it is situated alongside the Seine, where houseboats are moored and riverside paths are inviting for a Sunday stroll. Even aside from the vineyard, this is a lovely spot to come and explore away from the hustle and bustle of the trodden tourist path.

Pro Tip: Not only can you get married or hold any other fine event in the grand vineyard house, but you can also organize private tours and tastings of the sparkling wine produced here.

The highest hill in Paris with some of the best views, all set in a colorful neighborhood that is known for its street art, Belleville Park also has its own tiny vineyard, growing some 140 vines of pinot Meunier and chardonnay. According to legend, this vineyard’s ancestors were vines grown as early as the 14th century and associated with the French word piquette, meaning “bad wine.” But this doesn’t mean the wine made here is bad. Actually, the term once meant young wine, but it was corrupted over the centuries and is now slang for bad wine.

Pro Tip: Why not book an organized wine bar crawl through this interesting neighborhood so you can learn about its history and wines over a decent glass or few?

Right in the heart of Saint-Germain, where people walk, sit in cafes, and shop, lies what must be Paris’s smallest vineyard: Clos St Julienas (note: this page opens in French, but your web browser may give you the option to translate it into English). Ten vines of Gamay are grown in the tiny Square Felix-Desruelles courtyard that borders the bustling Boulevard Saint-Germain, nestled next to the magnificent church and the grand art nouveau porcelain plaque that was made to celebrate Sevres porcelain. Every year the Saint-Julienas des Pres brotherhood inducts well-known local personalities to honor and maintain the vines entrusted to them for one year. I can only guess that they also get to drink the spoils.

Pro Tip: While you might not be able to sample this rare vintage, you can enjoy a good glass while sitting back to enjoy the bustle in the nearby historic Cafe de Flore, which offers some of the best people-watching in Paris.

The old wine storage houses of Cour Saint-Emilion, named after the superb vine-growing region down near Bordeaux, have long been turned into little restaurants and shops that draw crowds with their charming vibe. But they also bear witness to the wine-making past of that area and what was once, reportedly, the largest wine market in the world. Planted as recently as the 1990s, today, 350 vines made up of sauvignon and chardonnay varieties still grow in Parc de Bercy, producing some 250 liters of wine each year.

Pro Tip: Explore the area, learn about the history, and have a tipple with a Taste Tour. 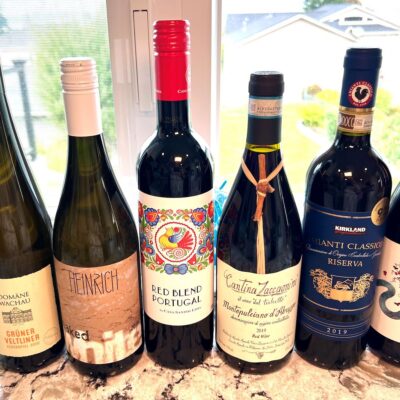 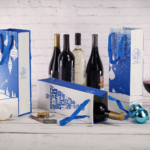 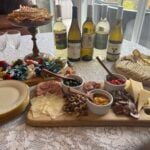 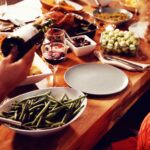 Wine8 Best Wines To Serve With Thanksgiving Dinner, According To A Sommelier