How To Spend A Day In The Quaint Village Of Barbizon, France

Travel just a little over an hour from Paris, and you can be transported to an enchanted forest and the charming village alongside it.

Barbizon was once the base for the kings of France as they’d hunt in the nearby Fontainebleau forest. In the 19th century, a group of painters discovered the rural beauty of the Barbizon landscapes, which inspired a school of painting that was dedicated to a new realism portraying everyday life. Field workers and peasants were frequently depicted in the paintings, against backgrounds of open land. Jean-Baptiste-Camille Corot, Theodore Rousseau, Jean-Francois Millet, and Charles-Francis Daubigny were among the leaders of the movement. Van Gogh was a fan of the school and imitated the style in his own paintings. In the latter part of the 19th century, a second generation of artists from the Impressionist era, including Monet, Renoir, and Alfred Sisley, painted in Barbizon.

Once the home and studio of the most celebrated of the Barbizon school of painters, Jean-Francois Millet, La Maison et Atelier de Jean-François Millet offers an intimate and informative experience of the artist. Millet and his family lived in the compact home consisting of three rooms: the kitchen, the living quarters, and his atelier (a workshop or studio).

The living quarters has a collection of artifacts, photos, objects, self-portraits, and personal possessions. Bright, natural light floods the atelier, where Millet painted two of his iconic masterpieces, The Gleaners and The Angelus, among hundreds of other paintings. Today the atelier features paintings and drawings reflecting the Barbizon style of painting. There’s also a separate gallery where you can purchase authentic 19th-century artwork from the Barbizon school.

The former home and painting studio of the other best-known Barbizon artist, Theodore Rousseau, and the Ganne Auberge, an inn built in the 1820s, now make up Musee de Barbizon, the Barbizon School Museum. The outside of the building constructed of stone has vines and ivy covering it, along with white, painted wood shutters. The trajectory of the museum is based on a guidebook published in 1854, which gave a highly detailed tour of the museum. Eventually, the museum was renovated, and rooms were reconstructed, painted, and wallpapered according to the guide.

In addition to the restored rooms, the museum has three exhibitions focusing on the subject matter of landscapes and animals. Artists in the exhibitions include Jean-Francois Millet, Narcisse Diaz de la Pena, Constant Troyon, and Rosa Bonheur. An audio-visual presentation transports you to the 1800s, when artists fled Paris to Barbizon to paint more realistic paintings and to socialize in the even more bohemian atmosphere.

Since the nearest train station to Barbizon is Fontainebleau, you can spend a half or full day at the Chateau de Fontainebleau. Less known but just as historically significant as the Palace of Versailles, Chateau de Fontainebleau was the home of 34 kings and two emperors, and the only chateau that was lived in by every French monarch for almost eight centuries. The 1,500-room palace is one of the largest in France and is the most lavishly furnished. Marvel at the unique and historic rooms including Marie Antoinette’s boudoir, the Throne Room of Napoleon, the Apartment of the Pope and the Queen Mothers, the Chinese Museum, the Chapel, and the private theater.

A series of magnificent gardens are spread out over 300 acres of land and include the Queen Diana Garden, a carp pool, an English garden and freshwater spring, a French Renaissance garden, and a French formal garden, kept in the preferred style of King Louis XIV.

Other activities offered at the chateau are rental boats on the pond, horse-drawn carriage rides, a train ride through the gardens, and racquetball in the original indoor court built for the kings.

Fontainebleau has the second largest forest in France, sprawling over 66,000 acres, and attracts over 13 million local and international visitors every year. The forest is a UNESCO Biosphere Reserve.

Rock climbing, hot air balloon rides, parasailing, biking, horseback riding, hiking, and donkey and sled rides are just a sampling of the wide range of activities available in the forest.

Hotellerie du Bas-Breau, the main hotel in Barbizon, has a casual bistro and a formal restaurant. The intimate, handsome bistro has only 12 tables and the windows face a lovely view of the village. Since the nearby Fontainebleau is a hunting forest, in the fall, the bistro serves game, including venison, accompanied by autumn vegetables.

Where To Stay In Barbizon

Hotellerie du Bas-Breau is a four-star, family-run hotel in the heart of town, and the owners, Jean-Pierre Fava and his wife Dominique, have owned and managed the hotel for 52 years.

The hotel only has 16 rooms, plus four suites and one villa. They range in size from 300 square feet for a standard room to a generous 600 square feet for the junior suite. Rooms are individually done in distinctive decor, ranging from rustic and cozy with colors of red, rust, yellow, and green, to more formal, French-style rooms that include toile de Jouy prints and canopy beds. The suites have bathrooms with mini-spas and Jacuzzi tubs.

The beautiful grounds of the hotel are set on a three-acre private park that has manicured lawns, squared formal hedges, classic sculptures, and enormous trees. In summer, there’s an outdoor pool with a wood deck.

How To Get To Barbizon: Pro Tips

Certain tour companies have one-day packages that include guided visits to Chateau de Fontainebleau and Barbizon. 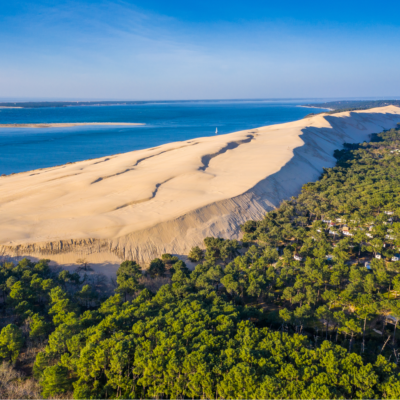