With its natural forests, ancient ruins, classical architecture, and spectacular lakes, Bolivia offers a dazzling array of experiences for adventurous travelers. In fact, if you’re visiting the South American country for the first time, you might be overwhelmed by the options. The good news: However you structure your trip, you’ll end up with some incredible memories.

Here are a few especially beautiful places to visit in Bolivia. Some take you off the beaten path, and others are well-known tourist attractions, but they’re all worth your time. Just make sure to bring your camera!

1. Jesuit Missions Of The Chiquitos

Between 1696 and 1760, Spanish Jesuits built these missions in Eastern Bolivia in an attempt to convert the local inhabitants to Christianity. In the mid-18th century, Charles III of Spain banished the Jesuits but left the religious order’s churches intact. Today, the carefully maintained missions are some of the country’s most impressive historical sites.

Tourists can visit the seven missions, six of which have been designated a UNESCO World Heritage site. These churches showcase some of the most beautiful and intricate religious architecture in the region, so set aside at least five days of travel if you’re planning on visiting all seven. If you’d prefer a shorter trip, check out the two most popular churches, San José and Concepción.

We can see why this dramatic area of spiked, jutting rock formations earned its name, which translates to “Valley of the Souls.” This geological wonder is actually a carved-out and eroded glacier valley, but the first inhabitants to stumble upon these formations believed they were petrified souls reaching up to the sky.

The formations are located in the Palca Canyon, which is about 45 minutes east of La Paz. It takes about 2 to 3 hours to hike the area, depending on the weather.

No visit to La Paz would be complete without a trip to Muela del Diablo (literally “Devil’s Tooth,” also known as “Christopher” or “Chris” to the locals). It’s the solidified core of an extinct volcano, and when standing atop it, you’ll enjoy an incredible view of La Paz and the surrounding valley.

You’ll need to bring your hiking shoes, along with plenty of water, sunscreen, and snacks; it’s about a 3-hour trek if you’re able to take a taxi to the small town of Chiaraque, but the trail is not very demanding.

Sucre is the capital of Bolivia and an excellent place to take in the country’s wonderful Spanish architecture. Founded by the conquistador Pedro de Anzúrez in 1539, Sucre is home to the Metropolitan Cathedral of Sucre, the world’s largest brick cathedral.

You’ll also find a variety of museums, shops, plazas, and even a dinosaur park. Be sure to stop by Plaza 25 de Mayo, a city center bustling with street vendors, shops, and music.

Spanning the border between Peru and Bolivia, Lake Titicaca is the world’s highest lake still accessible to large vessels. The lake sits 12,500 feet above sea level and is believed to be over three million years old.

Researchers have found ancient ruins along the bottom of the lake, indicating that the area was once home to some of the oldest civilizations in the Americas. Snow-capped mountains surround the lake, providing amateur photographers with exceptional opportunities for once-in-a-lifetime shots.

While you’re visiting Lake Titicaca, be sure to stop by one of South America’s most sacred islands.

With a name that translates to “Island of the Sun,” Isla del Sol is one of the best places to absorb Bolivian culture while taking in gorgeous views. It’s a fairly small island with a laid-back vibe, and you can experience most of what it has to offer within a day — but you’ll have a packed itinerary. During your time on the island, you can explore Incan ruins, walk through the beautiful Bolivian countryside, and purchase woven baskets and other traditional crafts from the locals.

Be sure to stop by the Museo del Oro in the center of Cha’llapampa, where you can check out some of the artifacts recovered from the waters of Lake Titicaca.

The salt flats of Salar de Uyuni are absolutely breathtaking, but they’re not necessarily easy to visit. The most popular point of departure is Uyuni, a small Bolivian town that offers day trips to the flats. Visitors can also approach the flats from San Pedro de Atacama, Chile, and from Tupiza, Bolivia.

Book a tour during the rainy season (November through April), and you’ll be rewarded with unbelievable views; the sky reflects off the thick, polygonal salt crusts, creating the illusion that you’re standing on another planet.

Conservation is important to Bolivians, and Madidi National Park is one of the world’s best examples of a well-preserved wilderness. Described by ecologist Rob Wallace as “a place where the Amazon meets the Andes,” it’s composed of 7,000 square miles of diverse habitats. Obviously, vacationers can’t see all of it — not without some really, really great shoes — but you can experience some of Madidi’s incredible beauty by booking a stay at the Chalalan Ecolodge, which is operated by an indigenous community that promotes ecotourism as a means of ensuring the sustainability of the region. Plan on visiting during the dry season (May through October), since you may have trouble reaching the park during the wetter months. 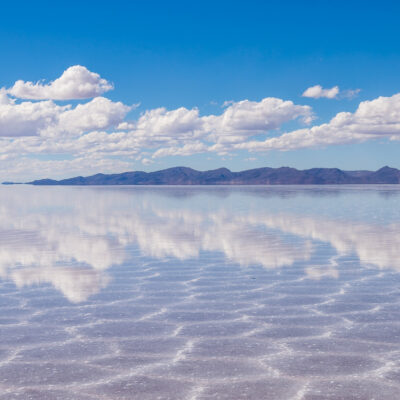 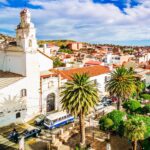 BoliviaVisiting Bolivia: 8 Things To Know Before You Go 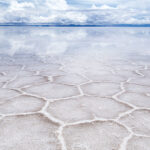 BoliviaHow To Visit The Salt Flat Of Salar De Uyuni