The Best Renaissance Fairs In The U.S.

America has some of the best festivals and fairs around, especially when it comes to Renaissance fairs. Dedicated actors populate the grounds with authentic costumes; knights take to horses and joust with one another; vendors sell their medieval- and fantasy-themed wares. And we, the attendees, get to join in with our own costumes as we sample meals, select treasures to bring home, and cheer for the white — or red — knight as they take to the field on horseback.

There are literally dozens — even hundreds — of these fairs and fests taking place each year. And these 10 are the absolute best ones you’ll find coast to coast. Any one of them is well worth a special visit to the area just for the Renaissance event.

Running from late October into December thanks to the warmer weather in the southeastern corner of the state, the Texas Renaissance Festival is a top-tier Renaissance fair that attracts somewhere around half a million people each year.

The Texas fest features eight or nine uniquely themed weekends each year, including Oktoberfest, All Hallows’ Eve, Heroes and Villains, Barbarian Invasion, Highland Fling, Celtic Christmas, Pirate Adventure, 1001 Dreams, and Return to the Renaissance. Themes may vary from year to year, but the adventures are always fresh, exciting, and fun for the whole family.

The fair takes place in an interactive theme park that highlights forms of entertainment that became popular between the 14th and 17th centuries. Events and highlights include polka dancing, the Musketeer’s Banquet, the Magic Garden, a 55-acre theater, roving musicians, storytellers, and other entertainers.

In 2019, the Texas Renaissance Festival runs from October 5 to December 1 every Saturday and Sunday, plus the day after Thanksgiving.

Another extremely popular Renaissance event is the Valhalla Renaissance Faire, held in South Lake Tahoe each year — typically during the first two weekends of June. The weekends features unique themes that vary from year to year.

You’ll spot barbarians, nobility, pirates, and ladies of the court decked out in full regalia while shopping among 100+ booths and shops where merchants sell everything from crafts and jewelry to artwork, clothing, historic weapons, and leather goods.

The Bristol Renaissance Faire in Kenosha, Wisconsin, is basically the Renaissance fair for Chicagoland. It’s only about an hour away from the city and runs all summer long — from early July to Labor Day each year. During the fair, the grounds are filled with more than 200 artisans selling wares like jewelry, pottery, wooden mugs, corsets and costume pieces, feather fans, pewter goods, and crafted leather.

Take in some jousting matches, watch hand-to-hand combat or knife throwing shows. Or, if you want to try your hand at the sports of yesteryear, you can throw axes, shoot crossbows, and even do some sword fighting for yourself. Some of the more interesting shows you might catch include Moonie — a longtime attendee and performer at Bristol who communicates a lot more through whistling than you’d believe possible — and the Fire Whip Show by Adam “Crack” Winrich.

Bristol is a great fair for families thanks to the pony rides, kid-focused entertainment, and activities for the young fry, but you’ll also find specific shows in the evenings that are geared toward adults, plus a pub crawl that takes place every day of the fair.

In 2020 the Bristol Renaissance Faire will run from July 11 through September 7.

The Medieval Fair of Norman has been running since 1977, meaning 2020 will mark its 44th year, and is one of only a few free medieval fairs in the country. The fair only runs for one weekend in April, so plan accordingly.

The fair is a living history featuring educational exhibits, demonstrations, games, food, arts and crafts, and entertainment on seven stages. You can enjoy the king’s court and witness mermaids, jousting knights, jugglers, dancers, and wandering minstrels as they keep the medieval village active from 10 a.m. to 7 p.m. all weekend.

You can shop at 200 or more artisan booths with offerings ranging from wood crafts and stained glass to armor, costume pieces, jewelry, hair garlands, and watches.

Norman will celebrate the Medieval Age in 2020 from April 3 to April 5.

The 27-acre grounds situated in the woods features 10 stages, roaming minstrels and bards, and a cast of over 200 professional actors who will tantilize your senses with the wonders of early modern Britain. The festival’s jousting arena seats over 3,000 people, meaning great views and decent seats.

One unique feature of the Maryland Renaissance fest is its costume-rental program. Those who love a good costume but don’t have one on hand no longer have to miss out. If you show up with friends or family members who are all decked out, just grab a tunic or gown and blend in with ease.

You can also enjoy the festival’s annual storyline. Some attendees really get into it, and you can have loads of fun with it, too, along with your shopping, eating, and general merrymaking. The storyline is definitely an element that helps make this fest superior to many others. The Maryland Renaissance Festival is not merely a craft shop or entertainment venue. It’s a family tradition, an exploration of the past, and an unforgettable theatrical experience filled with magic, jousting, and stunning pageantry.

The fest runs on select weekends from August through October each year.

Another amazing Renaissance fair in Texas is the Scarborough Renaissance Festival hosted in Waxahachie, south of Dallas. The fest runs from early April to late May each year. It sprawls over more than 35 acres of land and boasts two dozen stages for live entertainment. With over 200 acts — including swordplay, comedy, and musical shows — you’ll never run out of things to watch and do all day long.

You can enjoy steak on a stake, shepherd’s pie, a mug of ale, and other Scarborough classics, all while perusing the wares of artisans selling handicrafts, costume pieces, old weaponry, and more.

The Minnesota Renaissance Festival in Shakopee, Minnesota, has nearly 50 years’ experience bringing together one of the top-rated Renaissance fairs in the country. The village setup feels and looks like a slice of 16th-century England, complete with a stunning royal court, 800-plus entertainment opportunities, and hundreds of food booths and medieval-inspired artisans and vendors.

More than 300,000 folks attend the fair each year, celebrating the splendor of days gone by. It boasts a royal ale fest, a journey down the Silk Road complete with belly dancers, longbow events, armored jousting, and so much more.

The fair runs weekends plus Labor Day from mid-August to the end of September.

For those looking to experience Merry Old England in a slightly different way, the Sherwood Forest Faire in McDade, Texas, is a splendid opportunity. The fair highlights the fun and mayhem of Robin Hood and his band of merry men, who roam the grounds trying to avoid the Sheriff of Nottingham.

The fest has 40+ stage acts, a fairy tea party for the little ones, parades, family-friendly shows, rides, and games that the whole family can enjoy. Delicious food, of course, can be found throughout, along with more than 150 artisans selling wares and take-home treats. See crafting demonstrations, watch combat shows, or just hunker down for an afternoon of good mead.

The fair’s schedule highlights each weekend’s theme, so decide if you’d prefer to don a costume that aligns with the activities of, say, Romance Weekend, Heroes and Villans, or Time Travelers, and plan your trip accordingly.

Another major festival with a medieval and fantasy bent is the Carolina Renaissance Festival and Artisan Marketplace, which takes place every autumn in Huntersville, North Carolina. The fest features over 100 artisans selling unique wares and handicrafts you won’t find anywhere else. Finds range from parasols and hand-forged copper roses to uniquely crafted hand-blown glassworks and masks.

Three jousting events take place daily, with 500+ costumed characters meandering the grounds looking for storytelling opportunities. You’ll also spot the Living Mermaids in their underwater homes and have the opportunity to watch falconers at work with their incredible birds of prey.

If you’re headed to a Renaissance fair this fall, don’t miss the opportunity to see the beautiful changing leaves while you’re en route. Here are the best times to see fall foliage in the continental U.S. in 2019. 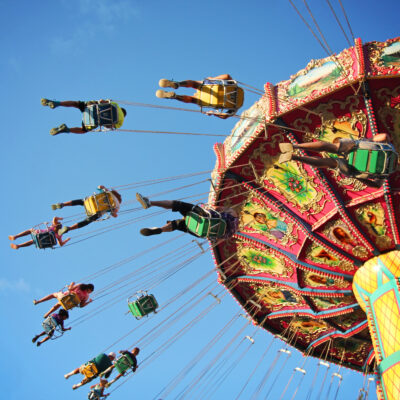 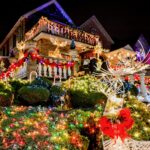 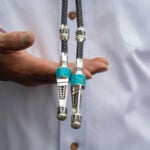