Experience Royalty: 9 United Kingdom Castles You Can Actually Stay In

We all have those moments of wanting to live out our far-fetched fantasies. Taking up residence in a castle, however, is one that isn’t completely out of reach. If you have ever spent hours daydreaming about what it would be like to take the place of the royal family and live in a beautiful castle full of history and class, we’re here to show you just how to turn that dream into reality.

Let your inner royal out as you kick back and relax in one of these stunning and elegant castles in the United Kingdom. We’ve put together a list of nine castles that you can stay in for your next trip. They’re so lavish and stunning, you’ll leave feeling confident that you’re of royal heritage, too.

This castle is truly fit for royalty as it was a gift from Caedwalla, King of Wessex, to Bishop Wilfred. Amberley Castle is located in West Sussex, England, and has survived throughout the ups and downs of British history. In 1989, the property was revamped into the enchanting castle hotel that it is today.

The castle offers a restaurant that is open for lunch, dinner, and afternoon tea, as well as private dining affairs. The castle’s classic room starts at as low as £253.49 ($284 USD) a night but rates go up depending on the days booked. The castle offers a variety of room options, however. For more information on booking, check the castle’s website to find the best room and rate for your stay.

Pentillie Castle and Estate is a family-run castle hotel located in Saltash, England. Its history dates back to 1698 when Sir James Tillie had it built. Sir John Coryton had a nearby estate and after his death, Tillie married his widow, thus combining their two estates into one. Today the latest generation of Corytons is in charge of the estate, and in 2009 they repurposed and reopened the castle as a five-star boutique hotel.

When it comes to dining, the castle offers a variety of options. There’s afternoon tea at the castle, dinner at the castle, and there’s an option for formal dinners or private celebratory dinners to be arranged. The castle also has the option of DIY suppers, which are essentially ready-made dinners that can be heated up on demand in the homestyle kitchen. The castle’s Kitson King-Size Double room starts at £175 ($196 USD) a night and room prices go up for the property’s grander options.

Located in Swinton, England, this castle was originally a Georgian country house. The Swinton Estate officially became a castle in the 1800s after a bit of remodeling and the addition of Gothic architectural elements. The property was home to the Danby family in the 1600s but was eventually bought by Samuel Cunliffe-Lister in the 1880s. In 2001, later generations of the Cunliffe-Lister family began the process of opening the castle up as a hotel. The property now has nearly 200 staff members who help the hotel run smoothly.

The castle functions as a full-service getaway as Swinton Outdoors, Swinton Cookery School, Swinton Country Club and Spa, and the hotel are all situated on the grounds. The castle hotel has several dining options and food experiences for its guests. You can enjoy fine dining in Samuel’s Restaurant, opt for private dining, visit the Swinton Country Club and Spa’s Terrace Restaurant and Bar, have traditional afternoon tea, take a Chef’s Table cooking class in the Swinton Cookery School, have a peaceful garden lunch, or go on a fun Swinton picnic. When it comes to accommodations, there are many room options to choose from. The Knight’s Room starts at £175 ($196 USD) and rates go up for more luxurious quarters.

Leeds Castle is celebrating its 900-year anniversary in 2019 and urges visitors to travel to Maidstone, England, to enjoy its beautifully landscaped 500-acre estate. Throughout its history, the castle was owned by of six medieval queens of England and it now holds the position of being the most-visited historic building in Britain.

Know that this castle is more than just a hotel as it offers several options for accommodations. Guests can book a stay at one of the holiday cottages on the estate, opt for a room at the bed and breakfast, or partake in a night of knight’s glamping in one of the estate’s period-inspired striped pavilions. The main manor house guests can stay in is named Battle Hall. Prices for all accommodations vary monthly. For more information on booking, visit the castle’s website and get inspired by all the unique accommodation options the property offers.

Cornhill Castle wasn’t always as grand as it appears to be today. Located in Biggar, Scotland, in its early years, the castle wasn’t much of a castle at all. Instead, it was a quaint farmhouse built for the Bruce Campbell family. In 1851 the property was sold to Alexander Kay, a merchant who built the estate into the grand and beautiful castle that stands today. After several other owners came and went, in 1998 the castle was purchased by the Fraiolis, the couple who transformed it into a much-loved hotel.

Dining at the castle is available at Ghillie Restaurant, where you can eat a real Scottish feast. Room rates will vary month to month.

This castle in Hever, England, was built in 1270 and was once the home of the famous Boleyn family. The castle was the childhood home of Anne Boleyn — the woman who inspired Henry VIII’s renunciation of Catholicism and the creation of the Church of England. After the Boleyns, the castle went on to be owned by several other royal families and was eventually repurposed as a castle hotel.

This grand castle offers several restaurant and dining options including Moat Restaurant, Guthrie Pavillion Cafe, Guthrie Pavillion Restaurant, Hever’s Pizza Van, ice cream kiosks, Loggia Bar, and the Waterside Bar Restaurant and Terrace. You can also enjoy a relaxing picnic or afternoon tea in the Anne Boleyn wing of the castle. When it comes to accommodations at the castle, there are two options for your stay. You can either enjoy a five-star room in the Anne Boleyn or Astor wings of the castle or book the medley court for larger parties. Rooms start as low as $123 a night.

Peckforton Castle is located in Tarporley, England, and was purchased in 1840 by John Tollemache, who renovated the property into the medieval castle of his dreams. The castle was passed down through the Tollemache family line until Lord Bentley Tollemache left the castle in 1939, designating it a place for disabled and evacuee children during World War II. Since then, the castle has gone through several owners and has been used for various purposes that led to its present status as a castle hotel.

The castle offers two restaurants, the 1851 Restaurant and the 2010 Brasserie. Room rates start at $229 a night for the classic double and increase in price based on the opulence of the room.

Mingary Castle is located in Kilchoan, Scotland, on the Ardnamurchan Estate. This castle was built by the MacDouglas of Lorne in between 1265 to 1295 to cater to the Lords of the Isles. After much feuding between the Highlands and Islands, Sir Donald MacDonald of Lochalsh destroyed the castle. It was rebuilt soon after by John MacIan, who died in subsequent fighting and was buried, with his sons, nearby. The castle has seen a lot of turmoil and gone through many owners, but now stands as a restored castle hotel.

The Mingary Castle offers its guests 10-plus-course tasting menus every night during their stay. Prospective guests are given four accommodation options: the MacDougall, MacIain, McCain, and MacDonald suites. Room prices vary based on the day, month, and accommodation selected.

Tucked away in Fochabers, Scotland, is Gordon Castle. In the 18th century, the fourth Duke of Gordon transformed the castle into a grand Scottish mansion. Unfortunately, creating the grand castle came at a cost that was too much for the fourth and fifth Duke of Gordon to keep up with, and they landed themselves in debt. Like the fictional Downton Abbey castle, the castle was used as an auxiliary hospital for wounded soldiers during World War I, but in 1938 the Gordon family was forced to sell the castle. Today, it’s a fully functioning castle hotel.

The hotel offers a cafe with seasonal Scottish dishes. There are several accommodation options on the castle’s grounds including the garden cottage, a lakeside cottage, the courtyard cottage, the Quarry Gardens Lodge, and the 3 Kennel Cottage. Each has a minimum three-night stay. Prices vary so check out the website for booking. Note that booking a stay in the castle itself is done on a case-by-case basis and requires that you call or email the castle staff.

For more castle fun and information on castles you can visit outside of the United Kingdom, read “Want to Visit A Castle? Here Are 8 Surprising Places Where You Can!” and get busy planning the castle vacation of your dreams! 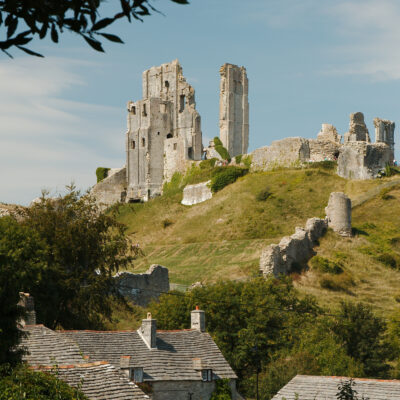 United Kingdom7 Haunted Houses To Visit In The UK 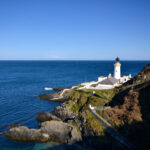 United Kingdom7 Beautiful Islands To Explore In The UK 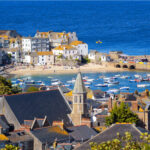 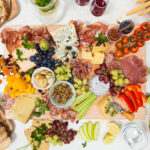 United Kingdom10 Delicious Prepared Picnics You Can Buy In The UK, Plus Where To Enjoy Them
Feeling Inspired? Book This Trip