Breakfast On Broadway: A Visit To Ellen’s Stardust Diner

Whenever I visit New York City, I HAVE to have an egg cream. The frothy concoction of soda water, milk, and chocolate syrup is a sweet and fizzy delight and, while it’s curiously free of both eggs and cream, it’s 100 percent full of New York spirit. Truthfully, I can’t even say that I absolutely adore egg creams — it’s not a flavor I’d go for every day — but there’s just something about the beverage that’s so New York that I can’t resist ordering one every time I’m in town. When it comes to getting my fix, I always head to a classic New York establishment: Ellen’s Stardust Diner. It makes a decidedly fine version of the egg cream — and is the perfect spot for a New York stopover.

Ordinarily, diners that exist solely to appeal to the Big Apple’s tourist trade rarely make my list of enthusiastic food recommendations, but while the overwhelming majority of Ellen’s clientele are out-of-towners like me, the diner has plenty of local soul. That’s because Ellen’s is a SINGING diner! And not just the occasional “Happy Birthday” here or there — I’m talking full-on, top-notch, blow-your-hats-off show tunes. Hello, Broadway!

This is a diner staffed by Broadway hopefuls and past performers — and it’s even located on Broadway! Your bacon and eggs (with an egg cream on the side, obviously) come with a side of nonstop artistic production. While you down coffee and buttered toast, the incredible waiters, bartenders, and busboys belt out hits from The Lion King, Les Misérables, and Cats.

I am a rather shy traveler, and the idea of patronizing an establishment that combines food with song would normally make me break out in a cold sweat. The mere thought of karaoke makes me want to vomit, and dinner theaters make me anxious (What if there’s audience participation?!). Introverts, take heart. This is a safe place! You don’t have to sing out your order to get your food! You’re a member of the audience, one who’s lucky enough to have easy access to club sandwiches and Denver omelets. All you have to do is relax, eat, chat with your friends, and enjoy the stunning raw talent letting those show tunes fly.

And fly they do. This isn’t amateur hour. All the staff are on the cusp of getting their big break, and there’s plenty of training behind their powerful pipes. I love how they sing both current and classic Broadway tunes and some slightly lesser-known numbers as well as the crowd-pleasing chart-toppers. It’s a nice combination that keeps the Broadway geeks happy and also ensures that those with a more cursory interest are equally entertained.

In between sets, there’s some cheesy banter between the day’s master of ceremonies and some of the talent/waitstaff. Sure, at times some of the jokes are groaners — but it would be a little disappointing if you went to a singing Broadway diner and you didn’t experience a few moments of corniness. The walls are awash with NYC- and Broadway-themed memorabilia, and all the staff members are upbeat and helpful in between their sets.

But while it satisfied my egg cream craving and allowed me to say that I went to see a show on Broadway (Hey, who cares that it was in a diner?), did Ellen’s measure up to my usual foodie expectations? If it were an ordinary diner with zero singing and nothing but platters of bacon and eggs, it would be average. The food is hot and the menu satisfies with comfort food, even if it’s not particularly inventive. But no one is going to write home about the pancakes or the Reuben sandwich. Are there better, cheaper, more authentic delis and diners and breakfast joints in town? Absolutely. But this is Broadway, steps from Times Square, and Ellen’s may just be the best bang for your buck in an area swamped with chains and tourist traps. Due to its proximity to the theaters, to many tour bus meet-up locations, and to the main tourist strip, it is well positioned to pull people in — it certainly has worked its charm on me! It would never make anyone’s list of best food in the city, but it’s on my list of favorite places to eat.

Maybe I really do like egg creams more than I realize, and I’m just coming back for the tradition. Or perhaps I’m secretly thrilled that I get a “free” Broadway show at 9 a.m. whenever I’m in town. Or maybe it’s that there’s a touch of New York in many of the otherwise ordinary recipes — like the famous rainbow bagel, part of the Brooklyn Pride breakfast platter. And it definitely doesn’t hurt that my visits always seem to correspond with a heavy dose of jet lag following an early morning flight. The corned beef hash has just the right amount of grease and flavor to wake me up, and the constant upbeat performances always have me humming in spite of myself. 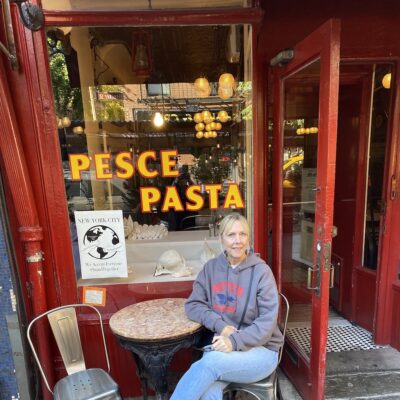 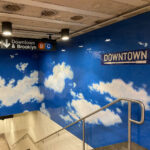 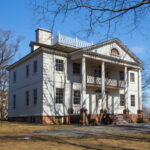