How Safe Are Cruise Ships?

For many travellers, the idea of an adventure at sea sounds irresistible. Who could possibly say no to the sunshine, the scrumptious dessert bar, and the plentiful cocktails?

But other travellers are more hesitant. Perhaps it’s the thought of so many people in a relatively confined space; for others, it might be the idea of being so far away from help should an emergency arise. The question of whether or not cruises are safe isn’t always a straightforward one.

Fortunately, the overwhelming majority of cruises are enjoyed with nary a hitch. Cruise ships are highly regulated vessels. The days of not having enough emergency lifeboats on board went with the Titanic! Another common concern is equally non-problematic. Worried travellers will be happy to know that it is virtually impossible to fall overboard unless you are intentionally trying to or are extremely intoxicated. And any ship that cruises in American waters is inspected by the US Coast Guard, reducing fears of foreign vessels operating with more lax standards. All cruise ships, regardless of nationality, are subject to Safety of Life at Sea (SOLAS) regulations that relate to safety, navigation, and security.

And perhaps the best testimonials about the safety of cruises are the passengers themselves. People who cruise are a passionate bunch. They wouldn’t return for a second or third (or sometimes even twenty or thirty) repeat sailings if they didn’t love the experience time and time again.

These reassurances aside, the same sensible precautions you’d take in any other travel scenario apply to life on a cruise ship.

The jovial atmosphere on board can create a false sense of security, but cruise ships should be treated like the small cities which they effectively are. Cabin doors should be locked just the same as hotel room doors. Protect your valuables, be aware of your surroundings, and use the buddy system to keep friends safe and accounted for.

So what are the most pressing concerns, and how safe are cruise ships exactly?

Unfortunately, there are some situations that carry a heightened risk on cruise ships that fall outside the realm of routine travel precautions. One, sadly, is sexual assault. Much like airlines, cruise lines lack a commitment to preventing sexual assault and have few, if any, policies on preventing or responding to such attacks.

Tracking statistics for sexual assaults that occur on cruise ships is difficult, owing in part to the underreported nature of these crimes in the first place. Compounding the difficulty is that not all incidents reported to the ship’s authorities are passed on to the authorities in the ship’s home country. And furthermore, Americans who are assaulted at sea fall under the jurisdiction of the FBI — who may or may not be notified by local authorities.

Even when the FBI has been properly notified, their efforts to investigate are often hampered by crime scenes that are unprotected or even sterilized by cruise ship staff.

Cruise ship passengers should know that they are within their rights to contact the outside authorities directly without asking the staff to do so on their behalf. They also have the right to insist that evidence be secured and undisturbed. If the idea of having to fight and argue for your rights after surviving an assault sounds traumatizing, you’re absolutely right. As such, passengers should be aware that there are law firms that specialize in maritime law and advocating for cruise ship sexual assault survivors. Hopefully, it’s a resource you never have to research further.

Spread of disease on cruise ships

Another serious worry specific to cruise ships is the threat of a health pandemic. Close quarters, high volume buffet lines, and frequent handshakes make cruise ships a prime breeding ground for bacteria and viruses. While a nasty cold may be enough to tank your vacation, the sniffles are the least of your worries.

Norovirus is a notorious cruise ship creeper, responsible for 90% of diarrhea outbreaks. While the number of cases is relatively small compared to the total number of passengers, once it takes hold it can spread like wildfire. In one well-known incident on a Royal Caribbean cruise out of Miami, 332 passengers out of just over 5,000 fell seriously ill, overwhelming the ship’s small medical team.

Norovirus causes intense vomiting, intestinal pain, nausea, and diarrhea — the perfect recipe for a miserable trip. Should you fall under the weather, report it to cabin staff right away. You might feel silly about making a fuss over a sore stomach, but prevention is a team effort. Savvy passengers are diligent in their hand-washing and use of anti-bacterial cleansing gel stations.

Those buffet serving spoons might carry a small risk of bugs like norovirus, but they carry a very high risk of giving you a sugar, salt, and cholesterol overdose. By all means, indulge and have fun but don’t forget to add in some veggies, fruits, and brisk deck walks to maintain your health and leave the trip feeling as fit as you did when you arrived. You want your cruise vacation to be restful, restorative, and leaving you better than before!

And, above all, you want it to be safe. Which it most likely will be if you take common sense precautions. Bon voyage! 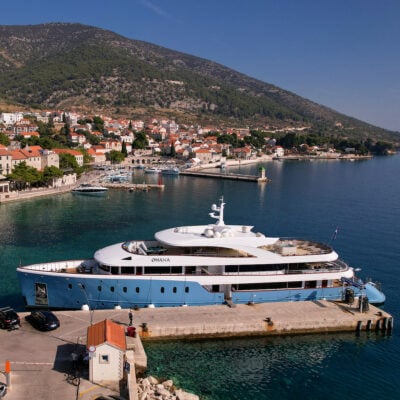 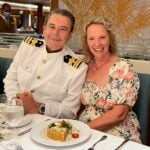 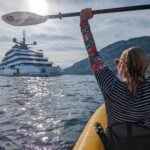