Travels With Siegfried: The Weaver Of Lake Inle

There was jet lag, of course: New York — Frankfurt — Singapore –Yangon. Then there was the weather: autumnal crisp in New England, pre-monsoon jungle sauna in Myanmar. Stepping out of the Strand Hotel onto the chaotic street of the same name felt like sinking into hot soup. It even smelled like Burmese soups: pungent fish sauce, ripe vegetables with a dash of unfiltered exhaust fumes.

And now this: Lake Inle.

Lake Inle, the second largest lake in Myanmar, north of Mandalay in the semi-autonomous Shan State. It is shallow, less than two meters deep. Two meters of water, that is; nobody knows how deep the muck is. One story goes that a barge carrying a Buddha statue covered in 85 kilograms of gold sank a couple of years ago. Nobody ever found it again. And here they are, the fishermen with their unique rowing style: one leg wrapped around an oar, casting their nets.

We are visiting the floating settlements of the Intha people, who, as legend has it, were not allowed to live on land after a tsunami displaced them from their original homes in the Andaman sea. Mei-Mei, our lovely guide, for strange linguistic reasons keeps mispronouncing one of the most important Burmese words: Buddha. “Buddhr,” she says. Buddhr told the people to live on the water. He taught them how to gather masses of vegetation and consolidate them into islands.

We had moored at one of these islands. It was a place where women wove silk and lotus fibers into intricate patterns.

The very ground under my feet was unstable. Slightly shifty and squishy soft.

I was wandering through this rickety village on stilts to try to get myself settled. I needed to walk. Walking always had a settling effect on me. But we’d been on unsettling buses for days. Japanese buses designed for left side traffic — driven on the right. Hair-raising close calls because the driver couldn’t see what was happening on the left. Bus stops reeking of rotten-fish-sauce, and locals — long cut off from western visitors — with a travel zoo mentality toward the occasional tourist.

We were the traveling zoo: Without asking, a man stopped me in my tracks — a military man on holiday no doubt, preemptive and uncharacteristically impolite. He placed his wife to my right and his daughter to my left and crouched for a curiosity photo. It was offensive. I retaliated by draping my arms around his women’s shoulders. Then an old woman who barely came up to my chin, got hold of one of my hairy arms and started pulling on that blond wooly stuff. Not gently either, mind you. The words she muttered, I was sure, were not complimentary: something like: you hairy monkey-person you!

As I tried to get my bearings on the weavers’ island, I was, touristically speaking, and now quite literally on shaky ground.

The bamboo catwalk bridging two clusters of houses at second floor level swayed lightly in the wake of a wooden flatboat. Long-shafted outboard motor manhandled by a teenage boy.

When, I wondered, would I slip into my accustomed travelers groove, enjoying myself. Taking pictures of willowy sarong-girls washing plastic tableware, clothes and babies in a murky lake?

I stepped into a narrow doorway to get out of the sun and found myself in a large, airy attic that smelled faintly like linen closet. Or a garment district storefront in New York City. At the far end by the light-slats sat a woman weaving. Her loom a rickety bamboo construction held together with twine and wire, loose jointed like the rest of this floating island world. Yarn, bobbins and piles of fabric were piled on the floor. Their intricate indigo-aubergine-ivory geometric patterns almost impossible to duplicate.

The loom chattered in a staccato voice, dry like bamboo wind chimes. The woman’s hands moved with a life of their own, like a concert pianist’s, steady, unerring with a mesmerizing economy of effort. She sat, almost regally, and, incrementally, made cloth out of loose strands. She worked as if in a trance.

I let go of a long-held breath and felt my body relax. This was so much more peaceful than any of the gilded pagoda chambers. The only mantra here, a soft, dry clickety-clack as the shuttle flew left to right.

The woman acknowledged me with a slight bow of her head — I whispered mingalaba, the Burmese version of namaste.

After quite a while the weaver started talking. In English, no less. Her husband had been a college professor — a transfer “suggested” by the military junta.

He had passed on, the husband. The children — she looked up briefly — all moved away. Her daughters had children of their own. She saw them rarely. Again, her eyes sought mine. She was a handsome woman, mid fifties maybe, a sad woman. She wove time-honored patterns all day long. But it was lonely work.

She had been a good wife and a good mother. And a dutiful daughter. She was a good cook. She was healthy.

Her body was still strong and straight. She was a good weaver.

Another pause in the monologue:

She still would make a good wife to somebody.

I held my breath again.

She looked over to me and smiled. I remember her teeth as very white and her eyes large and dark. Her hands, though, never stopped dancing with the loom.

Slowly, too slowly, it dawned on me that the lady I had intruded upon was more than a weaver of fine cloth; she also wove threads of lives.

You see, there is nothing accidental or random in Burmese Buddhist life, an old golden Sri Lankan brocade of karmic threads and Tibetan demon spells. Our lives were meant to intercept.

Fortunately my weaver-shaman was benevolent. She smiled.

We both smiled — a minute bow from the waist — and she let me go. 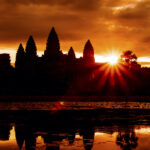 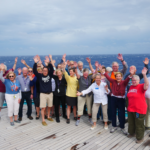 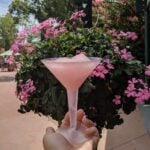 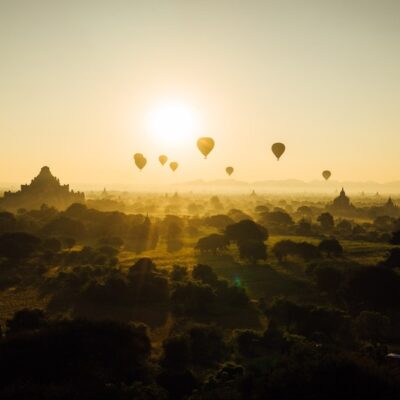