The 7 Countries With The Worst Organized Crime

Some of the world’s most beautiful destinations are lamentably dangerous. But we’re not talking about typhoons or volcanoes, or even petty street crime here. We’re talking about covert criminal organizations so deeply embedded in society that they sometimes run society.

These are the countries with the worst organized crime on earth.

Mexico may call to mind images of sipping margaritas against the backdrop of the rock-beating surf. Sure, Mexico is still a popular travel destination – and for good reason. But it’s also home to violent organized crime. Most of the illicit drugs entering the United States enter the country by way of Mexico. Contraband, weapons, and humans are also routinely trafficked into the US via the Mexican border.

With the capture of Joaquin “El Chapo” Guzman, as well as the fall of numerous other drug lords, the Mexican government is making headway in its fight against these sophisticated, well-funded cartels. An increase in the murder rates of tourist hotspots like Los Cabos and Cancun has prompted Mexican authorities to up security in popular destinations, so that revenue from foreigners can continue to rolling into the country.

According to UN statistics, the small Central American state of El Salvador has the world’s highest murder rate per capita. This is due in large part to the gangs running rampant throughout the country.

A civil war, which lasted from 1979 to 1992, ravaged the nation and catalyzed the organized crime that still wracks El Salvador today. Many guerrillas who fought in the war kept their weapons and used them to lead a life of crime, stealing cars, kidnapping, and trafficking human beings. Poverty and lack of educational opportunities has also led to the rise of violent street gangs, most prominently MS-13 and the Barrio 18, who deal primarily in extortion, kidnapping, and drugs.

Much of the violence in El Salvador takes place between members of rival gangs, so tourists are, for the most part, safe. You should heed travel warnings, however, and take any precautions your government recommends to ensure you remain out of harm’s way.

Italy is the ancestral home of la cosa nostra (“this thing of ours”) – the Mafia, which was founded back in the 19th century. Though The Godfather may have distorted our view of the Mafia, these are not guys you want to cross. The mafia remains active in Sicily, where it is still killing, extorting money for “protection,” loan sharking, and worse. Italy is a common point of entry into Europe for smugged people and drugs, making it a natural theatre of operations for those who prefer to work in the shadows.

Fortunately for would-be visitors, the Mafia’s violence tends to take place in the poorer parts of Sicily where few tourists set foot. You can help businesses who are standing up to the Mafia by patronizing the establishments found on this map that have signed on to an anti-extortion charter.

Tourism used to be a big part of Mozambique’s economy. However, the travel industry took a huge hit as a result of the Mozambican Civil War, and it’s just now starting to bounce back.

Mozambique offers up-close encounters with exotic wildlife, access to great beaches, and diverse cultural heritage. Bordering six other countries as well as the Indian Ocean, Mozambique is unfortunately also a hotspot for the trafficking of humans, illegal wildlife products, and drugs. Tourists may be targeted by street criminals due to their assumed wealth. The majority of these crimes are non-violent forms of theft, although weapons are sometimes brandished.

Japan is a bucket list item for millions of people due to its ancient temples, shopping centers, festivals, art, and incredible culture. Unfortunately, it is also home to the yakuza, a sprawling organized crime syndicate. Often viewed as Japan’s version of the Italian Mafia, the yakuza sell drugs, firearms, traffic in human beings, and extort businesses and people. However, violence tends to primarily occur between various gang branches, so tourists should be safe. In fact, some believe the presence of the yakuza actually reduces petty crime and increases the safety of the average citizens. The yakuza even famously organized disaster relief efforts after the Kobe earthquake in 1995.

On the other hand, members are known to cut off their own pinkies as a way of atoning for mistakes so… beware men missing fingers.

However, thanks in part to its location in the heart of Western Europe, France is a port-of-call along many drug trade routes – particularly heroin and marijuana. North African gangs have cornered the French drug market, while the Corsican mafia participates in trafficking, extortion, money laundering, contract killing, and more.

While the most common crime in Paris is pickpocketing, violent crimes are more common in cities likes Nice and Marseille, including theft from cars stopped in traffic. Tourists would do well to keep their doors locked in these cities.

Greece is home to Delphi, the Parthenon, the tasty gyro, and, unfortunately, organized crime, which is on the rise of late. Greece’s economic crisis, the abundance of and market for illegal firearms, and large populations of illegal immigrants have coalesced to create a breeding ground for organized crime.

Police in Greece estimate that around 300 gangs are involved in weapon trafficking throughout the country. The Greek mafia smuggles weapons, drugs, and illegal oil, often with help from Russian and Albanian criminal organizations. As Greece is a maritime shipping center, much of its homegrown marijuana is shipped throughout Europe. Though organized crime is an issue for Greece, tourists mostly have to look out for street crimes like pickpocketing in busy tourist areas.

No country is crime-free, but certain travel destinations require more precautions than others. Be sure to do your due diligence to see to it that your vacation will be remembered for all the right reasons. 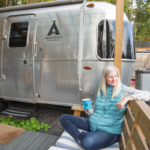 Glamping8 Reasons This Is The Perfect Glamping Experience For Newbies 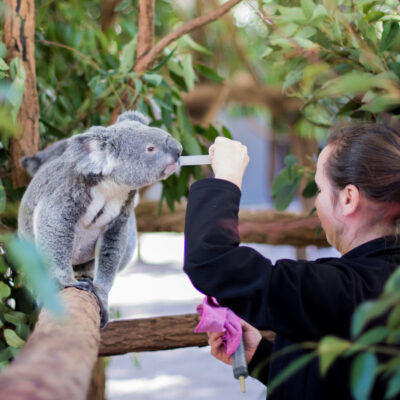 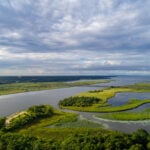 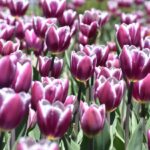 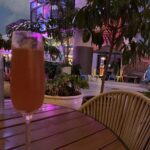