Germany’s history has been difficult to say the least. A vainglorious “great” war, a 1,000 year reich that lasted but 12 disastrous years, and then half a century split in half, caught between communism and capitalism. But through it all, German culture, art, philosophy, and architecture have survived and thrived — to say nothing of German hospitality.

Grab a coffee at one of Europe’s oldest coffee houses at Coffe Baum in Leipzig. (This establishment has been in business since the 16th century.)

Initially, it didn’t actually serve coffee, as the beverage did not become popular in Europe until the early 1700s. Coffe Baum started offering it in 1711, attracting well-heeled intellectuals, artists, and students. The list of former customers of this proto-Starbucks is illustrious and includes Bach, Goethe, Napolean, and Franz Liszt.

More than just a cafe, the building also houses a full-service restaurant and a museum featuring exhibits about Saxon coffee culture, including antique roasting, grinding and brewing equipment.

Germany is also home to many natural attractions, such as the Berlin Botanical Garden. The garden started as a modest affair, but it’s now the second-largest in the world. Started in 1679 — another example of the rich and deep history of this country — its grounds feature 20,000 plant varieties. The Great Pavilion is the world’s largest glass greenhouse, at over 65 feet tall. The garden is especially famous for its impressive collection of water lilies and carnivorous plants, such as venus fly traps.

Located in Kassel, Germany, Bergpark Wilhelmshöhe is a mountain park with a large and impressive system of waterworks. Over 92,000 gallons of water flow through the park’s aqueducts, pouring into intermittent waterfalls and fountains, and one 50-foot geyser. Note that this impressive water show only occurs between May and October, so definitely plan your trip accordingly if you hope to visit.

No, we are not talking about the British Hard-rockers from the 60s and 70s, but the woefully inefficient airborne conveyance from the turn of the last century. At the Zeppelin Museum, you can learn more about these immense airships, and experience many cabins and other memorabilia. The museum’s big draw, however, is its replica of the ill-fated Hindenburg, which was built at the site of the museum, but exploded in New Jersey in 1937. Oh, the humanity.

Many are unaware of the deep connection between Germany and the Roman Empire; if anything, ‘Germanic barbarians’ are often blamed for the collapse of Rome. But Germany’s Roman roots are actually on display everywhere you look.

Nowhere is this truer than at Trier. A UNESCO World Heritage Site, Trier includes remnants of a Roman city outpost. The city outlived the ill-fated Empire that created it, becoming a major European trading city in the Middle Ages. Many of the surviving structures are in amazing shape, passed down to us with a surprising lack of wear and tear.

The epitome of “New German” cuisine is yours for the tasting at Restaurant Vendome, located near Cologne. Awarded three Michelin stars for the past 10 years, Chef Joachim Wissler specializes in putting creative spins on classic German and European fare. Dishes like toffee and caramelized fois gras, langoustine with pickled cabbage, and fragrant rice ice cream tantalize taste buds. The restaurant is in the Grandhotel Schloss Bensberg, which features other great options for food and drink, such as the Salvador Dali Bar or the Restaurant Jan Wellam for breakfast and brunch.

Fans of Netflix’s Chef’s Table might recognize chef Tim Raue. On his installment of the series, Chef Raue told his story of growing up as a street thug in Kreuzberg, one of the poorest and roughest neighborhoods in Berlin. Well, something in those tough streets taught Raue the skills necessary for culinary excellence, as his Berlin restaurant has been short-listed as one of the best in the world. A Michelin-starred dining destination, Raue features a vegetable-forward menu with many Asian elements interlaced with traditional German dining.

If you are looking for a vacation experience that is a little offbeat, a little scary, and a lot of fun, check out the strange surreal displays at the Monsterkabinett. Imagine rooms full of odd robots, massive alien insect creatures, and serious haunted house vibes. It’s all part of a large art gallery and museum experience created by the Dead Pigeon Art Collective. And the tour guides handle your visit like theatre, adding some performative flair to the curated dread.

Located on the northern half of an island in the Spree River in Berlin, Museum Island is the setting for a complex of internationally-significant museums. The island includes the Altes Museum, Neues Museum, Alte Nationalgalerie, Bode Museum, Pergamon Museum and Humboldt Forum. Here, visitors can find a large collection of antiquities, including a famous bust of Nefertiti, and Priam’s Treasure. Some of the recent exhibitions include Rodin’s statues, Bronze Age weaponry, and a collection of Byzantine art.

If you are looking for something strangely beautiful, you’ll be impressed by the skeletons at Furstenfeld Abbey in Fürstenfeldbruck. European churches are rife with relics and icons, or evens bone fragments or locks of hair from saints. Furstenfeld Abbey, however, contains the full skeletons of Saint Hyacinth of Caesarea and Saint Clemens, and they are encrusted with jewels and precious metals.

Initially a monastery, the abbey once included a brewery and modest farm. Now, it contains much more ornamentation. The church is gorgeously decorated with gilded painting, statuary, tapestries and the relic-holding boxes on the altar. The abbey is just a short trip from Munich.

Imagine taking a train or trolley ride upside down through the sky. That’s basically the gist of the Schwebebahn or “floating highway.” It is the world’s oldest monorail (its upside-down tram cars dangle from a rail above). Located in Wuppertal, the monorail is the most important mode of transportation in the city. Check out all the charms of the city below as you glide across the train’s 8-mile track. The system was designed as a prototype method of public transportation for Berlin, but quickly became popular with Wuppertal citizens. It services millions every year, becoming iconic in many films, TV shows and works of literature.

If you are curious about Gothic Revival architecture, spend a day exploring the Lichtenstein Castle in Baden Wurttemberg. The castle dates back to 1100; it’s actually a large hunting lodge built on the bones of an older castle. Most of the current structure was completed in the late 19th century when its gothic style was in vogue. During World War II, the castle was almost destroyed by American troops, and one of the castle walls still contains a large hole from a U.S. tank shell.

For an immersive and exciting dose of European flavor, you must check out Fabrik in Hamburg. This cultural center occupies a former machine parts factory (“fabric” is German for “factory”) and features an industrial-chic spin on a variety of arts, education and music. Several renowned musicians have performed here – such diverse acts as B.B. King and Nirvana. The center was founded in 1971 by German painter Horst Dietrich, and today offers lectures, exhibitions, debates, and theatre productions in addition to music.

If you are looking for traditional luxury, you cannot miss the creature comforts offered at the Hotel Dollenberg in Schwarzwald. A Relais & Chateau resort, Hotel Dollenberg provides magnificent views and an unrivaled wellness experience. More than a wellness resort, the hotel fully exploits its Black Forest surrounding to the benefit of its guests. The grounds feel like a sprawling park with statutes, natural features, and lush fields for walking, hiking, or just sitting back and enjoying the clean mountain air.

The last entry is an oddity in Berlin: a museum entirely devoted to letters. We’re not talking about correspondence, but actual physical letters and lettering such as in typefaces and signage. This museum is a must for font-addicts and admirers of artistic and commercial calligraphy. Most of the collection consists of letterforms from public displays. Expect to see remnants of old signs spanning different eras in Europe. The museum’s mission statement calls for them to preserve and display three-dimensional depictions of letters, including the history of their origins and construction. Much like a large salvage yard, at this museum, they see beauty where some might see debris. 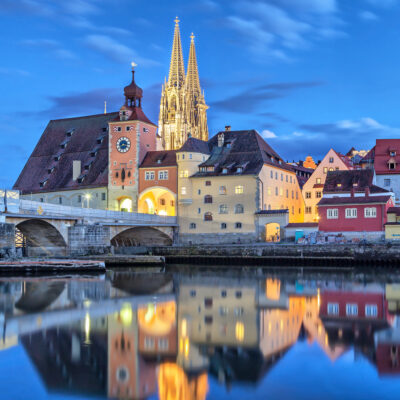 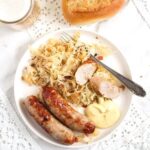