Why To Retire In Malta

The Republic of Malta is composed of three islands: Malta, Gozo, and Comino. These beautiful islands provide the idealistic setting for retirees looking to spend their later years diving or relaxing on the beach. The country’s small size makes it especially painless to navigate, yet it still boasts three UNESCO World Heritage Sites. Malta is densely populated and extremely welcoming to non-European expats, which makes finding fellow retiree friends easy. Add in the low cost of living and it’s hard to find a reason to search anywhere else but Malta!

Retire In Malta: Things To Know

Malta has a Mediterranean climate, meaning it experiences cool, mild winters and dry, sunny summers. Temperatures average between 60 to 90 degrees Fahrenheit throughout the year.

The country’s surrounding water is swimmable in the summer months, peaking at a temperature of almost 80 degrees Fahrenheit. The winter months leave residents with colder water and minimal rainfall.

Those looking to retire in Malta can apply for a permanent residency visa, which requires applicants to have a net worth of at least $39,5127.33 or an annual income of at least $26,039. While Malta has a separate retirement visa, it is only available to EU, EEA or Swiss nationals.

More information can be found here.

Due to the size of the Maltese Islands, a car is not a necessity. Many residents opt to travel via the public transportation system, ferry services, and personal bikes and scooters. However, if a resident chooses to travel via a personal car, they will find the roads in good, drivable condition.

The Malta International Airport (MLA) is the official airport of the Maltese Islands. It is located just outside of the country’s capital city of Valletta, and serves the whole country.

As residents of Malta, retirees gain access to the country’s public healthcare services, free of cost. In addition to that coverage, individuals also have the option of buying into private health insurance.

More information can be found here.

English is one of two official languages of Malta, joined by Maltese. Because of this, most citizens are native English speakers, and American tourists should find communication among locals easy.

As with almost every other country in the European Union, the official currency of Malta is the euro. 1 euro is worth approximately 1.15 U.S. dollars. 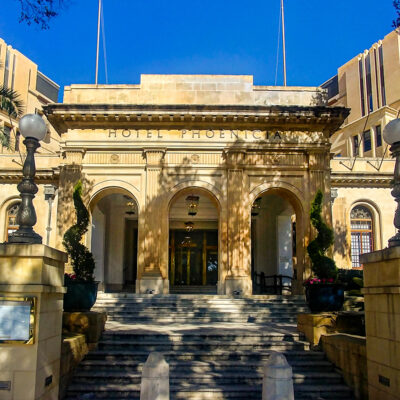 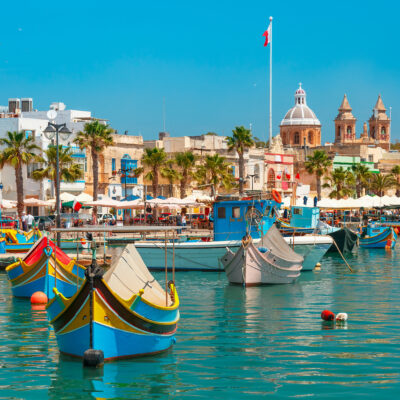 Malta9 Amazing Things To Do In Malta On A BudgetMalta is the perfect place for R&R, hook-to-mouth seafood, and a laid-back Mediterranean lifestyle. Here’s how to take a budget-friendly visit to Malta. 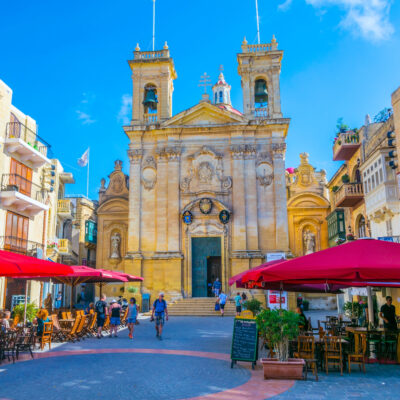 Malta12 Reasons This Lesser-Known Malta Town Will Transport You To 1950s ItalyMalta is a popular destination for travelers from all around the world, but this Maltese island flies under the radar.
Connect With Fellow Travelers! Join Here