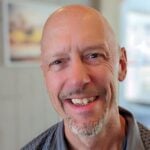 I’m in my own little sanctuary on Norwegian Prima, and I’m loving it. Or am I?

Norwegian Cruise Line leads the way for solo cruisers with its innovative Studio cabins. These are the first staterooms specifically designed and priced for solo travelers, and I chose one of these cabins during my cruise with NCL, a hosted trip that I enjoyed on the line’s brand-new ship as it sailed from Galveston, Texas.

Norwegian Prima is the first ship in the new Prima Class for NCL, and it offers 73 Studios, which are small inside cabins (no balconies or windows) that measure a compact 94 square feet and provide a great option for solo cruisers who ordinarily would have to book a regular cabin and foot the bill for the full double-occupancy price. (Most cruise lines charge a single supplement, which amounts to a surcharge on the solo cruiser who is in a room meant for two.)

The Studio concept is not new for Norwegian Cruise Line, though. The line has been the industry leader with these cabins on several of its ships. Other cruise ships feature solo cabins, but NCL has made the largest allotment on its ships, with dozens of Studios, and also creates a kind of ship-within-a-ship complex with its exclusive Studio Lounges.

I had heard a lot about these staterooms and wanted to try the Studios on Prima so that I could share my experience. There is a large interest in solo cruising, but the cost can be prohibitive for many people who effectively pay an extra full fare to get on board.

I spent four days and nights onboard Norwegian Prima living the Studio life, and here’s what I learned.

These little staterooms measure less than 100 square feet, but they put every inch to smart use. On Norwegian Prima, the décor offers a modern look, with blue, gray, and black as the primary colors.

There is plenty of storage, with two closet spaces and a tall open rack that allows for easy organization and access to items like computers, hats, sunglasses, sunscreen, chargers, and cameras. A little cutout in the wall next to the bed serves as a sort of nightstand, with light switches, a little shelf, and a USB outlet. You can stick your luggage under the bed, and the TV is attached to the wall with an arm that lets you telescope the TV away from the wall and spin it into a variety of positions for viewing.

There is no mini-fridge, however, which is something you get in all other cabin categories.

The bathroom is an open concept, with see-through glass to keep the room from feeling small. After all, you don’t need bathroom privacy in a cabin for one. Half of the space in the bathroom is dedicated to providing a large walk-in shower, which is a big plus.

The room is small, indeed. But your bed is bigger than you would get in a standard cabin. The Studio staterooms on Norwegian Prima feature full beds. On a cruise ship, I am used to the typical twin-size bed, which is about 15 inches narrower. You can really feel the difference, and it offered a welcome upgrade in comfort.

This is the shared exclusive space on Norwegian Prima for passengers staying in the Studio cabins. The area is a fantastic retreat where you can hang out and meet fellow solo cruisers. I enjoyed coming down to do a little work on my computer and watch the World Series game between the Phillies and Astros showing on the large TV.

The lounge features two comfy living room–style rooms, and these spaces offer couches, chairs, art on the wall, a large-screen TV, and bookshelves filled with homey décor, like photo books, vases, and board games. You can even order room service to the Studio Lounge. It’s a wonderfully serene space to come to read or play a game or chat with new friends.

The Studio Lounge is just steps away from the cabins. In addition to the living rooms, it features a large cafeteria-style snack room with tables and a large communal counter seating area that offers goodies throughout the day. The small buffet features fruits, yogurts, and pastries at breakfast, and little sandwiches, apples, bananas, and cookies the rest of the day.

There are plenty of drink options, as well. It features complimentary coffee, espresso, and juices. Separate machines require you to swipe your room card to pay for self-service beer, wine, margaritas, and sodas.

It was a fantastic convenience to pop down for a drink, and I’ll admit to having far too many chocolate chip cookies during my short cruise.

With no window or balcony, the Studio cabins offer no natural light. This can make it a little disorienting because it’s always dark inside the cabin. This makes for a great night’s sleep, but for people, like me, who like to wake naturally to the sunrise creeping into the room, this might be a little frustrating.

Pro Tip: Tune Into The Sunrise

A fellow cruiser gave me a great tip for helping with this issue. Almost every cruise ship offers a TV channel dedicated to showing the “bridge camera view.” When cruising in these Studio staterooms — or an inside cabin in general — you can turn your TV to this channel at night and allow the sunrise to gradually wake you up via the TV screen. Norwegian Cruise Line has considered this, it seems, because these cabins offer a “virtual porthole” channel on the TV that gives a live view of the outside.

While I mentioned that it is well designed and I had no problems organizing and storing my items, the space in the room is a bit cramped. It offers a desk area with a little stool. However, it’s not a spot that I would use (or envision any cruiser really sitting there). Instead, you will spend most of your time in your bed while in the cabin. This is nice and relaxing for the most part, but the floor space is also tight around the bed, especially for a person my size (6′ 4″ and 190 pounds).

The shower is a nice size, but the bathroom space for the toilet and in front of the sink can be tight, too.

Pro Tip: Move slowly and deliberately while in your studio (especially large people) so you don’t end up banging your knees or elbows.

All in all, I had a wonderful and relaxing time staying in my — albeit tiny and windowless — Studio cabin on Norwegian Prima. While there wasn’t as much interaction with other cruisers in the lounge as I might have hoped, this probably was more a function of the number of solo cruisers staying in these staterooms on my particular sailing. This ship was not full, and I only saw a few others who were booked in the Studio rooms with me.

However, it was definitely nice to be able to escape to my exclusive retreat space whenever I wanted to get away from the hubbub of the main public areas. 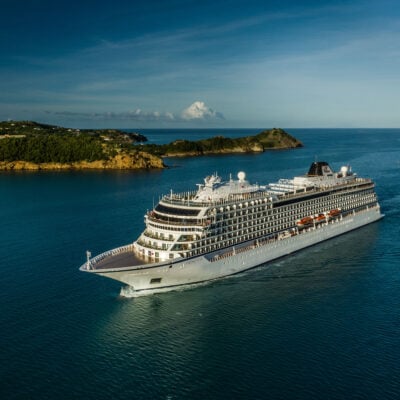 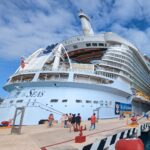 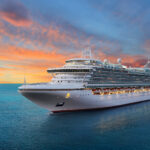 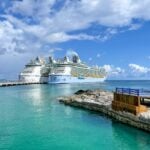