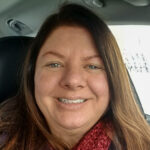 When people think about visiting Arizona, they gravitate toward the Grand Canyon, Sedona, or Pheonix. However, a lesser-known area near the border of Mexico will surprise you with its diverse landscape, natural environments, and slightly cooler temperatures than Phoenix due to its higher elevation, plus some amazing hiking trails.

Southeast Arizona has many things to see and do, including ghost towns, silver mills, petroglyphs, a Spanish presidio, and more archeological sites than you can imagine all along the San Pedro River. I have been visiting this area of Arizona frequently for the last few years, and every time I visit, I find new places to explore.

Here are six amazing experiences you can have along the San Pedro River.

Once one of the largest cities of the West, having rivaled Tombstone with its silver and mining, Fairbank is now one of the most intact ghost towns along the San Pedro River in Southeast Arizona. Fairbank was a bustling town from 1881 until 1974. It survived damage from the 1887 earthquake, repeated flooding, and the loss of the silver industry. But, thanks to being a key railroad stop and located along State Route 82, Fairbank lasted longer than the other silver milling towns along the San Pedro River.

You can take a self-guided tour through the past, viewing the post office, general store, small homes, schoolhouse, saloon, and a privy. The Fairbank Schoolhouse has been restored to include a classroom, a gift shop, and multiple exhibits on the history of the area. When I visited, I was the only person walking around the grounds and reading all the interpretive signs, which lent to the creepy ghost town vibe.

Allow 1 hour to wander through the Fairbank Historic Townsite and look into the windows of the wooden framed buildings.

Pro Tip: If you have more time, hike to the remains of the Grand Central Mill and the Fairbank Cemetery. The cemetery is a half mile from the town along the San Pedro Trail and is on top of a hill, affording you amazing views of the San Pedro Valley. The Grand Central Mill is another mile past the cemetery. You will see the rock wall that was once the back wall of the silver processing stamp mill. The hiking trail starts in the shade, but a portion of the trail has no cover. Make sure to bring plenty of water.

Close to Fairbank Historic Townsite, across the San Pedro River, is another historical site that is fairly easy to hike to. The Presidio Santa Cruz de Terrenate is the most intact example of what once was a Spanish fort among the network of Spanish fortresses leading into Arizona. Established in 1776, the fort was meant to house Spanish Army soldiers but was never fully completed as it was abandoned due to incessant attacks from Apaches.

The 3-mile hike to the remains of the Spanish fort will take you through a fairly level open desert path toward the San Pedro River. After about two-thirds of a mile, you will reach a wash where the path veers to the left and takes you onto a former railroad bed. You will see signs pointing to the right. Follow the railroad path for another third of a mile. Look for a sign on the left.

From the sign, you’ll follow a half-mile loop in a clockwise direction, passing seven signs detailing the ruins, what might have taken place in each structure, and what life was like for those living and working within the fort.

Today you can only see a stone foundation and a few remaining adobe walls that mark the location of the isolated and dangerous military station. The Bureau of Land Management expects visitors to stay on the path near the ruins to preserve what’s left of them.

At the end of the loop, I had a tricky time figuring out which way the trail went as it was a bit overgrown (I was there during monsoon season). But, I could see the beginning of the loop and wound up hopping over some plants to exit and hike back to the parking lot.

Pro Tip: You can easily do both hiking trails at the Fairbank Historic Townsite and the Presidio Santa Cruz de Terrenate in one day. If you do, start early in the morning as temperatures climb during the day and there is little to no shade on the trails. On the Presidio hiking trail, there are benches placed occasionally for you to rest.

The 2.5-mile round-trip trail is well marked, but on this particular day, as I started the hike at the trailhead, I ended up at a very large wash and got a little lost wandering in the wash area, looking for the continuation of the trail, which was straight across.

Walking along the trail, you will come across the site of 600-year-old rock art. There are two petroglyph sites here, but the second one on the trail is closed as it’s in an unstable area. After seeing the rock art, turn around and hike back a short distance before taking a short hike upward to meet up with the Millville Trail.

Millville was rumored to be tougher than even wicked Tombstone. Little remains of Millville today, but you can still see some partial structures, including what’s left of the stamp mill. Signs along the trail will give you insight into this once-busy town. You will need to pay attention to the signs around the mill noting any unstable ground.

Also, stop at the Millville Bridge across Glenn Creek, which is rumored to be haunted. Allow 1 to 2 hours to hike the loop.

Pro Tip: When you start any hike at a trailhead, make sure to take a photo of the sign as it shows the direction of the hike, which could come in handy.

Murray Springs Clovis Site is one of the oldest archaeological sites excavated in North America. This site is a rare and important source of information about life 13,000 years ago during the end of the last Ice Age. The Murray Springs Clovis site is one of several of its age found in the San Pedro River Valley, which has more sites of this time period than any other region in the United States.

Designated as a National Historic Landmark, this 12,000- to 13,000-year-old mammoth kill site is easy to wander through on a self-guided tour that takes you along a looped trail with interpretive signs detailing what Arizona was like during the Ice Age.

The Murray Springs Clovis Site was discovered in the summer of 1966 and excavated from 1966 until 1971. At this site, archaeologists uncovered the remains of a mammoth and bison and a Clovis campsite. They also found Clovis spear points and a wrench-like tool — the only one found in North America. Remains of horses, a dire wolf (an extinct animal related to the modern wolf), and other extinct animals were also found. Allow 1 hour to walk the looped trail.

Pro Tip: This is not a flat trail. At one point, you need to walk down a half dozen steps into a wash and then back up the other side to continue to the trail.

The Lehner Mammoth Kill Site is one of the best-preserved mammoth hunting sites in the New World. Because of its importance, it was designated a National Historic Landmark in 1967. The Lehner site is the first Clovis kill site where butchering tools and a fire hearth were found alongside the remains of prehistoric bison, mammoth, and smaller animals.

Pro Tip: The site is on private land. There is a small parking area and a sign designating the importance of the site. Take some time to admire the scenery of the San Pedro Valley, which is breathtakingly beautiful all year long.

The San Pedro House is the perfect place for visitors to start their amazing experience along the San Pedro River. Here you will find a gift shop with multiple rooms filled with books on birding, hummingbirds, and all things in Southeast Arizona, including San Pedro trail maps. It is easy to access the San Pedro River Trail from this location.

The easy 10.7-mile trail leading south from the San Pedro House. It takes a little more than 3 hours to complete.

Pro Tip: Check out the Friends of the San Pedro River for events. They hold river and bird walks along with amazing Hummingbird Banding sessions where you can hold a tiny hummingbird in your hand. It is a truly memorable experience that should be on your bucket list.