8 Things I Did To Have A Happy Retirement

Several things give me hints that I may be living a happy retirement. Friends and family often remark about how I am reaping the fruits of my past labors. My retirement escapades have been written about by several journalists and I have been invited to share what I do on retirement podcasts. My two travel books on Amazon can also be considered written testaments of happiness.

When I review the retirement goals I set, I can also say that my retirement is happy because I have achieved them. I retired at 54, early for most people at that time, but I had become burned out by a hectic (but fulfilling) computer career. And retiring early may be just right for today’s “Great Resignation.”

My retirement wish was: “To teach a little, paint a little, travel a little write a little, and love a little.” That last one was a must because I had been a single parent for 20 years. I migrated to America and am pleased to report that everything on this little list now has a check — albeit some little, others big — beside it.

I found my guy, so love has a huge check, but I only have one painting to my name, so that check is small. Teaching at a university and two colleges ballooned into another fulltime career that I had to re-retire. At almost 74, I still travel 6 months a year and that automatically has turned into a not-so-small amount of writing. I have no idea when both will slow down.

But the bigger question is: What did I do that led me to such a happy retirement? I can name eight reasons. There may be more. And the first four are prerequisites for the last four.

If we do not have enough retirement funds, we may not be able to retire at all, or at the time we want. As a management professional, I knew that businesses prosper when they increase income while controlling expenses, thereby maximizing profits. It isn’t hard to apply this principle to our personal lives. I focused on personal profits (savings) that I could use for retirement.

When my marriage broke down, I had to work doubly hard to provide for the present as well as prepare for the future. We lived so simply that when I got major advances at my job or with my salary, whether at the same or a new company, I did not commensurately increase spending. Expenses changed, but very little from when I was a junior manager to when I became a CEO. When my children asked for cellphones, cars, or designer things, I resisted. I taught them how to follow a strict budget. One focus was to have down the payment on-hand to buy a new house near each new company that hired me.

Alongside wealth is health. Wherever we may end up being, and whatever the status of the healthcare system in that place, optimal health is the goal. It’s the best gift we can give ourselves. I entered the U.S. down to 101 pounds at 5 feet, 2 inches — tired and burned out. But the fairly good healthcare system brought me physically back into the game. I have learned to eat my fruits and veggies, exercise, and sleep well every day. There is no substitute.

When my three daughters began successful careers of their own, and I reached C-level in management, I became familiar with the big picture. I began to see the world no longer in terms of dollars and cents. My mind strayed from having to earn a buck (and continually improving skills to earn better bucks) to life balance, quality of life, a higher purpose, and connectedness. I came across the School of Practical Philosophy that married the teachings of East and West and it pushed me onto a new course of self-discovery. I wanted to be a better person, citizen and mother, and to seek another chance at being a better wife.

Being alone in retirement was not part of that worldview. I wanted people with whom I can share my hardships and happiness. I migrated to the U.S. to be closer to my children who had settled in North America (the youngest settled in Australia later). I missed out a lot on parenting them so I spent at least 3 months with each of my seven grandbabies. I even gave 2 years to one because the mother needed me to do it. Those were some of the happiest times of my life.

But grandchildren grow up to have lives of their own (just like children do). The older ones accompanied me on a few trips, but a life partner was the companion I needed. It was so important that I did not want to leave it to chance. In fact, I “projectized” it. I set a goal, established a timeline, and plotted the steps to find love.

I found him in the trendiest of places, the Net, at the youthful age of 59. We married a year later and RVed in what seemed like a never-ending honeymoon. I was lucky he too is a travel enthusiast. He also had two homes that gave him rental income (plus more from investment funds) and was as temperamentally frugal, if not more. Our joint retirement became a whole lot more comfortable.

These first four tips — saving, staying healthy, changing perspective, and finding a life companion — are prerequisites to a happy retirement. If you have them, the next four — traveling, hobbies, some work, and giving back — will follow. It will not be automatic, however. We also have to plan and prepare for each.

Retirement gives us a lot of free time. What better way to spend it than to experience new things, places, and people? During our first retirement phase, the entire North American continent became our bucket list. After 8 years, we had been to 49 states, nine Canadian provinces, and six Mexican states. We have visited Hawaii and more places in Canada and Mexico since.

Renting out our condos and RVing fulltime was a financially rewarding way to travel, if you follow some rules. When we looked to travel more of the world, we used those savings to buy timeshares which are just discounted stays if used continuously and regularly. Through them, we have been to 25 countries together, and more with my BFFs. There are plans to do more as travel opens up.

6. Settling In A Place That Caters To Our Interests

Apart from the timeshares, we also bought a simple home base in a Phoenix resort-lifestyle community. It has country clubs, golf courses, tennis and pickleball courts, a softball park, swimming pools, hot tubs, saunas, ballrooms, a restaurant, a library, billiards, cards, crafts, and other rooms. I chose writing/editing, photography, computer, poker, and Karaoke clubs from about 50 available. I even have a small mahjong group. My husband went into tennis and golf and is now thinking of pickleball, too.

All those things I was interested in, but didn’t have time for when I was so career-driven, suddenly became doable. I have won photography awards, maintained a blog, and published travel books. Give me more time and I think I might still become a painter! And I would really love to return to ballroom dancing, too.

We think we have enough funds not to have to work. But, with the surging inflation we are all experiencing, there may come a time we will need to supplement what we have set aside. If and when this happens, I think what is important is to find enjoyable, not burdensome, work. Hopefully, it also lets us earn some, ease boredom, and/or give fulfillment. My friend who loves to garden is very happy with her part-time job at Home Depot’s nursery. Thankfully, I have found a voice at TravelAwaits!

8. Finding Ways To Give Back

And when retirement is going well, we will want to give back. My husband became a CASA, a court-appointed special advocate, helping youth born into dysfunctional families who have also broken laws to find their way out of the legal and social quagmire. I found mine in the alumni associations (state and national) of the University of the Philippines which raise funds for deserving needy students back home. In Mazatlan, where we spend 3 winter months each year, we are part of a feeding program for the poor.

But everybody is different. The goals of your own retirement and the details of your preparation may not be the same as mine. But I do think the principles we all need to follow are essentially the same.

Check out the rest of our retirement content, including: 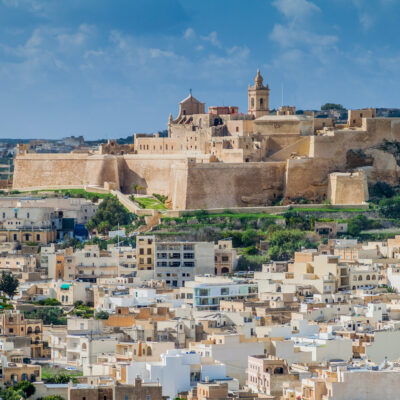 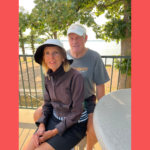 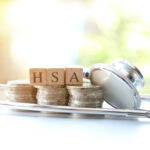 RetirementHSA Vs. FSA: Things You Need To Know About Using Them In Retirement 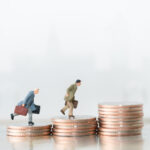