Ever since I first moved to the Middle East some 22 years ago, I have been wanting to explore Saudi Arabia. This vast, quintessentially Arabian country, which is roughly a fifth the size of the U.S. (3.2 times larger than Texas), has always tempted me with tiny teasers as to its history and natural beauty. But getting there as a tourist, and especially as a female tourist, was always practically impossible.

In recent years, this has changed, like so much of Saudi Arabia has. Now, you can get an e-visa within minutes. Single female travelers are not only welcome, but can even rent a car and drive, something quite unheard of a few years ago — even though driving in the cities is rather scary, to be honest.

Opening up to visitors and the frequent advertising have revealed even more treasures dotted around the huge peninsula. I could no longer resist, and by now, have not only visited different places and regions, but also came close to relocating to Saudi Arabia. Alas, that did not happen, but my to-do list of what to see on the peninsula has only just started being ticked off.

Traveling to Saudi Arabia is a lesson in acceptance, a perfect chance to embrace and learn about another culture and religion, its traditions, and history. The journey will be fascinating beyond measure. Leave your preconceptions behind and come with an open mind and just enjoy being some of the first few people to discover the hidden treasures of this amazing country.

Here are my favorite experiences in Saudi Arabia so far. My explorations are still in their infancy, and I cannot wait to return soon.

1. Getting Lost In Al Balad, Jeddah

The old center of Jeddah, the quarter of Al Balad, roughly translated as “The Town,” is a stunning example of what cities in southern Arabia looked like centuries ago. Founded back in the 7th century, the 650-odd historical buildings that remain were built from coral, limestone, and wood several floors high, with mashrabiya windows and balconies. The intricate screens allowed the women inside to see what was going on outside, without being seen themselves, as well as allowing a breeze to cool the inside of the buildings.

Currently, the buildings are being restored, bit by bit. Some are still lived in, others have been transformed into art centers, and many have small restaurants, cafes, and shops within them. Meandering through the narrow lanes, many decorated with pretty lights, is a bit like time traveling. It is easy to imagine what life must have been like here centuries ago, and the blue and aqua-colored buildings are utterly photogenic.

Pro Tip: Pop into the Jameel House of Traditional Art, where you can not only look inside one of the restored buildings, but also see artists at work.

The waterfront promenade along the Red Sea Coast in Jeddah is a wonderful place to walk, look out to the sea, stop for coffee and snacks, and watch local life going on. This is where everybody comes to walk. Roughly 4.7 miles of seafront pavement, it is dotted with art, a “JEDDAH” sign perfect for selfies, countless adorable little food and coffee vans, an aquarium, palm trees, and gorgeous mosques — such as the pretty Island Mosque. Perfect for people to get a bit of a fresh air respite from the heat, exercise, and then recover over a donut or ice cream.

Some top hotels, such as the Shangri-La, have properties here with superb views. Luxury restaurant Nobu has a wonderful restaurant along this corniche, looking like a giant hobbit house made from wood, but essentially, it is a promenade that is all about walking and enjoying the views.

Pro Tip: A little further on from the Shangri-La, you’ll find the Red Sea Mall, one of Jeddah’s favorite modern malls with great shops as well as some welcome air conditioning after your walk.

3. Diving Into The Red Sea

The Red Sea is an arm of the Indian Ocean, an underground rift valley separating Africa from Asia. Roughly 1,200 miles long and at most 190 miles wide, it connects to the Mediterranean Sea via the Suez Canal, and borders Egypt, Sudan, and Eritrea to the west, and Saudi Arabia and Yemen to the east. Despite being a very salty sea — with rare rainfall and no connecting rivers — due to its high evaporation levels, the Red Sea houses some of the world’s best scuba diving and snorkeling sites, with a plethora of marine wildlife found there.

The coastline and the sea are beautiful enough for Saudi Arabia to invest in two giga-projects, NEOM and the Red Sea Development, both of which will be turned into tourism hubs with many hotels and water sports facilities starting in late 2022 and 2023. Until those beach hotels are open, just outside of Jeddah, you will find beach resorts such as the Red Sea Resort where you can go swimming and scuba diving without having to worry about offending anybody.

Pro Tip: Why not discover the beauty of the Red Sea on a cruise which takes you from Jeddah up north to Yanbu, stopping off in wonderful AlUla (see below) on the way.

Ever since I visited Petra in Jordan and heard that this Nabatean kingdom’s second city was located in Saudi Arabia, I have been somewhat obsessed with seeing the mysterious Hegra, not far from the city of AlUla. For years I could not go, which sharpened my senses and my desire, and seeing the tombs carved from rocks in the desert — so unlike Petra but still utterly magical — was like a great big sigh freed from me.

You will have seen the images of one gigantic rock standing in the middle of the desert with a façade carved into it. That is the main draw of Hegra. But now imagine 110 more tombs carved from numerous rocks, even one of the narrow pathways known as the Siq such as they have in Petra, all in the middle of nowhere, roughly 2,000 years old, and in superb condition.

Pro Tip: In the cooler season, you can come on a tour and then rent bicycles to explore the vast area at your leisure. There is much to see, even if you are not allowed to enter the tombs, it takes time. There is also a lovely souvenir shop and the remains of a former trans-desert railway on the site.

The region around AlUla is dotted with many otherworldly-looking rock formations, such as Elephant Rock. You can maybe imagine why it is called that, and yes, it really does look like an elephant. This rock comes into its own at night, when a café just at the bottom of it opens after sunset and serves great coffee and fresh juices, while the SALT restaurant prepares the best burgers in town.

What makes this special are the hollows dotted throughout the sand into which seating areas are built, all lit up with twinkle lights. Here, you can snuggle down, and look up at the gigantic elephant towering 170 feet above you.

Pro Tip: If you want to see another superb rock formation, do not miss The Arch, or Rainbow Rock. If you are self-driving, make sure you get good directions, as it took me ages and many wrong turns to find it. For an easier and even more out-of-this-world experience, book a stargazing tour at the arch. There is no light pollution in this part of the world and the sky is magnificent.

I happened upon what is now one of my all-time favorite restaurants by pure chance in AlUla. Walking through the old town, I felt somewhat uninspired, but was drawn to an ochre-colored plain building, which I assumed to be an art gallery. Instead of an art gallery, I found a superb restaurant called ‘Somewhere’, with a stunning garden full of tall palm trees lit by enormous round light installations, giving a wonderfully romantic air.

The restaurant serves a modern take on traditional local foods, from shrimp in a fine kunafa pastry to tasty shawarma served in a bao bun. So yum.

Pro Tip: Another superb restaurant can be found at Habitas AlUla.

7. Flying At Breakfast During Ramadan

Should you find yourself in Saudi Arabia during the holy month of Ramadan, which shifts by roughly 10 days every year and currently falls around April/March, you might be lucky enough to be on a flight around Iftar time. Iftar is the traditional time for breaking the fast at sunset. Instead of meals being served on the flight, everybody gets a pretty bag filled with a date or two, some sugary treats, a piece of bread, and some juice and/or labneh, a milky drink.

Once the captain announces that the sun has set, the rustling starts across the plane, with everybody starting to open their bag and nibbling the treats after a day’s fasting. It is quite a special moment to be part of.

Pro Tip: Even Muslims are allowed to eat during the day when traveling during Ramadan, and meals are served on Saudi Arabian airlines. You will also find plenty of open cafes and restaurants in the airports.

For more Middle East experiences to check off your bucket list, check out these stories: 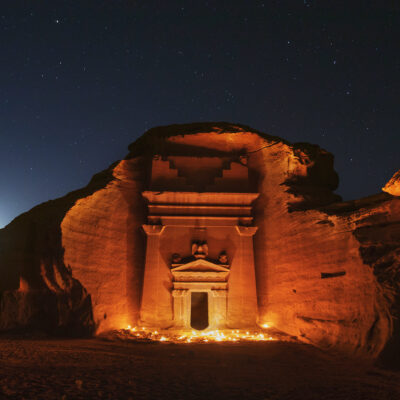 Saudi ArabiaI’ve Visited Nearly 100 Countries, And This Ancient City Took My Breath Away 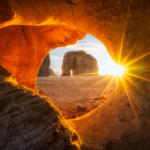 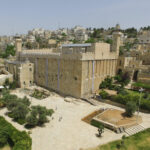 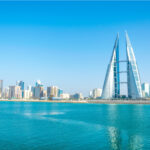