10 Places To Visit Where You Can Always Beat The Heat In the U.S.

Humans have always used caves as a place to stay cool in the summer. For that matter, they have used them as a place to stay warm in the winter as well, because the temperature deep inside a cave is always constant. Depending on its location, that temperature is somewhere between 50 and 70 degrees (Fahrenheit) — always — without fluctuating.

Interestingly, there are approximately 17,000 caves in the U.S., in every state except Rhode Island and Louisiana, according to the U.S. Geological Survey. These caves range from a single, small room to large, cavernous rooms connected by miles of underground passages.

The good news is that there are numerous examples of those large, developed cave systems in the U.S. Plus, while you can certainly spend a day — or more — on tours exploring a cave system, many also offer a wealth of “above ground” attractions.

So, let’s get right to it. Here are the top 10 caves and caverns in the U.S. to help you beat the heat:

Although Mammoth Cave is known for its extensive network of underground cave passages, the park also has more than 85 miles of hiking, biking, and equestrian trails. What’s more, Mammoth Cave National Park is also home to more than 30 miles of the Green and Nolin Rivers, which are perfect for paddling or fishing.

You can learn more about Mammoth Cave here.

Since it’s located in the Chihuahuan Desert, the park offers an interesting contrast. Inside Carlsbad Cavern, the temperature is a steady 56 degrees year-round. On the other hand, outside the cavern, visitors will find rocky canyons, flowering cacti, and desert wildlife.

Outside the cavern, visitors can hike the 0.7-mile-long, mostly paved Chihuahuan Desert Nature Trail to learn about the unique plants found in the park as well as see two natural entrances to Carlsbad Cavern. Visitors can also stop at Rattlesnake Springs, a riparian ecosystem that features a natural spring and a large grove of cottonwood trees.

You can learn more about Carlsbad Caverns here.

Some sections of Wind Cave, in the aptly named Wind Cave National Park, are more than 300 million years old, which makes it one of the world’s oldest caves. It’s also one of the world’s largest and most complex caves, with 149 miles of known cave explored. What truly sets the cave apart from others, however, is its extensive boxwork, which gets its name because thin blades of calcite extend from walls and ceilings, forming box shapes that are linked together in a honeycomb pattern.

Outside the cave, temperatures at Wind Cave National Park can be close to 90 degrees in the summer, which makes sense considering the park is in the southern Black Hills. Then again, inside Wind Cave, the temperature remains a steady 54 degrees.

In addition to viewing wildlife, including bison and elk, visitors can see the historic Sanson Homestead, learn about a buffalo jump where native people stampeded buffalo to make hunting easier, and see historic buildings including the Superintendent’s Cottage.

You can learn more about Wind Cave National Park here.

There are more than 210 miles of mapped and surveyed passages in Jewel Cave, which is the third-longest cave in the world. The cave, found in Jewel Cave National Monument, got its name when Frank and Albert Michaud entered the cave in 1900 with family friend Charles Bush. They discovered, to their surprise, that the cave walls were lined with calcite crystals that sparkled like “jewels” in their lantern light, according to the NPS.

The temperature inside Jewel Cave is always 49 degrees, while summer temperatures outside the cave can reach 80 degrees.

Most people who visit Jewel Cave only take a cave tour, but if you enjoy hiking, you’ll want to take your boots. That’s because there are two self-guided trails at the monument: The quarter-mile Roof Trail and 3.5-mile Canyons Trail. A longer trail, the 5.5-mile Hell Canyon Trail, is nearby in the Black Hills National Forest.

Although the caves at Oregon Caves National Monument & Preserve are thought to be somewhere between 3 and 5 million years old, that’s not what makes them unusual. Instead, their rarity comes from being formed of marble, which explains why they are often referred to as the “Marble Halls of Oregon.”

The 480-acre Oregon Caves National Monument & Preserve is located in the Siskiyou Mountains, which explains why it’s home to black bears, cougars, bobcats, Columbian black-tailed deer, and an estimated 130 species of land birds — including Steller’s jays and northern spotted owls. There are also six hiking trails that offer spectacular views of Oregon Caves National Monument and the Siskiyou Mountains.

Meramec Caverns is a 4.6-mile cavern system in the Ozarks. One of the rooms, only 300 feet from the entrance, is so large that it can accommodate large crowds and features a 50-by-50-foot dance floor in the center. Interestingly, since artifacts traceable to Jesse James were found in one of the caverns, it is believed James and his gang used the caverns as a hideout.

Inside the cave, the temperature is a steady 58 degrees, which explains why local residents held “cave parties” there in the 1890s to escape from the summer heat.

Meramec Caverns is the largest commercial cave in the state of Missouri, so, as you would expect, there’s plenty to do outside the cave as well. For instance, visitors can explore the Meramec River by canoe, kayak, or raft, as well as take a canopy-topped riverboat cruise. There are also several zipline rides through tree canopies and across the Meramec River.

You can learn more about Meramec Caverns here.

A man-made cave, the Louisville Mega Cavern is a 100-acre limestone cavern that originally was a limestone quarry. Since then, recycled concrete, brick, block, rock, and dirt have been trucked into the cavern to fill holes and create floors and internal roads. To put its size in perspective, during the Cuban missile crisis in the early 1960s, state officials planned to house 50,000 people in the cavern if there was a nuclear attack, according to Mega Cavern.

The Mega Cavern, which is classified as a building by the Metro Louisville Government and the State of Kentucky, is home to commercial warehouses and a network of roads. That said, there is plenty to do inside the cavern. For instance, visitors can take a 2-hour guided zipline tour, take a tram tour to explore the cavern, take a 90-minute walking tour of the cavern, or test their nerves on an aerial ropes challenge course.

You can learn more about Louisville Mega Cavern here.

Kartchner Caverns was discovered relatively recently, in 1974, by local cavers. The cave, which has 2.4 miles of passages, also has the tallest and most massive column in Arizona. It’s the 58-foot-tall column, known as Kubla Khan, in the cave’s “Throne Room.”

The temperature inside the cave isn’t quite as low as some other caves, however, it is still a refreshing 70 degrees.

Since Kartchner Caverns is a state park, there are plenty of things to do outside the cave. For instance, those interested in wildlife viewing can see birds, reptiles, insects, and mammals ranging from jackrabbits and squirrels to coyotes and mountain lions. Visitors can also watch common cave bats leave the cave every night in the summer.

You can learn more about Kartchner Caverns State Park here.

Ruby Falls, purported to be the tallest and deepest cave waterfall in the U.S., is a 145-foot series of underground cascading waterfalls deep inside Lookout Mountain. Visitors descend 260 feet in an elevator with a glass front before embarking on various cave tours.

Now, about that name. Leo Lambert, who discovered the cave in 1928, named the waterfall after his wife, Ruby.

By the way, it may be hot and humid in Chattanooga in the summer, but it’s always 60 degrees inside Ruby Falls.

Once visitors have seen Ruby Falls, they can go outside and climb a 40-foot climbing tower that offers routes with various difficulties. There’s also 700 feet of ziplines through the trees around Lookout Mountain.

You can learn more about Ruby Falls here.

Natural Bridge Caverns, which is about 30 minutes from San Antonio, is the largest commercial group of caverns in Texas. Located under a 60-foot natural limestone slab that forms a bridge over a collapsed sinkhole, which explains the name, the caverns are made up of three separate caves, rather than one complex cave system. Nevertheless, the deepest part of the public tour is still 180 feet below the surface.

Regardless of how hot it gets outside, the temperature inside Natural Bridge Caverns is a constant 70 degrees.

As nice as it is inside the cavern you’ll still want to go outside. That’s because Natural Bridge Caverns also features a 5,000-square-foot outdoor maze, and a 60-foot-high ropes course with sections that transition to seven zip rails — like a zipline but with more structure.

You can learn more about Natural Bridge Caverns here. 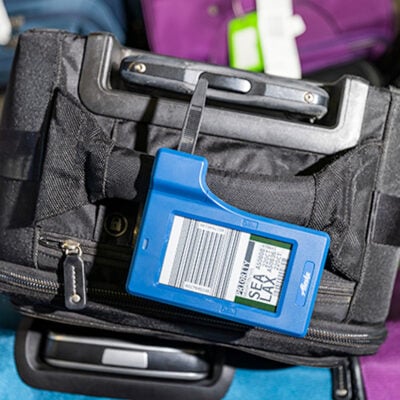