Columbus is full of restaurants of all types. Competition is stiff, so if a restaurant is not good, it usually doesn’t last long. I was comped at these restaurants, but I base my opinions on my tastebuds. Here are some of my favorites in no particular order.

The Loft has earned its reputation for fine dining over 25 years. Buddy Nelms, co-owner of the Loft, began downtown revitalization when he opened the Loft. Tom Jones, the executive chef, ensures each dish is perfect. Waitstaff is friendly and attentive.

My friend and I shared an appetizer, Creole crab cake with roasted red pepper sauce and some hot homemade chips. It was perfect. I tasted more crab than filling and the seasoning was just enough to make my mouth tingle.

My entrée, the Unstuffed Chicken, was a delicious concoction of grilled chicken breast partnered with baby spinach and goat cheese and topped with lemon butter sauce. It comes with roasted red pepper couscous. Delicious!

My friend loved her Grilled Wild Gulf Shrimp roasted with garlic and herbed brown butter, and served with sauteed spinach and mashed potatoes. Our waiter looked as if he would be insulted if we didn’t have at least one of its special desserts. I highly recommend the chocolate cheesecake.

The bar is well stocked, so you have lots of choices ranging from beer or wine to a unique cocktail.

Upstairs, there is musical entertainment with popular bands.

Saltcellar, another of Buddy Nelms and Tom Jones’ restaurants, opened in February 2019. Your meal starts with a large plate of homemade bread and butter to nibble on while you decide on your choices. When I took a piece, it was still hot from the oven. For an appetizer, I had the Grilled Halloumi Cheese with roasted tomatoes, arugula, and fresh mint topped with pomegranate syrup. It was tasty and had an unusual flavor for cheese, most likely because of the syrup. For my entrée, I tried a wood-grilled flatbread topped with mozzarella cheese and covered with shrimp, mushrooms, roasted tomatoes, and herbs. It was almost a pizza but more filling. Banana Pudding Cheesecake that practically melts in your mouth is a winner for dessert.

Smoke Bourbon and BBQ is a modern twist on that old favorite, barbecue. The building itself in historic downtown Columbus is worth a visit. Over the years, it has been a shoe store and a theater. Its red brick wall behind the long bar still holds old memories. It does barbecue differently here with dishes like Gnocchi and Brisket and Sweet Bourbon Salmon, but it proved it can cut it with the old traditional dishes, too. I ordered pulled pork, coleslaw, and baked mac and cheese. They were all winners. The barbecue, which I doused with a sweet and spicy sauce, was tender and I could taste the smoke from the hours it had slow cooked. The mac was tender and the cheese sauce was creamy. The slaw was crisp, a delightful contrast to the mac and cheese.

Upstairs, at its rooftop lounge, Up At Smoke, you’ll hear live music every Friday and Saturday night.

Another barbecue restaurant you need to try is Country’s on Broad. A former Greyhound bus station with a 1930s bus that is more than a part of its décor. You can dine on the bus and kids love to play driver. It’s an old-fashioned diner with the jukebox always playing favorite old tunes. Country’s has been serving not just barbecue but diner-style food like ribs and chicken. It has lots of craft beers to go with the food. I love its ribs, slow cooked over hickory and oak. Its banana pudding-in-a jar is popular but my favorite is the foot high made-from-scratch lemon meringue pie. It was voted into Georgia’s prestigious “100 Plates Locals Love” in 2019.

Pro Tip: Be sure to see the mural, Bus Station Memories by Cheryl Harding of 1930s era people getting ready to board or just disembarking from a Greyhound bus at Country’s Barbecue.

Plucked Up may be behind the old saying, “Southern cookin’ makes you good lookin’.” You will certainly smile after enjoying the traditional dishes. It offers a few new twists like Chicken and Grits, chicken and sausage dish in a rich Cajun sauce, and The Chicken Coop, open faced biscuits topped with chopped chicken, creamy sausage gravy, cheddar cheese, and two over-easy eggs. Then there are the Biscuit Beignets. They make one heck of a pot pie, chicken, of course. As you might guess, this place is about chicken and biscuits. If you’re a true Southerner or love Southern cooking, you know there is nothing that can beat biting through a crispy breaded skin into a juicy piece of chicken or slathering butter and jam on a flaky hot biscuit.

Another great place for breakfast in Columbus is Iron Bank Coffee Company. The unusual name pays homage to being housed in a former bank building. The building, built in the mid-1800s, is one of the two buildings in Columbus made of cast iron. The high ceiling, beautiful chandeliers, and arched windows and vaults remain. There is a legend that the lost Confederate gold is hidden somewhere in the building. Bank president, William H. Young, was a friend of C.G. Meminger, the last Confederate treasurer. When Jefferson Davis fled Richmond headed to Washington, Georgia, where he dissolved the Confederacy, he carried not only the worthless paper money but some Richmond Banks’ gold, as Southern banks knew the invading Federals would take their money and valuables. Meminger entrusted Young with the gold’s safekeeping. To this day, the gold has never been found.

Food and coffee are golden here, however. You order at the counter, and then find a seat or go check out the vaults. Maybe you’ll be the one to find the lost treasure. The coffee, lattes, espresso, and tea choices are numerous, and for later in the day, there is an extensive selection of craft beers, many from local Georgia breweries.

Houlihan’s is the Marriott Downtown Columbus’s restaurant. It was once part of Empire Grist Mills. The red brick wall that separates it from the hotel lobby was part of the mill wall. It focuses on local fresh food and has vegan options for non-meat eaters. One of the best appetizers is its famous ‘shrooms: mushrooms stuffed with garlic herb cream cheese. It has a large selection of beers, wines, and cocktails. The restaurant is cozy and you can enter from outside or the lobby. On sunny days, you can eat in the out-front courtyard.

Minnie’s Uptown is the ultimate “Meat and Three” Southern Soul Food restaurant. I love the murals on the wall of an early 19th-century store and pharmacy. The wallpaper murals represent the type of businesses that came before in the area. Minnie’s granddaughter said, “When Minnie’s started in 1986 it had been a dirt floor grocery store. Minnie had to put tile down for the first time.”

Minnie’s is only open for lunch, but what a lunch! You step up to the counter and tell the friendly server which meat you choose — there are two choices each day — and if you want one, two, or three sides. If you are starving, you can even go for four sides, but remember, Minnie has some mighty tasty desserts when you finish the entrée. As for meat for me, there is only one choice, fried chicken, Minnie’s special style. It’s soaked overnight in a special salty brine that makes it unbelievably delicious. I drool just thinking about Minnie’s chicken. Biting into that crispy breading and licking my lips over that hot, flavorful meat is pure heaven. I alternate on the sides. The mac and cheese is a fairly sure choice, then I have to decide between the collard greens, sweet potatoes, or cornbread dressing. Dessert is another hard choice. Will I pick the red velvet cake or the German chocolate? Then there is the cake of the day that might win out.

Minnie’s has been here for over 34 years, so you know it has to be fantastic.

Choices! Choices! But it’s hard to go wrong with food choices in Columbus. Like its history, food choices are rich in flavor and derived from many backgrounds. 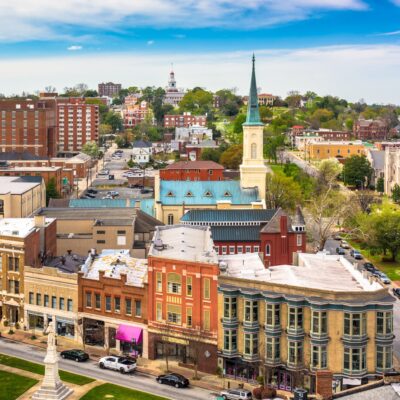 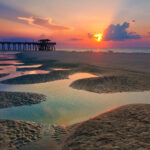 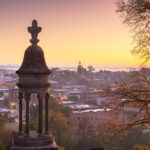