You Can Now Stay At The Actual Yellowstone Ranch 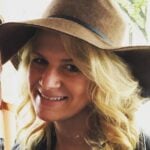 Attention all Yellowstone TV show fans, we found the ultimate treat-yourself experience! By the way, if you haven’t yet hopped on the Yellowstone bandwagon, you’re in the minority; the show was the most-watched summer series on cable in 2019, even before we all took up binge-watching as a full-time hobby.

You can now live like the Duttons on this real-life, functioning ranch — the filming site of the hit Paramount television show. The ranch is located in Montana’s Bitterroot Valley and yes — it’s as beautiful in real life as the show depicts.

Chief Joseph Ranch in Darby, Montana, is a working ranch and family homestead with guest houses available to rent. Oh yeah, and it’s also occasionally taken over by the fictional Dutton family for Yellowstone filming.

The ranch itself has a rich history, similar to the show, dating back to the 18th century when the land was home to the Salish tribe. Louis and Clark stumbled upon the land in 1805 when they followed a trail set by the native tribe. The Nez Perce tribe regularly traveled the same trail and often joined forces with the Salish to counter threats. During the Nez Perce War in 1877, Chief Joseph led his tribe across the present-day ranch while fleeing the United States Army. Shortly after, in 1880, the 2,500-acre property was eventually settled and a ranch was born — originally known as the Shelton Ranch.

The ranch passed through a few owners’ hands since then. However, the giant log cabin lodge, prominent in many Yellowstone scenes as the main family home, was built in 1914. The guesthouses and massive dairy barns routinely showcased on the show were also built during this period. When the show isn’t filming, the current ranch owners live in the lodge, use the barns for dairy cattle, and, most importantly, rent the guesthouses as luxury ranch vacation homes in a rustic setting.

Yellowstone fans will recognize the guesthouses as Lee Dutton’s cabin, son of John Dutton, from season 1, while the other cabin available is Rip’s in season 1, then Kayce’s in season 2. We’re not going on the record promising that you’ll morph into Rip by staying in his former (fictional) homestead, but as Beth Dutton says, “If it walks like a duck and talks like a duck…” Although the main lodge is not available for guests, all cabin guests are welcome to tour the full property and filming locations.

Lee Dutton’s cabin is The Fisherman Cabin in the real world of Chief Joseph Ranch. The beautiful cabin originally served to house the ranch’s staff before becoming a guesthouse and then Hollywood famous. It overlooks the river and provides sweeping views of the surrounding Bitterroot and Sapphire Mountains. It sleeps up to 8 guests and is $1,200 per night (up to 4 guests; each additional is $50/night extra). The cabin has full amenities, including a kitchen and grill, to prepare and serve up the freshly caught fish out of Bitterroot River.

Rip’s cabin, err The Ben Cook Cabin, is slightly larger, as any head wrangler deserves! It also sleeps 8 guests for $1,500 per night (up to 4 guests; each additional is $50/night extra). It also provides stunning views of the Montana landscape and has full amenities for a comfortable ranch stay.

Both cabins include tours of the set and filming locations, along with access to most of the ranch property for horses and fishing. The tour itself makes the nightly price worth it for any superfan! Non-guests are never allowed on the property, so booking a few nights is the only exclusive way in. The ranch does state that passersby are allowed to stop and take a photo in front of the infamous front Yellowstone Dutton Ranch sign, but only when the cast isn’t filming, so we don’t recommend taking any chances.

Editor’s Note: Although Chief Joseph Ranch will be available in the future for guest house rentals, they are currently paused due to the Yellowstone filming schedule.

Check out some more of our recent travel news coverage: