10 Fabulous Things To Do In Beautiful Columbus, Georgia

Columbus is the second-largest city in Georgia. When I discovered Columbus’s treasure trove of attractions, I knew why it’s growing rapidly in popularity. I’ve visited many times, some comped press trips, but my opinions are my own. Here are some reasons to visit Columbus.

Historic Westville is like stepping back to an 1800s Georgia small town. Each building has a docent in period costume who tells you about life in Westville. The shoemaker, Timothy, at Johann Singer’s Boots and Shoes Shop, told us about the Singer’s shoemaker’s shop. Inside the Singer home, we found Sarah quilting. She showed us details about the quilt she was making.

At McDonald House, the housekeeper, Jacque, showed us through the home built in 1843. She told us, Mr. McDonald became rich from his cotton warehouse and, when the trains came in 1859, he invested in that. That was how he could afford this mansion with fireplaces in every room and furnished with the latest style furniture available.

Native American people lived in the area at first, but the Indian Removal Act of 1826 forced them to move to Oklahoma. Jeremy, a native Creek, was the docent in the Yuchi House/Wells House, the oldest in the village. The Wells family owned it for over 100 years and left records that Yuchi Indians, a tribe related to the Creeks, built the original structure, a log-pen cabin.

Cameron, busy crafting a flaming piece of iron into a tool, explained the working of the blacksmith shop.

There are many other interesting places and characters here. A doctor’s assistant, Lena, at Dr. William Paullin’s office, dressmaker, Chelsea, at Adams Clothier and Fine Fashions Shop.

Don’t miss the last wooden courthouse in Georgia from Chattahoochee County and the two churches.

The Columbus Museum, one of the largest museums in the Southeast, tells Chattahoochee River Valley area history back to prehistoric times. We don’t think of Georgia as the west, but in colonial days it was the western frontier. The art is more than painting and sculptures. It ranges from Chihuly to crafted furniture.

The museum garden, designed by the Olmsted Brothers firm founded by Frederick Law Olmsted, is spectacular.

This is the only museum of its kind in the world telling the naval stories of the Civil War. The centerpiece is a section of CSS Jackson, the largest surviving Confederate ironclad.

The CSS Chattahoochee, a gunboat built to protect Columbus, which was a big manufacturing center for military equipment and uniforms, is on display.

You can go aboard a replica of the ironclad CSS Albemarle, a 150-foot ironclad with two 6.4-inch Brooke Rifles.

Medical Exhibit at Civil War Naval Museum shows that “calling in sick” was not a good choice.

Outside the museum, the USS Water Witch stands guard. She’s a full-scale model of a U.S. side-wheel steamship captured by the Confederates in a surprise nighttime raid. The Confederates later sank it to avoid its recapture by the Union.

USA Today voted The National Infantry Museum #1 Best Free Museum. The museum focuses on infantry as the first line of defense from the American Revolution to desert warfare.

There’s a main gallery and a separate one for each war. From the back window, you can see a small WWII village. The museum planned to tear it down, but today it’s preserved as an important piece of history. Each graduating class at Fort Benning stands on the village field. The ground where the soldiers march includes buckets of soil from every battlefield where American Infantrymen fought.

The Challenger Learning Center at Coca-Cola Space Science Center lets you use your imagination, helped by a realistic ride in a stimulated shuttle, The Odyssey. The captain and crew make it feel real. As the shuttle docks, it experiences a glitch, and the captain asks riders to assist using the seat controls.

The center has three other components, Exhibit Gallery, Observatory, and Planetarium.

The Gallery has a space shuttle main-engine nozzle that flew on four space shuttle flights and was in space nine times. There are consuls from Firing Room Three at Kennedy Space Center from the Apollo program.

The observatory should be requested ahead of time. The telescope is a research telescope that broadcasts via a camera. The observatory is a working science facility that tracks space asteroids.

The planetarium houses the Omnisphere Theater.

The 150-year-old Springer Opera House is Georgia’s State Theater. It was once considered the finest theater between Washington and New Orleans.

It thrilled me to do a backstage tour. There is a hotel on the upper floors for performers. The dressing room area is filled with art and authentic furniture, and Emily Woodruff Hall has posters from past performances lining its walls. My favorite spot was the third-floor balcony. In the days of segregation, this was where “colored” patrons sat. The seats are bare wood pews but, as our guide pointed out, it’s the best view in the house.

Saying the “Mother of the Blues” led an unconventional lifestyle is like saying the Grand Canyon is a crack in the earth. When I toured her home with Shelby Guest, Executive Vice President at Columbus Convention & Visitors Bureau, she pointed out, “If local citizens knew of Ma Rainey’s escapades, they wouldn’t have voted to restore the house.”

The home looks like it did when she lived there. Her piano and posters are there. Her bedroom set is original. After her death, her heir sold it for $150; the county had to pay $1,500 to get it back.

After Ma Rainey retired, she performed and managed Liberty Theater. It was Columbus’s first Black Theater, built in 1925, and a hotspot for black entertainers. Liberty Theater has a Walk of Fame where Ma Rainey has a star along with others who performed there.

After all the land fun, it’s time to go whitewater rafting on the Chattahoochee River. Its two-and-a-half-mile run is the longest urban whitewater rafting in the world. You can choose The Classic or The Challenge run. Since the river has water released from the dam daily, there are different river speeds. The 9 a.m. run has lighter rapids. In the afternoon, when the dam is opened, the rapids move faster. Since this was my first time, I chose the slower run.

We started at Whitewater Express headquarters, got outfitted with a life jacket, helmet, and paddle, then rode a bus to the head of the rapids.

The rafts seated six plus our guide, Carson, whom I highly recommend. He gave us brief instructions. The rapids have names: Ambush is followed by Jaws, then a calm stretch called Lazy River. The last rapids are Cut Bait. I thought we were going to flip there, but we stayed afloat and paddled to a landing on the RiverWalk.

It’s 2 to 3 hours of exciting fun, but not for the faint of heart or those afraid of water.

Columbus Georgia’s Marriott Hotel, across from the Convention and Visitors Center, has a unique history. It began life in 1861 as Empire Grist Mills. By the 1930s, electricity made stone-ground mills obsolete. In 1980, it was reincarnated as a hotel. The lobby has a red brick wall that was part of the old mill. Today, it’s the hotel’s restaurant, Houlihan’s, and a small coffee shop, the Grist Mill. The lobby keeps touches of the old mill with a gilt-framed mirror, its antique clock, and a pair of wrought iron street lamp lights.

Rooms are modern and comfortable. The best part  — it’s walking distance from many attractions.

You won’t be disappointed if you visit Columbus.

A visit to Georgia can surprise many with its varied cities and towns: 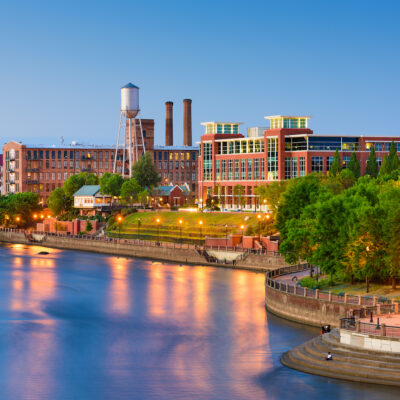 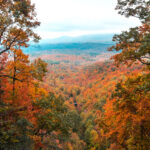 GeorgiaA Dozen Fabulous Things To Do In Charming Dawsonville, Georgia 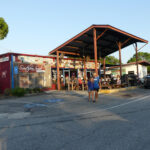 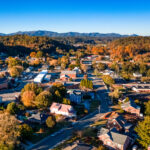