Retiring In Mexico? Things To Know About Transportation

Madalena Robertson
What Are Your 2023 Travel Plans?

When retiring abroad, there are lots of cultural changes to adjust to, including the ins and outs of transportation. With expansive public bus and metro systems, getting around in Mexico can look a lot different from the United States. Here are five things to know about transportation in Mexico before retiring abroad.

1. There Are Three Classes Of Bus Rides In Mexico

Mexico has spent the past several decades investing in its public transportation. As a result, the country has a high quality bus system connecting every city in the country. Most cities have one major bus terminal that facilitates all long-distance travel, as well as several bus stops throughout for quick, inner city travel.

Mexico’s buses transport thousands of people, especially during high traffic hours of the day, and are incredibly inexpensive. Residents should carry change, and pay upon boarding.

Three classes of buses operate in Mexico. The first, known as primero plus and Ejecutivo, run on busy city routes, with a travel experience reminiscent of first class on an airplane. These buses are large, with reclining seats and legroom, air-conditioning, WiFi, toilets, and sometimes drinks or snacks.

Second class buses — segunda clase or económico — operate in small cities. They make frequent stops and are often overflowing with passengers. These are often the only buses available in rural towns.

2. Mexico Has A Fantastic Metro System

In addition to an excellent bus system, Mexico is home to the second-busiest rapid transit system in North America, behind only the New York City subway system.

The metro is not available in every city, but it is often the best transportation choice for residents who can access it. There are two cities in the country that the metro system serves: Mexico City and Monterrey.

Residents can purchase a Metro card, available at the stations, for just under 16 pesos, equivalent to less than $1. Each ride costs the passenger 6 pesos — roughly $0.30, making the metro an affordable, inexpensive transportation method. The routes hit almost all the popular tourist destinations, and rides are quick, clean, and comfortable.

Although taxi fare is much more expensive than bus or metro fare, it’s a much better deal than most U.S. taxi fares. Taxis are available within most cities and towns and are a great option when it is simpler to pay a driver to go directly to your destination, rather than plan around the scheduled bus routes.

There are three types of taxis in Mexico: metered, non-metered, and charged by zone. Metered taxis operate exactly like taxis in the United States and charge passengers a set rate per mile traveled.

Unlike in the United States, some taxis in Mexico don’t have meters to set the fare. Instead, the driver and passenger mutually agree to an amount prior to departure.

Many popular routes have a set price, removing this step in the process. Charges will be predetermined based on the “zone” a taxi is driving in. This zone-based fare system is most common in popular tourist destinations, as well as around airports.

Luckily, in all of these examples, fares are usually cheap, and taxiing throughout the city is not an overly expensive way to move about.

4. Personal Cars Are Always An Option

While Mexico has great public transportation, sometimes residents want to get around behind the wheel of their own personal car. Mexico has paved roads and frequent signage, meaning recently relocated retirees should have no trouble getting around in a personal car.

Driving may be much more difficult in big cities, where traffic is congested and parking is scarce. As with any other country, driving habits will differ from the United States, and it may take some practice to learn the quirks and customs of Mexican drivers. Although it won’t be a seamless transition, U.S. expats should feel comfortable using their own cars for transportation.

5. Domestic Flights Are Fast, Easy Ways To Travel Across The Country

For more on retirement, read these articles: 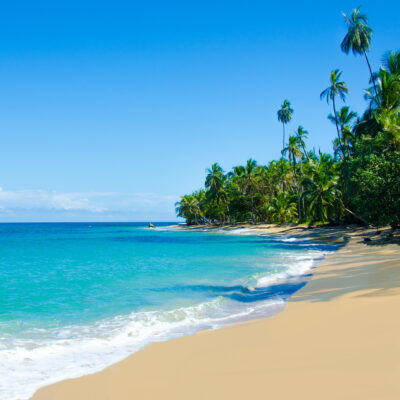