Transportation In Panama: 6 Things To Know Before You Retire Abroad

One of the biggest culture shocks that may come when retiring in Panama is the country’s transportation. With a greater emphasis on public buses and taxis, rather than personal cars, everyday travel looks a lot different from the United States. Here are six things to know about transportation in Panama before retiring there.

1. Personal Cars Aren’t The Primary Mode Of Transportation For Residents

Traffic in Panama’s bigger cities is hectic, with local driving habits that can be overwhelming to foreigners who aren’t accustomed to the roads. Add on the frequent heavy traffic, and using a personal car in Panama’s big cities is often an unappealing option for American retirees.

In addition to the difficult city driving, the more rural parts of Panama tend to have poor road conditions. They are often rough, with infrequent signage, and very difficult to navigate.

For both of these reasons, retirees moving to Panama may find that car travel soon ceases to be their main mode of transport. Most residents instead, use public transportation, such as buses and taxis, to move around the city.

2. Most Residents Rely On Buses For Transportation

For both short, inner city movement and long distance travel, most Panama residents choose to travel by bus. Throughout the country, buses are reliably frequent, cheap, and fast.

The country’s most expansive public bus system is in Panama City, where bus routes cover just about every corner of the city, making buses a quick, simple answer to inner-city travel. Outside of Panama City, there are large bus terminals in Santiago, David, Chitré, and Las Tablas. Panama’s bus public systems are a reliable mode of transport for almost any big city travel.

Residents interested in relying on bus travel should purchase a metrocard, available at bus stations and supermarkets, and add their desired amount of money on the card. Most routes will cost only $0.25.

When it comes to long distance travel, buses are also a great option, with routes connecting every location from large cities to rural towns. Few long distance bus routes are direct, meaning the bus will make several stops along the way. On particularly long journeys, buses may also park at roadside stops, allowing the bus to refuel and the passengers to grab food or stop at a bathroom.

3. Taxis Are Another Option For Inner-City Travel

Taxis are common within big cities, particularly Panama City. When it is simpler for a driver to take you directly to your destination, rather than plan around the scheduled bus routes, taxis are a great resource.

Unlike the United States, taxis in Panama don’t have meters to set the fare. Instead, the driver and passenger mutually agree on an amount. Many popular routes have a set price, removing this step in the process, but the more unique paths will not have a set price. Luckily, fares are usually cheap, and taxiing throughout the city is not an overly expensive way to move about.

Because driving conditions outside the city can be poor, and bus rides can be long, if retirees are interested in traveling around the country, the most advisable mode of transport is usually via airplane.

While Panama’s main airport, Tocumen International Airport, is great for international travel — with direct flights to almost every major U.S. city — if residents are interested in traveling domestically, Aeropuerto Marcos A. Gelabert is the best choice.

Located in Panama City, Aeropuerto Marcos A. Gelabert helps connect every corner of the country, with frequent, easy flights. Because Panama is such a small country, most domestic flights last no longer than 1 hour. The flights are not always direct, occasionally making additional stops along the way, but are still ultimately quicker than any other mode of transportation.

5. Some Areas Of Panama Rely On Boats For Transportation

While the bustling cities get by on their buses and taxis, many parts of the country use ferries and water taxis. Panama is home to hundreds of small islands, perfect for retirees to settle down permanently or just take a weekend getaway.

If retirees find themselves visiting a popular archipelago destination, such as the San Blas Islands, they will have to rely on boating services for transportation. While there are non-commercial boat owners willing to offer rides, it is recommended to always try and book ahead with a tour company.

Panama is home to only one passenger rail line, meaning most residents don’t rely on it as a regular means of transportation. However, residents looking to take a day trip into Panama City can add an extra level of fun traveling via train. The route runs from Panama City to Colón every weekday morning and makes the return trip the same evening. With inexpensive fares and gorgeous views of the country, it’s hard to turn down the opportunity.

For more information on retiring in Panama, read on: 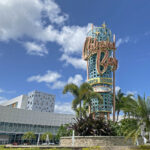 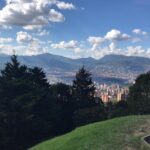