The One Attraction Not To Miss During A Visit To Victoria, B.C.

From quaint city centers to splendid historic hotels to windswept shorelines, British Columbia’s Vancouver Island has a mind-boggling array of things going for it. Still, even amid the wealth of beauty on the Pacific Coast island, one place manages to stand out.

The Butchart Gardens had long been on my travel wish list, ever since a trip to Vancouver Island years ago when my family opted for a whale-watching excursion over a visit to the iconic gardens. It was always the one place that got away, and on my recent return visit to Victoria, I was determined not to miss out again.

I ended up visiting on a rainy early fall day, but the gardens still lived up to my expectations, and more. The rain only seemed to heighten the vibrancy of the colors. I found deep pink dahlias glistening with raindrops, zinnias glowing an autumnal orange, and late roses of glossy whites, yellows, and reds.

It turns out that each season has its own claim to fame at Butchart Gardens. While fall is the time of jewel-toned flowers and russet leaves, spring and summer are famous for brilliant tulips, daffodils, and roses. And of course, winter is the season of the Twelve Days of Christmas.

Here are eight reasons you will definitely want to visit Butchart Gardens, regardless of the season.

Note: While I was hosted by The Butchart Gardens, the opinions expressed are my own.

1. It Has An Inspiring Family Story

When it comes to repurposing, Butchart Gardens founder Jennie Butchart was a woman ahead of her time. More than a century ago, she looked into the barren quarry that had been mined for its limestone and visualized an Edwardian garden.

The story of the garden begins in 1904 when Robert and Jennie Butchart moved to Vancouver Island to build a cement plant on a rich limestone deposit in an area not far from Victoria. By 1908, mining had exhausted the usable limestone, and the quarry was abandoned. In 1910, Mrs. Butchart planted Lombardy poplar trees in an attempt to block the view of the family’s nearby cement factory, and by 1912, the development of the garden’s signature Sunken Garden was underway. “Little by little, the quarry blossomed into today’s Sunken Garden,” says the gardens’ website.

An interpretive plaque at the site notes that the garden was designed in the style of the grand estates of the period, with several distinct gardens to evoke a range of aesthetic experiences. The transformation of the limestone quarry into the dramatic Sunken Garden reflected the early 20th-century beautification movement, and it was “an exceptional achievement in Canadian gardening,” the plaque adds.

Through successive generations, the site has retained much of its original design. The gardens have remained in the Butchart family through the decades and today are owned and overseen by Robin-Lee Clarke, the great-granddaughter of Robert and Jennie Butchart.

2. There Is A True “Wow” Factor: The Sunken Garden

While every corner of the gardens is beautiful in its own way, the real wow moment — the feature the garden is most famous for — is the stunning Sunken Garden.

The 5 acres of the former quarry is where the garden was born, and it continues to be the centerpiece, cradling beds of flowers, trees, and shrubs. In the center, a rock mound remains, offering a lookout point for the Sunken Garden. (Typically, a walkway allows visitors to climb to the top of the lookout point, but that feature has been temporarily closed during 2020 and 2021.)

To get to the Sunken Garden, visitors follow a tree-lined sidewalk around a curve, and suddenly there it is, spread below: the signature hollow, filled with 151 flower beds that create a kaleidoscope of colors. The tableau changes with the season but is always a sight to see.

3. The Rose Garden Arches Will Astound You

Even though the roses were approaching the end of their season when I visited in early September, the long Rose Garden archway entwined with leafy, flowering branches still made an impression.

A walk through the archway is a delight for the senses, combining the view of the bloom-laden trellises with the fragrant scent of roses and the sound of running water from nearby fountains.

The Rose Garden was built in 1929 and 1930 on the site of the Butcharts’ vegetable garden. Today, it boasts a collection of floribundas, ramblers, climbers, and hybrid tea roses. In all, there are 30 arches containing 2,500 rose plants of 280 different varieties.

4. The Fountains Are Varied And Spectacular

Contributing greatly to the atmosphere of The Butchart Gardens are the numerous fountains that gush and gurgle amid the greenery and flowers. Perhaps the most spectacular is the Ross Fountain that was installed by Ian Ross, the grandson of Robert and Jennie Butchart.

Ross, who took on ownership of the garden in the late 1930s, installed the fountain in 1964 to celebrate the 60th anniversary of the gardens. Accessed along a pathway through the Sunken Garden, the Ross Fountain offers a wow moment of its own, with a tall shower of water cascading into the gardens’ lower reservoir.

Another notable fountain is located in the nearby Japanese Garden, a peaceful spot that is lush with rhododendrons, azaleas, and Japanese maples. In the center of it all is the magnificent Dragon Fountain that was presented to the Butchart Gardens in 2015 by the Suzhou Municipal Government on behalf of the People’s Republic of China in conjunction with the 35th anniversary of the Sister City relationship between the City of Victoria and the City of Suzhou.

A plaque near the fountain notes that the dragon symbolizes a legendary figure in ancient Chinese legend, and adds, “This dragon brings to your garden good wishes for seasonable weather.”

While the dahlias and zinnias were at their gorgeous peak during my visit, Butchart is known even more for its huge assortment of spring and summer flowers. More than 300,000 bulbs are planted in the fall, almost 100,000 of which are tulips.

With daffodils, crocuses, and hyacinth making up the other bulb plantings, the garden is primed for a spectacular rainbow of colors in the spring. Then, starting in May and June, the garden transitions to its summer colors of hydrangeas, begonias, fuchsia, and daylilies.

6. The Zinnias And Dahlias Are Showstoppers

Although fall might not be the time most people would think of a garden visit, I found the dahlias, zinnias, and chrysanthemums to be breathtaking, making fall a worthy season to visit along with the more showy spring and summer seasons.

Dahlias reportedly are the most talked about among the fall blooms, and for good reason. The flower sizes range from one-half inch to a massive 12-inch “dinner plate” size, and the colors sizzle in corals, pinks, and reds. Showcasing the depth and variety of the dahlias is a 250-foot curving wall that forms a walkway border near the Japanese Garden — a showstopper if ever there was one.

Although more subtle, the borders of orange zinnias and the beds of multi-colored chrysanthemums are also fall standouts.

Butchart’s Twelve Days of Christmas displays have long been a favorite of locals, and the Christmas festivities are expected to be back in force this year (after a hiatus in 2020 because of COVID-19).

Typically, from late November through the first week of January, the gardens adopt Christmas hours, running from mid-afternoon through about 10 p.m.

For the Christmas display, the garden grounds come alive with displays featuring scenes from the traditional 12 Days of Christmas song. Think ladies dancing, pipers piping, drummers drumming, as well as swans, geese, and hens. The decorations also include special features such as a globe display and an interactive light tree.

8. You Can Have Tea In The Garden

From mid-April through late November, an afternoon tea is offered in The Dining Room, a restaurant housed in the original Butchart residence. Or opt for a table on the outdoor patio, with a close-up view of the gardens.

The tea comes with traditional choices like an English trifle (Chantilly cream, sherry, sponge cake, and berry compote), scones with strawberry preserves and Devon-style cream, and a range of savory sandwiches. Vegetarian, vegan, and children’s tea options are also available.

Vancouver Island is a popular Canadian vacation destination. For more, check out: 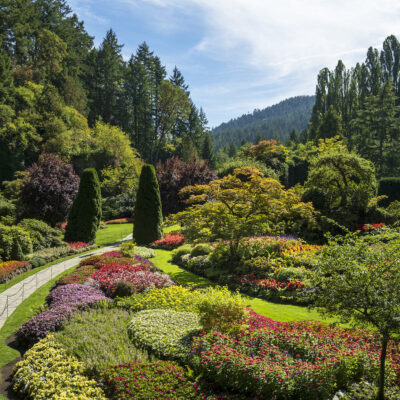 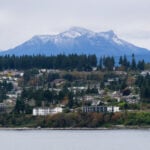 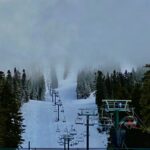 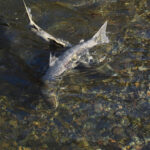