12 Fantastic Things To Do At Golden Gate Park

San Francisco, or the “Golden City,” earned its reputation from the Golden Gate Bridge to golden sunsets and golden hills as the sun reflects off the mountains. But I was there in “Fogust” for a house-sitting gig so the prevalent fog obstructed the views on occasion.

I’d take the BART into town periodically to get my fill of urban life and see what life was like out of the fog, at which time, I stumbled across Golden Gate Park. Surprisingly lax in its view of the Golden Gate Bridge, I was impressed with how many glorious things there were to do, from delightful to sublime. Included here are my top picks.

Tip: There’s a Muni Metro light rail under construction that crosses more east-west as Bart crosses the city more north-south. But I was in the mood to explore, so I walked from the Civic Center/UN Plaza stop out past City Hall, over to the Painted Ladies and Alamo Park then to the expansive Golden Gate Park. Starting from the Panhandle, the Park begins as a gently wooded area with a bike path and central play areas to the more heavily wooded and populated planned entertainment sections.

William Hammond Hall designed and landscaped Golden Gate Park to be “… an urban pastoral retreat, a semblance of nature.” This park is 3.5 miles long and has everything from playing fields and lakes to museums, two windmills, an AIDS garden, and a great stretch of beach. You could spend an entire day at any one of these places.

I entered through the Oak Woodlands from Kathleen’s Corner at Fulton and Stanyan streets. These woodlands exist on the remains of the largest inland-reaching sand dune system on the entire west coast. Nearly 2 miles of paths wind through the Oak Woodlands and connect to the extensive trail network in Golden Gate Park and to the Bay Area Ridge Trail. Many of these paths are paved and would be appropriate for someone in a wheelchair with an attendant as the hills are too steep to push yourself.

Following the 1906 earthquake, these trees were cut down for firewood at homeless encampments but resprouted into the grove that exists today. I was impressed by the sound dampening properties the grove provides. It was hard to hear the traffic less than 100 yards into the Park. Mostly, it’s a peaceful place to shed the weariness of any day and build excitement for what’s to come.

Pro Tip: Bring a picnic basket. There are few food options within the park.

In the Koret Children’s Quarter, the playground opened in 1888 and is thought to have been the first public playground in the nation. The Sharon Building, designed for indoor play during bad weather, now houses the Sharon Art Studio, where both children and adults can take art classes.

The Herschel-Spillman Carousel, built in 1914 and installed in Golden Gate Park in 1940, contains 62 colorful animals including horses, frogs, dogs, roosters, pigs, a dragon, a camel, and a goat. If you’re not too busy waving to your family standing outside the carousel, you can examine the interior panels depicting bay area landscapes. This carousel is the highlight of most children’s memories of the Park.

3. The Conservatory Of Flowers And Lily Pond

California’s first municipal greenhouse, completed in 1879, the Conservatory of Flowers was modeled after England’s Kew Gardens. Simple glass units were assembled into this late Victorian-style building with floral displays fashioned into clocks and sprawling gardens with informative signs for the wannabe botanist.

The Lily Pond, just across the path from the conservatory, reminds me of the Monet paintings, except for a tiny fountain to keep the water dynamic. It’s a peaceful place to relax, read, paint, or meditate.

As healthcare in the 1980s was shaped by the mysterious Human Immunodeficiency Virus (HIV) and subsequently AIDS, too many people were castigated by prejudice and fear. As more was learned about the disease, perhaps better acceptance and tolerance developed. This grove became the National AIDS Memorial as a reminder to unite to continue progress against this deadly epidemic and the value of each human life affected.

Walking down the stairs to the football field-size pasture, there are circles filled with the names of AIDS victims and stones where you can thoughtfully process what it means to be here and how far we’ve come, yet how far we still need to go both in medicine and in compassion.

In the center of the “museum district,” which includes the DeYoung Museum and the California Academy of Sciences, the Music Concourse was created for the 1894 Mid-Winter Fair. The (current) Spreckels Temple of Music or “bandstand” is a popular place to hold music performances with free concerts regularly given on Sundays from April to October by the Golden Gate Park Band.

Directly across from the bandstand, past three fountains and low-level plantings, the Ferris wheel soars above providing overhead views and more family fun. You can create your own photo scavenger hunt: split into teams and search for statues of Verdi, Beethoven, Ulysses S. Grant, a Roman gladiator, and a nearby pirate.

In the center of the Pool of Enchantment near the entry to the DeYoung Museum, find a young boy playing a flute and two native California mountain lions.

Walking into this Japanese Tea Garden feels a lot like walking into one at Disney World. Originally built for the California Midwinter International Exposition of 1894, it’s one of the most treasured tourist stops. Makoto Hagiwara, a Japanese immigrant and gardener, and his descendants were great stewards and caretakers of the garden importing many plants, birds, and koi fish from Japan, until their internment in camps during WWII.

The soothing sounds of an azalea-covered waterfall aid each step towards relaxation. The smell of wisteria wafts through the air. Stop for tea and enjoy the tingling tastebud delights to engage all your senses. And, of course, the view. It seems unlikely, yet the sights of everything from bonsai and other plants to wandering paths, sculptures, and religious-inspired structures are both overwhelming and comforting at the same time.

Deeper into the Park, I found Mallard Lake. Watching kids toss bread to a bunch of hungry ducks somehow never gets old. This sord of mallards flocked to the girls at the edge of the lake for their after-school outing.

The Polo Fields were in use for children’s soccer the day I was there. A cycling track makes it multi-purpose. Outside, the field is a great walking path with stretch and exercise stations. Even though I put in my 25K steps for the day, I couldn’t resist the first several stations.

More soccer was on tap today on the Beach Chalet Soccer Fields with the Murphy windmill towering over the children and watchful coaches.

Originally the largest windmill of its kind, the copper-domed windmill’s sails became mechanized, and the dome was restored in the Netherlands in early 2000.

Viewing the 75-foot Dutch Windmill (aka the North Windmill) from a distance, either from the park or from the beach, is pretty easy. Spotting the two windmills together seems unusual in an American urban setting. Yet that’s part of the charm. To actually reach the Dutch Windmill takes a bit of effort. Walk behind the Beach Chalet Visitor Center and climb up the hill to reach the base.

Pro Tip: Enter from the east side rather than the southwest and view the structure through the Queen Wilhelmina Tulip Garden.

Apparently, there are paintings housed within the Dutch Windmill, but the gallery isn’t suitable for visitors until extensive repairs occur. Viewing up close, though, even in disrepair, allows the imagination to return to 1902 when it was first built to pump water. Its four sails are considered the longest in the world.

A fantastic end to a spectacular walk. I sit and watch the waves crash against the shore, families playing, couples walking, and take in nature’s splendor and consider all that I had seen in a single day, but others explore over a lifetime.

San Francisco is a city just waiting to be explored. Check out: 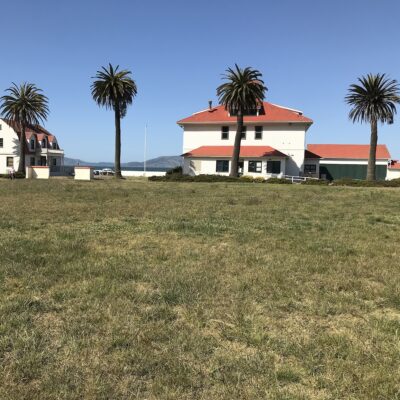 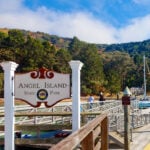 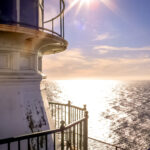 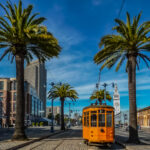