I never thought much about going to Antarctica. It wasn’t a bucket-list trip until I was watching a segment on photographing icebergs on a program called Tales by Light. I mentioned the program to a fellow photographer at work the next day. Call it destiny — her upcoming cruise to Antarctica had one remaining spot open and it was geared toward photographers. You just can’t ignore signs like that from the universe, so I plunked down a hefty deposit and secured my spot on the trip.

Before I dive into the best things about visiting Antarctica, let me give you a range of options for your tour. Cruises run the gamut, from ones that sail past Antarctica — sometimes referred to as sightseeing cruises — to ones referred to as expeditions. With expeditions, you disembark and set foot on the Antarctica Peninsula (weather permitting), and depending on the itinerary, you may explore the Falkland Islands, South Georgia, and the South Shetland Islands as you make your way to Antarctica.

If you have limited time or are incapacitated by seasickness, consider a combination flight/cruise expedition. You’ll fly to King George Island and cruise around Antarctica’s much calmer waters before flying back to South America.

Different price points, length of trips, ports of call, activities (helicopter tours, kayaking, stand up paddle boarding, camping overnight on Antarctica, etc.), and amenities aboard the ship mean there are a number of cruises to choose from. Since I was jumping on board an already planned trip, all these big decisions had already been made. The 18-day cruise I took with Zegrahm Expeditions was roundtrip from Ushuaia, Argentina. It stopped at the Falkland Islands, South Georgia, the South Shetland Islands, and Antarctica Peninsula. The icebreaker ship carried fewer than 100 guests.

Here are the seven best things I experienced visiting Antarctica:

Unlike a cruise with set ports of call and a schedule to keep, a cruise to Antarctica doesn’t necessarily operate that way. That’s not to say cruise lines don’t have a schedule. They do. It’s just that Mother Nature, a high surf, an entertaining pod of whales, or even the appearance of a double rainbow can change plans.

A cruise of this nature is more of an adventure because of where you’re headed and because of the relatively small number of people. You really can linger if a pod of humpback whales is showing off their tail flukes and breaching close enough for you to see their barnacles.

A cruise to Antarctica is all about experiential travel — soaking in each moment. You may never go back and tour operators know that. They want you to have the fullest experience possible while you’re there.

Wildlife is plentiful. It’s hard to imagine life thriving in this inhospitable environment, but it does. Six types of seals and sea lions, seven species of penguins, eight species of whales (with several subtypes of killer whales), and about 40 species of birds other than penguins live on or around Antarctica for at least part of the year.

Many of Antarctica’s animals are migratory, traveling thousands of miles to breed or follow a source of food over the course of a year. Nearly 100 million birds migrate to Antarctica to breed in the spring. Humpback and blue whales migrate to Antarctica for a summer full of feeding on krill — a shrimp-like animal that is less than three inches long.

Antarctica cruises run from the end of October to March. If you have a specific animal you want to see, you’ll want to schedule your expedition around the animal’s stay in South Georgia or Antarctica.

Generally speaking, penguins begin to hatch and elephant seals court on South Georgia in November. Whales migrate in December and seal pups lounge on South Georgia’s beaches in December. In January, the penguin chicks sport very fluffy feathers and stay in their nurseries (called creches), and whales and seals are back in the area to feed. February is best for whale watching and fur seals and their pups are plentiful. If you’re interested in seeing the nesting wandering albatross on South Georgia, February is the month to do so. By March, the penguin chicks are grown and adult penguins are molting — it isn’t the most photogenic month to visit and the temperature is dropping.

If you’re most interested in seeing king penguins, you can see chicks the entire season, especially on South Georgia. King penguins have a 14-month breeding cycle so you’ll see chicks and adolescents with brown down rather than feathers throughout the season. King penguins live in massive colonies (100,000 or more birds).

Pro Tip: Emperor penguins that stand about four feet tall, live farther inland on Antarctica. If seeing these majestic birds is a must, you’ll need to cruise inland via the Weddell Sea or fly in to see them. Very rarely, an emperor may be spotted on the peninsula.

The photographer on the Tales by Light program I watched was most enthusiastic about the ice. Once I saw the colors, textures, and different formations of sea ice and witnessed icebergs calve and roll, I understood why ice would be a highlight.

There are more than a dozen types of sea ice from icebergs to flat pancake ice. As your cruise ship enters icy water, it will slow to a snail’s pace with the crew on the lookout not only for icebergs whose major mass lies below the surface of the water but growlers that are nearly covered with water, difficult to spot, very hard, and extremely hazardous.

Ice is a photographer’s friend in Antarctica because of the variety of colors, shapes, sizes, and textures. Ice can be turquoise blue to steel gray. Many icebergs have windows or keyholes in them adding interest. I took as many photos of ice as I did wildlife.

If your greatest interest lies in photographing ice and the landscapes, plan to travel in January or February since there will be soft light at dawn and dusk. On the summer solstice in December, the sun is visible for 24 hours.

Pro Tip: With the snow, ice, and nonstop sunshine, consider using a polarizing filter for your landscape photography.

4. Stepping Foot On The 7th Continent

As I mentioned, this trip is an adventure with no guarantees. Expedition leaders make every attempt to have you set foot on the 7th continent – typically on Antarctica Peninsula.

Pro Tip: According to regulations, set forth by the International Association of Antarctica Tour Operators, no more than 100 people can be onshore at a time. Keep this in mind when you’re researching cruise ships. If you’re traveling with more than 100 passengers, your time onshore will be reduced.

5. You’ll Marvel At The Tenacity Of Polar Explorers

You’re likely to have a historian on board to give you lectures on the trials and triumphs of the polar explorers. As you learn about their efforts to reach the South Pole without any of the advantages we have today, you’ll gain an appreciation for their achievements — whether they succeeded or failed in their attempts.

You’ll cruise by and perhaps land on Elephant Island — a small, rocky, inhabitable island where Sir Ernest Shackleford’s men stayed for more than four months awaiting their rescue after their ship was crushed by ice in the Weddell Sea.

If your cruise takes you to the former whaling station at Grytviken on South Georgia, you’ll see Shackleton’s grave.

When the ship is underway, whether, for several hours or several days (between South America and Antarctica), the expedition leaders will give lectures on everything from photography, to bird and whale watching, to geology. Expedition leaders have varied backgrounds and are often expert naturalists or wildlife biologists.

As an added bonus, you’ll dine with the expedition leaders and any guest lecturers on board. It gives you a chance to learn even more about Antarctica or their fields of study.

7. You Can Take A Polar Plunge

A few hardy souls earned certificates for jumping into Paradise Bay’s freezing water during the polar plunge. The crew attached safety straps to pluck them out of the water if needed and the ship’s doctor attended. If you’re brave enough to take the dip, you deserve the certificate and the bragging rights.

Pro Tip: This is truly a trip of a lifetime. As a photographer, I tend to get caught up taking pictures. Put your camera away once in a while and soak up the beauty, listen to the ice sizzle and crackle, watch the antics of the penguins, and feel the ripples under your zodiac boat after a whale breaches. Savor the moments.

Arctic and Antarctic travel is an incredible experience, but takes careful planning: 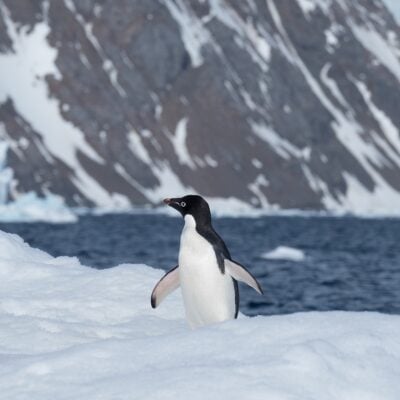 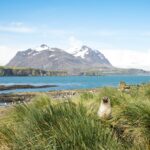 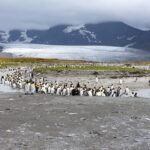 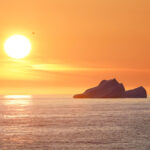