9 Most Entertaining Experiences in Goodyear, Arizona 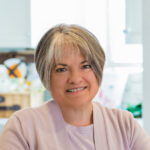 Goodyear, Arizona, is a city in the Sonoran Desert of the Southwest United States just 20 miles west of Phoenix. While you might think the town was formed because of urban creep from the growing metropolis of Phoenix, that couldn’t be further from the truth. Goodyear has a rich history all its own.

Goodyear was named after Charles Goodyear, founder of the Goodyear Tire and Rubber Company. But the Hohokam tribe of Native Americans cultivated cotton in the desert long here before Goodyear started using cotton in its rubber tires during World War I. The Hohokam designed canals to efficiently water their cotton crops, which have been a consistent and successful product of the desert.

Whether flying or driving, Interstate 10, a major coast-to-coast highway, makes Goodyear an accessible destination to reach. If you fly into Phoenix Sky Harbor International Airport and rent a vehicle, a 30-minute, 22-mile drive directly west will put you into Historic Goodyear with its shopping, dining, and lodging.

Goodyear is one of the fastest-growing cities in America because of its climate and lifestyle, and it’s appealing because it’s close to cosmopolitan Phoenix yet has a slower pace. Easy access to an international airport makes air travel convenient.

The freeway system in and around Goodyear makes vehicle travel expedient. The system is built for population growth and is clean and decorated with a desert motif. The small-town atmosphere and casual lifestyle, combined with 300 days of sunshine a year, make living and vacationing in Goodyear desirable.

With a wide range of cuisines across the city that offer exciting dining options and many outdoor activities for all levels and pursuits, Goodyear is an excellent choice for a short or extended desert vacation.

The town of Litchfield Park was named after Paul Weeks Litchfield, who came to the Salt River Valley in 1916. When Litchfield came to Arizona, he was on a mission from Goodyear Tire and Rubber Company in Akron, Ohio. His goal was to convince area farmers and ranchers to grow long-staple cotton for the company’s tire production. That mission failed, but he convinced his Goodyear superiors to buy and lease land to grow their own cotton, instead.

Visit Litchfield Park Historical Society and Museum, where you can learn about the culture and history of Litchfield Park, Goodyear, Avondale, and more towns in the Valley of the Sun.

The Star Tower marks the entrance to the upscale Estrella community on the south side of Goodyear. The Star Tower is a living memorial to the Native American cultures that have studied the sky from this location in the Southwest desert. It offers a view of the night sky without light pollution.

The imposing rust-red and grey stone structure is 50 feet tall and depicts the story of the Milky Way in a spiral configuration similar to that of the nautilus seashell.

Pro Tip: The real spectacle is a night when the surface lights up with hundreds of bright stars.

4. Outdoors In Estrella — On the Trails

With seven Easy, eight Moderate, four Difficult, and five Expert trails in the community of Estrella on the south side of Goodyear, your outdoor experience can be anything you make it.

Enjoy a stroll on the highly walkable Easy trails with little elevation change. Or, if you want to kick it up a notch or more, tackle the challenging trails for running, hiking, and biking. As they say in Estrella, “Adventure rarely takes a straight line.”

Pro Tip: After taking on the trails, enjoy refreshments at Café Bebida. High octane beverages, smoothies, gelato, sweets, and savories round out the menu. The stunning views are a great place to relax and rejuvenate after your exercise. It’s an easy walk on paved sidewalks to the Star Tower.

Estrella Mountain Regional Park is located where the Agua Fria and Gila Rivers meet on the south side of Goodyear. Lush green trees, picnic tables, wetlands, and beautiful desert are a joy to see and experience.

Fish on the Gila River, play golf, camp, or picnic at the park. Horseback riding, mountain biking, and over 33 miles of trails for hiking are some of the outdoor activities available. Try the Baseline Trail, which is a relatively easy, short hike at 2.4 miles.

The Nature Center is open daily with many displays teaching about the desert and the restoration of the two rivers.

Just over the southeast border of Goodyear lies Avondale, where a historical survey marker adorns the peak of Monument Hill. This marker designates the zero point tied to almost every legal property description in Phoenix and Arizona. It governs Arizona’s surveys, and the street grid layout in Phoenix begins here.

Easily seen from the top of the hill, the Gila River was the original boundary between Mexico and the United States. The initial marker was set in 1851 by the U.S. and Mexico Boundary Commission. It was the first point for land ownership in the Arizona Territory, and all survey marks in Arizona were established from this initial point, which is on the National Register of Historic Places.

A breathtaking 360-degree view of the Valley of the Sun makes the effort of getting to the top of this steep climb worthwhile.

The hillside is also known as Rattlesnake Hill. It boasts one of the most unique vantage points to watch car races. A perch here will provide cheap seats for race viewing at Phoenix Raceway during the NASCAR season.

Pro Tip: Climbing to the marker may be challenging. It’s a short hill with loose gravel and is windy at the top.

The Urban Corner Scratch Kitchen, located in Historic Goodyear, is a lively destination. More than a sports bar, the menu features traditional Southern cuisine and happy hour specials, plus there’s live jazz music for Sunday brunch and Comedy Night on Mondays. Local talent on Friday nights will have you out of your seat and dancing to the tunes and vocals of the musicians.

Nestled between the Phoenix Goodyear Airport — another of the city’s historic landmarks (which is home to numerous businesses, including Aersale, an aircraft MRO, or Maintenance, Repair, and Overhaul, company) — and the Agua Fria River, and the Papago Freeway, The Urban Corner is a must-visit destination for great entertainment when you are in Goodyear.

The Bible Museum in Goodyear is housed inside an unlikely place: the Hampton Inn and Suites. The museum is open 365 days a year, 24 hours a day.

Some of the rarest printed Bibles and theological books on the planet reside here. All are encased behind glass or in cabinets.

The Bible Museum is also a showroom for the largest dealer of rare and antique Bibles and ancient Biblical manuscripts. You don’t have to buy anything nor make a donation.

Your visit to The Bible Museum may be the most unique and entertaining stop in Goodyear! Allow 30 minutes to one hour.

More than 200 scenic golf courses dot the landscape in the Greater Phoenix area. Located on the west side of Goodyear, Tuscany Falls East Country Club at Pebble Creek is nestled in a resort community. The White Tank Mountains, verdant greens, and expansive views make a perfect backdrop to your round of golf. A great layout keeps the pace of play moving.

Pro Tip: Stay at the new Springhill Suites in Goodyear. It’s close to Interstate 10 for a quick drive to Phoenix, shopping, dining, and Goodyear Ballpark.