How To Spend A Beautiful Long Weekend In Siena, Italy

Siena is what is often called Tuscany’s loveliest medieval city, but its history dates to Etruscan times, after which it became the Roman city of Sena Julia. In the 12th century, it became a self-governing commune, forever at conflict with Florence over economy and politics. Over the centuries, Siena lived through economic highs and lows, was devastated by the outbreak of the Black Death in the 1300s, and retained its independence during the 15th century, but after fighting off French and Spanish invasions, Siena surrendered to the Spanish in 1555, and in 1861, Siena, together with the rest of Tuscany, became part of the newly founded Kingdom of Italy.

The long history is reflected in Siena’s architecture, with stunning medieval buildings lining the narrow streets, and the large square is surely one of the most impressive in Europe. The city’s narrow streets get easily overwhelmed by crowds, and, when it’s hot, it really does get hot, as the breezes do not make it to the lower reaches of the streets. So, try to visit outside of summer to avoid crowds and heat, and enjoy walking around in the late afternoons, which can then easily end at a piazza with a refreshing spritz in hand.

There is much to see and do within Siena, but also in the surrounding region, which is best explored during a Tuscan road trip (see my suggested itinerary here).

I have visited Siena many times, and each time I am nearby, I think, Let’s skip Siena, because we have seen it, yet every time, it draws me in again with its charm and the sense of exploration and discovery you get when getting lost in the narrow lanes. Here are my favorite things to see and do.

Things To Do In And Near Siena

From simply taking in the enormous Piazza del Campo to exploring the museums, climbing up a tower to look at all the terracotta roofs to being astounded by the ancient library in the cathedral, or simply meandering through the neighborhoods, Siena has surprises at every corner.

This gigantic square, shell-shaped with nine sections, one for each of the then government sectors, who belonged to the Government of Nine, pointing directly to Palazzo Publico, dates back to the 1200s. Like most medieval squares, even if they are not square, it was the central point of the city, where people met, markets were held, and spectacles took place. Lined with historic sites, cafes, and shops, you can linger here for a while.

Pro Tip: The Palio di Siena, the famed horse race that takes place twice a year (In 2021, July 2 and August 16), finds horses and riders representing 10 of the 17 contrade (see below) taking place in a race around the piazza. The races stretch across four days, all with complicated rules. A sight to be seen, but only if you can get a balcony with a view. Book early!

This black-and-white striped cathedral dates to the mid-13th century, and the colors represent the founding fathers of Siena: Senius, who rode a black horse, and Aschius, whose horse was white, both colors now known as the colors of Siena. While the facade, dome, and tower are gorgeous, inside, the altarpieces, carvings, floor mosaics, and the crypt, plus the underside of the dome are stunning.

Also inside, you’ll find the Biblioteca Piccolomini, a library that in itself is a work of art, and is, in my mind, the cherry on the cake for the cathedral.

Pro Tip: There is so much detail inside that a guided tour is the only way of making sure you don’t miss something special.

Call me philistine, but my favorite thing to do in Siena is going round the various neighborhoods or contrade to spot the signs that represent them. Each contrada has its own symbol: the Eagle, Snail, Wave, Panther, Forest, Tortoise, Owl, Unicorn, Shell, Tower, Ram, Caterpillar, Dragon, Giraffe, Porcupine, She-Wolf, and Goose. You will find depictions on street signs, buildings, lampposts, and all sorts of strange places, and it is a fun way of meandering through the lanes to see what you can spot. Each symbol has its own myths and legends, and they are still very important to the people who live in each contrada, not just during the palio race, but also when it comes to weddings, births, and other festivities.

Pro Tip: You can pick up leaflets explaining the different contrade at the tourism office or have a read of this website.

Torre de Mangia means “Tower of the Eater,” and, reportedly refers to Giovanni di Balduccio, the first bell ringer of this old belltower. Giovanni was nicknamed Mangiaguadagni, translated “Eater of the Profits,” because he was known for eating through his earnings. Built between 1325 and 1348, the tower was supposedly built to the same height as the tower of the cathedral, representing the equal power of church and state. In reality, though, the church tower is a little higher. The views from the top across the red roofs of Siena and the stripey cathedral plus the surrounding countryside are superb.

Pro Tip: The climb is worthwhile, but it is 400 steps, and some of the steps have worn down over the last 700-odd years. That said, it is not a spiral staircase, but a square one with regular rest spots where you can take breathers as needed.

Meander through the Pinacoteca Nationale Art Museum, a recently renovated museum spread across two ancient city palaces. It exhibits examples of Gothic masterpieces, many altarpieces, and other masterpieces by artists from Siena. While the pinacoteca holds mostly religious art, the Civic Museum of Siena is on the first floor of the Town Hall. In its splendid halls, the frescoes tell the story and history of Siena.

Pro Tip: If you feel the Torre del Mangia may have too many stairs (I don’t blame you), pop up onto the panoramic terrace on the top floor of the Civic Museum for good views.

This 13th-century hospital, which was dedicated to caring for abandoned children, is no longer a hospital but houses three museums, all of which are set in the amazing architecture of the day. Pretty stunning for a hospital. Within the grounds, the Fonte Gaia fountain with its marble panels and reliefs, complete with turquoise shimmering water, alone is worth coming for.

Pro Tip: There are various combined Siena attraction tickets but not one that covers all of them. The Siena Pass gives you 50 percent off most entrance fees and allows you to jump the queue.

Best Restaurants And Cafes In Siena

This is Tuscany, Italy, so you really are hard-pushed to find bad food in Siena but still are best advised to opt for smaller insignificant-looking restaurants off the main drag for the tastiest and cheapest options. Rather than recommending specific restaurants, I am giving you nudges to specific experiences which will add to your culinary encounters in Siena.

Ricciarelli Almond Biscuits: These yummy, sugar-dusted macaroon-like biscuits are a must-eat in Siena. In the rest of Italy, these are often baked on special occasions, such as Christmas. In Siena, they are a daily staple. You will find them in all the traditional bakeries, but try Il Magnifico, a master bakery with a magnificent name.

Tuscan Cooking Class: What better way to remember the trip of a lifetime than by recreating some of the iconic dishes you tasted along the way? Spend a morning learning how to make some Tuscan dishes and finish off eating your creations and enjoying your newfound skills.

Montalcino Wineries: This region is not just famous for its history, beauty, and food, but also for its wine. So, don’t leave without having tasted your way through some of them. On full-day trips, you will be picked up, driven to a selection of three vineyards, have lunch, and be deposited safely back at your hotel.

Siena is a tourism hotspot and, as such, is prepared to offer accommodation to suit every taste and budget. While there are beautiful villas to rent outside the city limits, this is a weekend in Siena, and in my mind, some of the best times to explore the city are the mornings and the late afternoon, so staying within the city is preferable.

Hotel Palazzo Ravizza: A city palace that feels a little like a country estate, this hotel is luxurious in its setting but affordable. Formal gardens and a perfect terrace with views across Tuscany make you want to stay in rather than explore outside.

Piazza Paradiso: A charming old townhouse near the city center, this is a very affordable bed and breakfast option. The rooms vary a lot, some lack a little charm, but that is made up for by their delightful courtyard and the small dent in the travel budget.

When in Siena, try to do as the locals do. By all means, have a coffee on the Piazza del Campo, but don’t eat there. This is probably the only place in Siena where the food would not be great. Don’t follow the main drags and try and see the sights first thing in the morning or later in the evening when day-trippers have gone. Search out the smallest cafes and restaurants, and slow down and enjoy the neighborhoods. 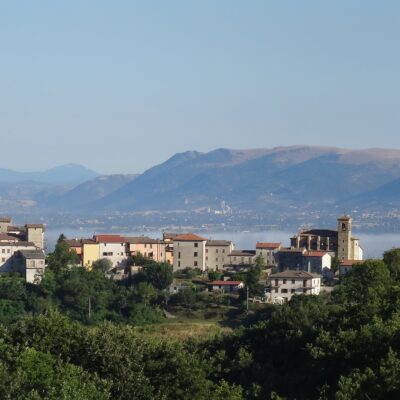 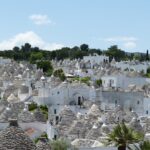 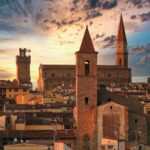