How To Spend A Day In Charming Carthage, Missouri

Located just 15 miles from the southwestern Missouri city of Joplin — and right on historic Route 66 — the town of Carthage is a gem of a spot that stands out all on its own. With its rich Civil War roots, beautiful courthouse square, and quirky attractions, there is plenty to explore and experience packed into this town. Here are a few reasons why you might want to consider Carthage as a destination for your next day trip, or even a weekend getaway!

Get Your Civil War History Fix

Carthage, situated in southern Missouri, was an area truly torn apart leading up to and during the Civil War. This was a region highly divided between those who supported slavery and those who were adamantly opposed. It was heartbreaking but not uncommon to see families fighting on opposite sides, and neighbors battling against neighbors during the war.

Serious Civil War buffs knows that the start of the entire awful engagement started just outside this small town. The Battle of Carthage was the first full-scale skirmish of the American Civil War, on July 5, 1861, eleven days before the Battle of Bull Run.

Union troops from St. Louis clashed with the Missouri State Guard, a pro-Confederacy force, in a fight that extended well past their respective encampments. Approximately 7,100 troops were involved, and the battle spread out over about 10 miles around Carthage. At times, it was even fought house to house. At the end of the violent outbreak, Union forces retreated, and casualties for both sides were minimal. But the Battle of Carthage lifted the morale of the pro-Confederacy forces and was certainly a harbinger of what was to come as the war quickly escalated. Indeed, the town would later be burned to the ground.

Local groups routinely stage reenactments of the battle near the grounds of the state historic site which commemorates the event. Here, you can see the meadow and spring that made the area a natural encampment for soldiers during the confrontation. It’s a picaresque, pretty spot, despite the violence that originated here 160 years ago.

Architecture fans will not want to miss Carthage’s gorgeous courthouse. The town is the county seat of Jasper County, Missouri, and it’s come a long way since it was first designated as such back in 1841. The first courthouse was a split log home, but the one you’ll find today, built in 1895, is simply a stunner. It was constructed of locally quarried stone at a cost of $100,000. Despite ongoing squabbles between the architect and building crew, and lengthy delays, the finished product was certainly worth the wait. The Jasper County Courthouse is Carthage’s heart, and it’s listed on the National Register of Historic Place and is said to be one of the most photographed courthouses in the state. Located in the center of downtown, its castle-like turrets and tall clock tower soar over the historic district. Inside, you’ll find a mural by Missouri artist Thomas Hart Benton and historic displays on the first floor.

Be sure to take your time perusing the shops and cafes located in and radiating out from the courthouse’s square. This is a quintessential small town at its most charming and classic!

Learn More About The Powers

To learn more about Carthage, and how it came to be, you’ll want to make time for the Powers Museum. This place was a gift to the residents of Carthage from Marian Powers Winchester, who left a bequest “for the establishment and operation of a museum for the citizens of Carthage and the surrounding area.” Since opening in 1988, the museum has expanded on its initial collection with donations from current and former residents. This place has a narrow but fascinating focus: the history, life and times of the town of Carthage. In addition to the permanent collection, which consists of a whole host of objects and artifacts, previous temporary exhibits have featured quilts and quilting, and Carthage during pivotal points in the past: World War I, the anniversary of the Battle of Carthage, and the town’s founding. In short, this spot is a little gem worth checking out for the curious among us. Call ahead for hours.

Carthage Historic Preservation, founded in 1978 by a group of concerned citizens, has done incredible work to preserve, restore, and celebrate the Victorian-era homes in town. It’s even helped get three of the town’s districts listed on the National Register of Historic Places.

Located in one of those districts is the beautiful 1895 Phelps House, built by Colonel William Phelps, a Carthage attorney. Sitting empty and slowly deteriorating, the Phelps House was purchased by Carthage Historic Preservation in 1988. Through extensive restoration and repair work, volunteers returned the Phelps House to its original glory. Today, the 14-room mansion serves as a gorgeous setting for special events. It’s also available for tours on Wednesdays and by appointment.

For an experience where Missouri history is met with a dash of eccentricity and quirkiness, you’ll want to head to Red Oak II. Just a couple of miles northeast of Carthage, this entire place was created by artist Lowell Davis. Davis, who grew up in the original Red Oak, returned to the area after years of living away to discover his hometown had become a ghost town.

That’s when Davis decided to recreate the place he remembered fondly, turning his land near Carthage into a small-town tribute. David bought historic homes from other nearby small towns, moving them to his site and restoring them one by one. While each of the homes and buildings is now privately owned and maintained, the public is welcome to visit and take in this special place that’s a bit of small town, a bit of ghost town, and all parts charming.

To add a bit of kitsch to your Carthage visit, make plans to head to the Precious Moments Chapel. Remember those little pastel ceramic figurines of sweet, angelic children? They were wildly popular in the 1980s and 1990s, and when they started selling, Precious Moments creator and artist Sam Butcher became quite wealthy indeed. He decided he wanted to build a place where he could combine his artistic work with his religious faith. During a business road-trip, Butcher stopped off in Carthage and decided he’d been called home. He bought some land and got to work creating a chapel that thousands still flock to each year.

Make Time For A Movie!

As previously mentioned, Carthage is located right on historic Route 66. To celebrate this unique piece of Americana, we suggest heading to the town’s drive-in to take in a movie! The 66 Drive-In opened back in 1949, a full four years before the first local TV stations went on the air. This fact has earned it a spot on the National Register of Historic Places. While it shuttered in 1985, the drive-in was renovated in the late ’90s and has been delighting locals and visitors alike since. Today, many tourists making the Route 66 journey stop in Carthage to take in a movie and experience the old Route 66 nostalgia. If you’re in Carthage during the summer months, consider making the drive-in part of your visit here, too!

To give your Carthage visit a caffeine kick-start, stop off at Mother Road Coffee. Its specialty drinks, including some terrific lattes, will hit the spot, as will their delicious and decadent pastries. For the best burger anywhere, the original Whisler’s has you covered. Established in 1953, this little shack — with its Sow ‘n’ Cow (bacon burger) and Pig ‘n’ Bull (burger with ham) — is a Carthage favorite and is bound to become one of yours as well. It’s a great place to pick up a quick to-go bite in between adventures!

For a luxe, restful overnight stay, check into the Shiloah Manor. This inn, located just a bit south of town, has a country estate feel, with lovely rooms, a pool, hot tub, and great room. 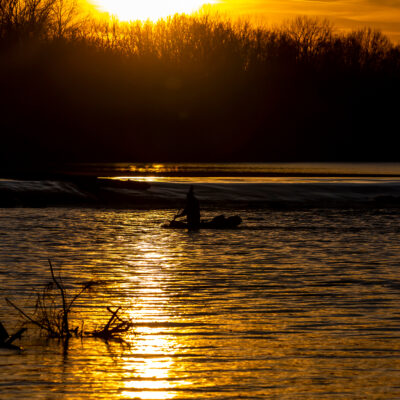 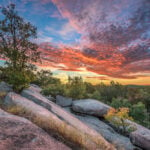