It’s hard to pinpoint just one food that Missouri is known for, but ask any resident, and often the favorite meal is found at a diner. The greasy spoon diner stands out with its blue-plate special, fried chicken, loose meat sandwich, or burger, in particular the smashed variety. The greasier, the better.

While Kansas City is notorious for its barbecue, St. Louis holds its own in notoriety for barbecue ribs (as well as fried ravioli, gooey butter cake, and St. Louis-style pizza). And with ethnic pockets throughout the state, you’ll find some of the best Cuban, German, Italian, and French foods in both small and large Missouri cities.

As these aren’t seasonal foods, any time is a good time to take this foodie road trip; however, check the forecast if you’re planning on making it during the winter months. Missouri gets its share of snow and ice, and some of the two-lane highways in central Missouri can be tricky.

Although I’ve lived in the area all of my life, I polled some friends on Facebook to find out their ultimate restaurants and foods and have included their tips as well as my own.

For this road trip, we’ll start and end near the Kansas City metro, winding down toward Springfield, up to St. Louis, and back to Independence. Although I mention three restaurants in the Kansas City area, I didn’t focus on barbecue for this article because so much has been written already and I wanted to open up some new culinary possibilities for this foodie destination. But if you can’t get enough of Kansas City barbecue, this article I wrote focuses on seven popular barbecue restaurants.

We’ll start just north of the metro in Weston for this ultimate foodie road trip through Missouri.

Weston, Missouri’s Irish culture is thriving, and you don’t need to wait for St. Patrick’s Day to get your fill of Irish food and music. This charming town has antique stores, wineries, and the gorgeous Weston Bend State Park in addition to plenty of Irish fare. Catch a live show at O’Malley’s 1842 Pub, take a brewery tour at Weston Brewing Company, get your fill of Irish culture at the annual Weston Irish Festival, and then stop by the American Bowman Restaurant for dinner.

At American Bowman Restaurant, order traditional Bangers and Mash with an Irish Stout or Hot Pepper Ale sausage. It’ll be served with mustard sauce, colcannon potatoes, and a roll. And don’t miss out on trying the Scotch Eggs — hard-boiled eggs wrapped in house-made sausage, then breaded and fried.

Pro Tip: Jamie Shurtz suggests: Try a flight of beer from the Weston Brewery with your Irish Egg Rolls and Scotch Eggs.

Serving old-fashioned, pan-fried chicken, Stroud’s is a Kansas City institution. It takes longer to cook, but the chicken is spectacularly crispy and juicy. The restaurant opened in 1933 as a barbecue joint, but during World War II when beef was rationed, they switched to fried chicken and created a Kansas City tradition.

Order your meal with an assortment of pieces depending on whether you prefer the breast, leg, thigh, or wing. My favorite is the Chicken Fried Chicken, a luscious piece of chicken that comes with gravy. All meals include your choice of potato and chicken noodle soup or salad, plus gravy, green beans, and cinnamon rolls.

Pro Tip: Plan to box up some of your meal to save room for the cinnamon rolls. This isn’t the traditional spiral roll; rather, it’s a fluffy roll that’s dipped in butter, cinnamon, and sugar. Trust me, you’ll want to save room to enjoy them fresh and hot.

Heading for a weekend at the Lake of the Ozarks, we always make a point of stopping in Cole Camp at family-owned A.J.’s Dairy Bar for lunch. Opened in 1961, they’re known for made-to-order fried foods and ice cream and the recognition is well deserved. Order the enormous hand-breaded tenderloin sandwich with a side of onion rings and one of their many flavors of shakes. My favorite is chocolate, but banana is popular, too.

Head south from Cole Camp for a stop at Osceola Cheese. Although it’s not a restaurant, everyone should stop at this mammoth cheese shop, open since 1944 with over 275 varieties of cheese, at least once. It’s a great place to stop, stretch your legs, sample and peruse the cheese choices and specialty items, and perhaps purchase some favorites to nibble during the road trip.

Lambert’s Cafe, home of the “throwed” rolls, is family-style dining with the fun of having rolls thrown at you. In addition to rolls, servers walk by regularly carrying “pass arounds” — extra side dishes that come at no charge when you order a meal. You’ll get to choose from fried okra, macaroni and tomatoes, black-eyed peas, fried potatoes, and sorghum and honey. Try the homemade roast beef, piled high and served with mashed potatoes and two sides (in addition to the pass arounds) such as collard greens, applesauce, sliced beets, and more. Oh, and of course, don’t forget the “throwed” rolls.

Pro Tip: Because everything is served family-style, no doggie bags or shared orders are allowed.

Heading toward St. Louis, stop for an old-time loose meat sandwich at Maid-Rite. While in Rolla with my mom a few years ago, she remembered a loose meat sandwich from her childhood that we had to find. We found the Maid-Rite, a small drive-in that’s been serving the sandwiches since 1926. It’s simple in concept — loose ground beef that’s seasoned and topped with a pickle and onions and served on a warm bun. It’s messy and soft, and after the first bite, I knew why my mom had fond memories.

Pro Tip: A loose meat sandwich just begs to be eaten with a root beer float.

St. Louis-style pizza consists of a thin cracker-like crust and a processed cheese called Provel. Rather than being served in triangular slices, the pizza is cut into squares or rectangles. Salvage Yard Bar and Grill serves the city’s namesake pizza as well as Chicago-style thick crust pizza with the sauce on top of the cheese. You can build your own with favorite toppings or choose one of their specialty pizzas.

Pro Tip: If you’re not in the mood for pizza, Angela Peacock recommends The Fountain on Locust in downtown St. Louis. “It has the world’s smallest hot fudge sundae and has won awards for the best bathroom. They also have a killer St. Louis City Salad Sandwich and Polish Dill Pickle Soup. It’s a must go!”

Want to learn more about Provel and the history of the square slice? Here’s everything you need to know about St. Louis-style pizza.

Heading back toward Kansas City, stop in Fulton for authentic Cuban food at Fulton Cafe. I have plans to visit soon, and the cafe comes highly recommended by a friend. I can’t wait to taste the Shredded Beef-Ropa Vieja. All entrees come with rice and a side salad plus a choice of either black beans or plantains. I’m told that the Cuban Sandwich-Cubano alongside a glass of the iced coffee is delicious as well.

For Cajun-Creole and American dishes, stop in Columbia for a meal at Glenn’s Cafe. The decor is as interesting as the food, and you’ll feel as if you stepped into a café in New Orleans. If you’re there for dinner, share a plate of the Nouvelle Cakes made with shrimp, crawfish, and crab, and served with a creole lemon aioli. Then try one of the Southern favorites such as Shrimp and Grits or Mac N’ Cheese.

Pro Tip: Cathlyn Unruh says, “Glenn’s Cafe has amazing jambalaya and etouffee, and I remember this incredible bricked chicken (spatchcocked, roasted with hot bricks) — everything I’ve had was wonderful.”

Back in the Kansas City area, stop on the east side in Independence, childhood home of Harry S. Truman, at Clinton’s Soda Fountain. It’s like stepping back in time to an old-time soda fountain. Feel the nostalgia as you dig into a banana split or a hand-made shake or malt.

Editor’s Note: Clinton’s has suspended operations during the pandemic; check their website to ensure they’ve reopened as you plan your visit.

Before leaving Independence, stop by the Harry S. Truman National Historic Site to tour his childhood home and learn more about the 33rd President of the United States.

Pro Tip: Amanda Waring says, “Harry Truman used to work at Clinton’s Soda Fountain. They have all kinds of old-fashioned ice cream and soda like phosphorus.” 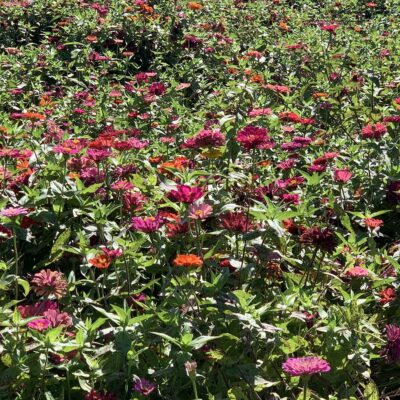