10 Best Things To Experience In Dallas, According To A Local

Penny Sadler
What Are Your 2023 Travel Plans?

Dallas sprawls across what was once prairie land, cotton fields, and cattle ranches, rising up like Oz seemingly out of nowhere. At night, the skyline is a spectacularly illuminated from almost every direction, but it wasn’t always like that. For visitors who want to learn something more about the city than what is depicted on TV shows like Dallas, there are multitudes of places that tell the story of the city through history, architecture, art, culture, and, of course, great dining and shopping experiences.

I’ve lived in Dallas, Texas most of my life. While things are constantly changing, some will always remain the same. Here’s my don’t-miss list of top local tips for Dallas.

Anyone who loves history and architecture will enjoy a walk through the grounds at Fair Park, the only intact pre-1950s world fair site in the United States. It also boasts the largest collection of art deco exhibition buildings and sculptures.

Fair Park was originally conceived as the site for the State Fair of Texas in 1886. It wasn’t until 1936 that it became the site for a world’s fair, commemorating the centennial of the Republic of Texas. Architects came from all over the world to help create the art and the exhibition buildings you see today. On each side of the Esplanade, there are sculptures depicting the six flags of Texas: Mexico, Spain, France, the Confederacy, the Republic of Texas, and the United States. Be sure to look for the murals painted inside the porticos and the very streamlined art deco sculptures on the south side of the reflecting pool. And don’t forget to visit the Hall of State, a gorgeous art deco building commemorating the history, agriculture, and social development of the state of Texas.

Local Tip: Go early in the morning and you’ll likely have the place to yourself, as long as there is not an event scheduled.

The Statler is a mid-century architectural gem in downtown Dallas. At the time it was completed in 1956, it was recognized as one of the first modern hotels in the United States and the epitome of contemporary design. It became the top hotel in the Southwest for conventions and business travelers, and it had the first hotel heliport. The 2,200-square-foot ballroom hosted many entertainers, such as the Jackson 5, Tony Bennett, and Liberace.

In 2013, a developer began a multi-million dollar restoration to return the Statler to its original glory. In 2017, after several stalls, it finally reopened as part of Hilton’s Curio Collection. Today it is both a hotel and a residential property with several restaurants, offices, and shops on site.

Local Tip: I take guests here for a drink at the rooftop bar with stunning views of downtown. One guest, who was visiting from Munich, confessed she thought it was an odd choice, but once there, she loved it and thanked me for the excellent suggestion.

3. Tea At The Adolphus Hotel

Maybe you’ve always wanted to experience a proper English tea but can’t travel to England. No problem! Come to Dallas and experience tea at The Adolphus Hotel. You don’t need to wait for a holiday to enjoy this mostly traditional English tea. In fact, this is an annual mother-daughter outing for many Dallasites. The tea is two courses and has one tea paired with each course. But first, you’re greeted with a glass of champagne. Everything is very white table cloth and proper, but relaxed at the same time. You do need to make a reservation, however, as this experience is regularly booked in advance by the locals.

Local Tip: Book dinner at the French Room in the Adolphus, as much a Dallas tradition as English tea!

Editor’s Note: Interestingly, The Adolphus is one of eight hotels the royals have stayed in while visiting the U.S. and Canada.

A high-tech experience with things to see and do both indoors and out, the ATT Discovery District is a fun and welcome addition to downtown Dallas. You can sit outside with a coffee or order a meal at Jaxon Texas Kitchen and Beer Garden. The outdoor plaza also has a virtual reality media wall that will blow your mind. The themes and experiences change, but whatever it is, it’s always fun. The media wall is outdoors, but the experience store is open during regular business hours.

On November 22, 1963, President John Fitzgerald Kennedy was assassinated in Dallas as his motorcade passed what was then the Texas School Book Depository Building. The shooter, Lee Harvey Oswald, was believed to have fired from a window on the 6th floor of the building. At The Sixth Floor Museum, print, video, and artifacts tell the story of the life, legacy, and assassination of President Kennedy.

I always take my history-loving visitors to the 6th Floor Museum. It never fails to get a great review. You can take a 90-minute self-guided audio tour, but there is no limit on how long you can spend in the museum.

Local Tips: Be sure to visit Dealey Plaza just outside the museum. Walk to the grassy knoll and you can see exactly where the motorcade was at the time the sniper fired. Then walk to the John F. Kennedy Memorial Plaza just a block away.

The Hyatt Reunion Hotel opened in 1978 and instantly became an iconic landmark. The Reunion Tower, shaped like a golf ball, featured a revolving restaurant. The restaurant is no longer there, but at 470 feet, there is an observation deck offering 360-degree views. In 2015, The Amazing Race TV-series filmed the season finale here.

Local Tip: This is a great place to watch the sunset.

Highland Park Village is a Mediterranean-style outdoor shopping center built in 1931. It’s located in the Highland Park neighborhood, basically the Beverly Hills of Dallas. Luxury designer boutiques such as Prada and Chanel invite you to do some serious retail damage. However, you can also enjoy a walk around the shopping center and an alfresco lunch that won’t break the bank; window shopping is free.

Local Tip: Take a drive along Armstrong Parkway and admire the gorgeous homes and many parks. Armstrong Parkway crosses Preston Road and Turtle Creek, where there’s a lovely park perfect for a nice walk or a picnic.

Craving Spanish tapas? Cafe Madrid is almost an institution in Dallas after 30 successful years. Located in the trendy Uptown neighborhood adjacent to Highland Park, it’s the perfect place to sit outside with a glass of Rioja and a classic Spanish paella or some fried calamari and people watch. Depending on when you go, it can be crowded, so plan accordingly. Friday night is flamenco night.

Local Tip: The house sangria is also a local favorite.

I’ve visited Italy enough, and eaten enough gelato, to know Botolino Gelato Artigianale is the real deal. Sometimes you can see the owner, Carlo, working in “the lab” at the Greenville Avenue location, so you know everything is fresh and made onsite.

When I tried the Egyptian rose, I really tasted roses, but it was light and fresh as if I was tasting the fragrance. Carlo said the flavor is infused into the milk cream. I don’t know how he does it — I just want to enjoy eating it. The black sesame reminded me of a small sesame and honey candy I used to eat as a kid, savory and sweet. If you like tahini, you’ll love this.

Botolino has two locations: the original location on Greenville Avenue and a location at Preston Royal shopping center. When I crave gelato, I give in and drive 20 minutes across town for Botolino.

For almost 30 years, Algur H. Meadows, founder of the Meadows Museum, collected and promoted Spanish art. Inspired by his visits to Spain, his collection is the core of the works on permanent exhibition at the museum often referred to as the Prado on the Prairie. Works range from the period of the Spanish Golden Age to more modern artists like Joan Miro and Pablo Picasso.

The Meadows Museum is located on the campus of Southern Methodist University. You’ll immediately know you’re there by the wonderful Santiago Calatrava sculpture called The Wave, which accents the front of the building.

This is a small, quiet museum that is somewhat unknown, which makes it a nice getaway from the bustle of the city.

Local Tip: The city of Dallas and the university have a long history with Calatrava, and depending on where you are downtown, you can observe the Margaret Hunt Hill Bridge, another work of art by Calatrava. 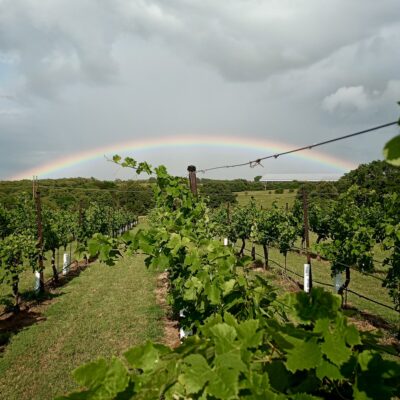 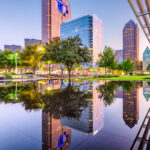 Dallas10 Fabulous Free Things To Do In Dallas, Texas 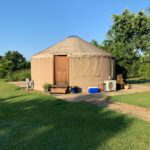 Dallas8 Glamping Spots You Need To Know About Near Dallas-Fort Worth, Texas 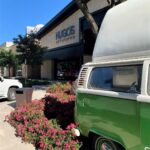