When it comes to Broadway shows and feature films, the artists behind the scenes can only hope and pray that their work will be considered, accepted, and hopefully will have a long run. Likewise, when Swiss artist Ugo Rondinone debuted his unique, large-scale public art installation in the desert outside Las Vegas in 2016 for a scheduled two-year run, he could not foresee what would happen next.

Rondinone’s Seven Magic Mountains can be described as “seven towers of colorful, stacked boulders standing more than thirty feet high,” right smack in the Nevada desert. “The location is physically and symbolically midway between the natural and the artificial,” said the artist. “The natural is expressed by the mountain ranges, desert, and Jean Dry Lake backdrop, while the artificial is expressed by the highway and the flow of traffic between Los Angeles and Las Vegas.”

Yes, the art can be easily seen from your car if you’re traveling Interstate 15, but time may be running out to see it in person.
The seven towers were built in stages, starting in December of 2015. The first step was the cutting of the boulders on site. Several giant boulders were selected and cut into smaller boulders. Next, the boulders were cored, that is, a hole was drilled straight through them. After the coring, Rondinone selected which boulders would be stacked together, and the towers began taking shape. Once the seven towers were erected, the last stage began, with each boulder being painted.

Seven Magic Mountains was produced by the Nevada Museum of Art and the Art Production Fund. The exhibition opened May 11, 2016, and was originally scheduled to be on view for two years. But the massive popularity of the work prompted Rondinone and the producers to seek permission to keep the art standing longer. By the end of 2018, they were granted a 3-year extension that remains in effect until the end of 2021.

While no word has been given about the art remaining past this year, the work did undergo a restoration in December of 2020, which leads many to believe that work will remain in place for the foreseeable future.

To see the Seven Magic Mountains for yourself, from Las Vegas, you will need a car. No public transportation is available to reach the site. From downtown Vegas, take I-15 to Exit 25 (Sloan Road). Turn left (east) to Las Vegas Boulevard for 7 miles. You will see the artwork on your left side.

There is a parking lot onsite; street parking is discouraged.

There are no facilities near the artwork. From the parking lot, you’ll find an unpaved walkway that will guide you to the sculptures. This short walk does not require any special hiking abilities or shoes, but may not be suitable for motorized wheelchairs following a rain.

Be mindful of the weather. This is the desert, and temperatures can reach as high as 104 during the summer months. Bring plenty of water, food, sunscreen, and appropriate sun covering.

You will find plenty of interpretive signage at the site, allowing you to better understand the work. There is even an on-site smartphone interpretive tour.

Photography for private, non-commercial use is encouraged, but no commercial photography is allowed. For more on art and installations, consider 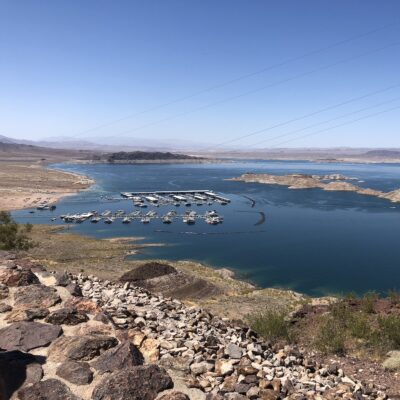 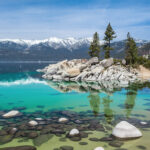 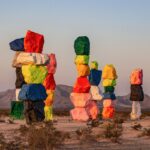 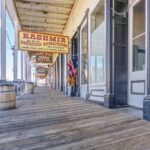