7 French Holidays And How They Are Celebrated

Epiphany, l’Epiphanie in French, is a Catholic holiday that commemorates the day the Three Kings arrived to see the infant Jesus. In France, this is celebrated with a special dessert, La Galette des Rois (Kings’ Cake). The Galette des Rois, a round puff pastry filled with almond cream filling and a trinket, graces the shelves of every patisserie in January. And why are the Kings’ Cakes sold with a golden paper crown perched on top? This 400-year-old French tradition has the youngest member of the family hide under the table as the hostess serves the slices of the Galette des Rois. Whoever receives the piece containing the hidden trinket becomes the King or Queen.

2. Labor Day And May Day

May 1 is a public holiday in France and one of the few holidays when everything is closed. Grocery stores, restaurants, and museums are closed, and in smaller cities outside of Paris, even transportation does not run. The Eiffel Tower does remain open on May 1, as do the Seine River cruises, but I can only imagine how crowded they would be. Opt for a stroll by the Seine, a picnic in one of the lovely parks (buy your supplies the day before), or a walk through a cemetery.

Labor Day, La Fete du Travail, celebrated on May 1, is a day of action consisting of protests, marches, and demonstrations organized by trade unions. The French love their demonstrations, and this day is no different. Thousands of people gather and march together for workers’ rights and other social issues.

The origins of France’s Labor Day or “International Workers’ Day” hails back to the Chicago strike of 1886, where thousands of workers protested for an 8-hour workday. Three years later, France started their own designated Labor Day.

Along with a day off amidst peaceful protests and demonstrations is the lovely tradition of giving lilies of the valley. La Fete du Muguet (pronounced “moo-gay”) or the Lily of the Valley Celebration involves giving friends and loved ones sprigs, bouquets, or entire plants of lily of the valley as a gesture of good luck and happiness. The more of those darling little bell-shaped flowers on the plant is said to result in more luck. I swear on May 1, Paris is under the spell of the fresh scent of lily of the valley.

Flowers shops are bursting with lily of the valley, as are street corners and roadside stalls where independent vendors sell countless scented bouquets. This tradition dates back to May 1561, when Charles IX received a lily of the valley bouquet as a token of good luck. He loved the gesture, and every May 1 onward, he gave every woman in his court a sprig of lily of the valley.

Pro Tip: If you’re in Paris on May 1 and want to see Parisians in action, head over to Place de la Republique, where demonstrations often start or finish.

Victory in Europe Day, La Fete de la Victoire, also known in France as Le Jour de la Liberation, celebrates the end of World War II and honors those who died. On May 7, 1945, in Reims, France, Germany signed an unconditional surrender of its armed forces to take effect the next day. Throughout France, May 8th is a public holiday where parades, flags, and laying of wreaths commemorates the soldiers lost and the victims of the Holocaust. In Paris, the President of the Republic lays a wreath on the unknown soldier’s tomb at the Arc de Triomphe. This is followed by a military parade down the Champs Elysees.

Pro Tip: As this is a public holiday in France, many businesses and stores will be closed.

The Music Festival or La Fete de la Musique takes place every year on June 21, the summer solstice. All over the country, people are encouraged to play music in public places. I have celebrated La Fete de la Musique in small towns and cities in France and also in Paris. It is simply magical to turn a corner and find a group of people listening to a pianist, spectators clapping in time to a small band, and locals singing along to a popular song. The celebration lasts well into the night with dancing in the streets and strains of music heard everywhere.

Pro Tip: Try Google searching your location to find the more prominent bands participating and where exactly to find them. Part of the fun is also happening upon impromptu performances.

Bastille Day commemorates the storming of the Bastille in the French revolution on July 14, 1789, and the beginning of democracy in France. If you are in France on July 14, don’t expect to hear people talking about Bastille Day. Instead, tune into conversations about “Le Quatorze Juillet” or the 14th of July. This national holiday is also referred to as La Fete Nationale or French National Day. It is indeed just that and celebrated in grand style. In Paris, the military parade down the Champs Elysees toward the Place de la Concorde is the oldest such parade in the world and draws thousands of spectators. Other activities include firemen balls, where firefighters host parties in their station houses, free entry to museums, and musical performances in parks. The flyovers by military aircraft that streak the sky in red, white, and blue, the French flag colors, are impressive, as is the unforgettable fireworks display by the Eiffel Tower.

Pro Tip: If you are in Paris on July 14, plan your vantage points for the fireworks. Metro stations close to the fireworks will be closed, so plan on picking a viewing spot within walking distance of your hotel. Anywhere that you can see the Eiffel Tower clearly is a good spot to see the incredible fireworks. Expect crowds. And if you plan to be on the Champs de Mars (the expanse of lawn by the Eiffel Tower) you will need to stake out your spot early in the day.

Every year on the third weekend in September, special monuments that are normally closed to the public are open and welcome visitors. Chateaux, private mansions, places of worship, and courthouses open their doors to the public. It is the perfect opportunity to get in behind closed doors, especially a location that holds a special interest or meaning to you. In Paris, for example, the Elysee Palace (home of the President), the Luxembourg Palace (Home of the French Senate), and the Grand Rex movie theatre open certain areas for the public to see.

Pro Tip: Do your research and decide on your top priorities. Be prepared to wait in line, but it will be well worth it.

All Saints’ Day, known in France as La Toussaint, is a Catholic holiday honoring all saints. It is a public holiday in France and a chance for families to come together and honor their dearly departed. Families gather to clean and decorate tombs. The longstanding tradition is to place flowers, notably chrysanthemums, on the graves of loved ones. Chrysanthemums in France are only ever given in situations of grief and bereavement. Florist shops are overflowing with chrysanthemums at this time of the year, and sidewalk vendors also sell them just outside cemeteries.

In Paris, there is a steady stream of families at cemeteries, and the placement of hundreds of large pots of colorful chrysanthemums creates a stunning ambiance to commemorate the deceased. Wander through Pere Lachaise, Paris’s largest and most well-known cemetery, on November 1 to witness this French tradition firsthand. Other cemeteries that are well worth visiting on Toussaint are Montparnasse, Montmartre, or Passy.

Pro Tip: As a foreigner in France, remember not to offer chrysanthemums as a gift to your hostess. 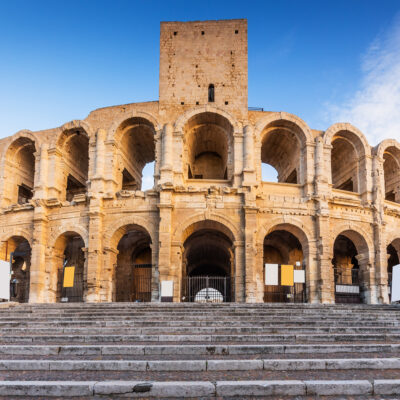 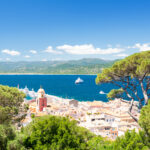 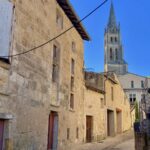 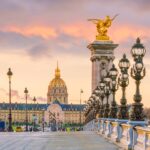 France9 Ways To Avoid Looking Like A Tourist In France