How To Visit The Curious Victoria Beach Pirate Tower

Disneyland’s Pirates of the Caribbean isn’t the only pirate experience one can have while visiting the California coast. Avast Ye (that’s pirate-speak for Listen up!), the curious tale of the mysterious pirate’s tower standing tall, quiet, and all alone, could yield treasure if the legends are true.

Where Is Victoria Beach

La Tour, as it’s known from the French, the tower is located on Victoria Beach, a white sand beach just south of Laguna Beach in southern California, about an hour’s drive southeast from Los Angeles. According to California Beaches, the public access to Victoria Beach is a bit difficult to find. From Highway 1, exit west on Victoria Drive and look for parking as close to

2713 Victoria Drive as possible. Here, you’ll find the public access via a long stairwell next to the private residence. The stairwell will take you down to the far north end of the beach.

Once you’re on the beach, a short hike onto the rocks around the point will take you near the access point and you’ll see the mysterious so-called pirate’s tower.

Story Behind The Pirate Tower

At first glance, the tower appears to grow right from the rocky sandstone cliff below it. The 60-foot tower sprawls to the top of the cliff and encases a spiral stairwell. The locals call it the “Pirate Tower.” It’s made of concrete on top of a foundation of ocean stone. The roof is cone-shaped and covered with shingles. It looks like a lost torrent from the Alcazar De Segovia, the Magnificent Spanish castle that inspired Cinderella’s Castle in Disneyworld. If you are a Disney fan, check out these other real-life locations that inspired some of your favorite Disney Princess Castles.

“The sight of the structure and its small, unevenly shaped windows launches visions of retired freebooters keeping their weather eyes peeled for the sight of the Jolly Roger on the horizon,” according to Laguna Beach ambassador Steve Bramucci.

According to Bramucci, the truth is as interesting as the myth. The tower was built in 1926 by a California State Senator named William Brown. He built a home on the cliff above, and the tower was actually a stairwell to the beach. Erosion has also revealed a concrete wall, which is believed to be the remnants of a swimming pool, perhaps also built by Brown.

However, the “pirate” side of the story happened years later. In the 1940s, Brown sold his home to an eccentric retired naval captain, who just happened to be a pirate aficionado, named Harold Kendrick.

“Kendrick would dress in pirate regalia and invite local kids over for games and stories of the sea. The tower itself often made an appearance in Kendrick’s tales, and children longing to buy candy knew to search its many cracks and crevices for slyly hidden coins. According to the Laguna Beach historic register, ‘finders were keepers,’” according to Bramucci.

And while the coins in the cracks are long gone, Bramucci believes the myth still provides a lure of some kind. “As long as the tower is standing, it will inspire the imaginations of bold spirits young and old longing for the days of wild-eyed rogues sailing under the black flag.”

Today, the tower is privately owned but still accessible via the beach. Bramucci says “you may walk up to it, but please do not try to enter it or climb on it.” Also, note that the tower can only be approached at low tide. 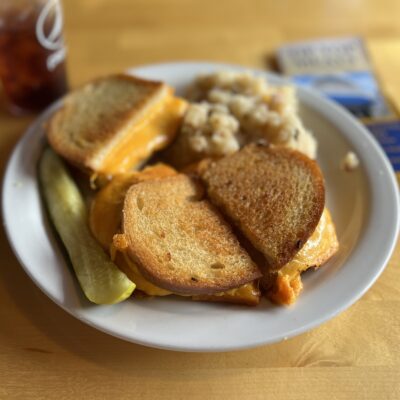 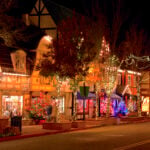