How To Visit The Incredible House On Fire Ruins

The marvels of the Southwestern United States never cease to amaze. The past is still present, from the ancient lands still guarded by the Havasupai tribe deep within the Grand Canyon to the beauty of the lands once ruled by the ancient Puebloans in Utah’s Mule Canyon. Located near Blanding, Utah, along the southern fork of the canyon is where you’ll find a unique phenomenon called the House on Fire.

What Are The House On Fire Ruins

The House on Fire is a visual experience that is a natural anomaly. About one mile in, along the Southern Canyon Fork trail, is a well-preserved site featuring five granaries. Granaries are structures or places where grain is stored. These five granaries are cut into the Cedar Mesa sandstone underneath a giant natural overhang that creates a sort of ceiling of rock. At certain times of the day, the sunlight creates a pattern that resembles fire and flames shooting through the roofs of the “house.”

Archaeologists estimate the area was settled by the Anasazi people between 750 A.D. and 1300 A.D. The age of the ruins is believed to be between 700 and 1,000 years old. Nothing here has been restored or rebuilt. It’s recommended that no one enters the granaries.

The granaries stored corn and ricegrass, which was used to make bread.

From Blanding, Utah, you should follow the signs along Hwy 191. Look for a sign for UT 95. Keep your eyes open for mile marker 102, where you’ll find a dirt road on the right. Take the dirt road and make the first right you can. Drive about a quarter of a mile, and you’ll find Mule Canyon.

To see the House on Fire at its best or to take the best picture, it’s suggested to visit between 10 a.m. and 11 a.m. when the sun hits the bottom of the canyon and bounces off the canyon walls. By noon, the light hits directly and washes out the “flames.” Spring and fall hikes are the most recommended.

There are no sources of drinking water or bathrooms on this trail, so plan ahead and bring plenty of water.

Because of the remote nature of this attraction and the unpaved roads, make sure to check with the Bears Ears National Monument visitors center or check weather reports before beginning your hike, as these roads can washout. Summertime is hot here and shade is at a minimum on the trail. Winters can be very snowy. Check before you go.

Because the House on Fire ruins are the first attraction on the trail, many people turn around after checking them out. But, do know there is more on the trail. The Wall Site is located toward the end of the hike. Here you will see several small caves in the cliff, each with several intact rooms built inside them. Keep your eyes open for several natural springs along the way, which make for good rest stops. 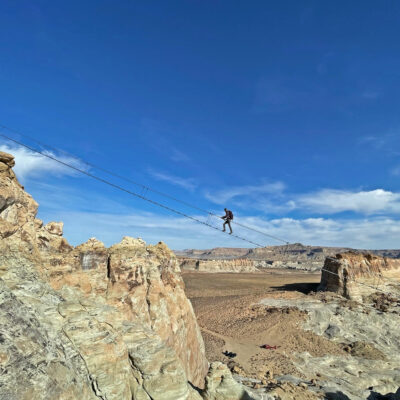 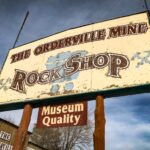 UtahWhy The Tiny Town Of Orderville, Utah Could Become A Boomtown This Summer 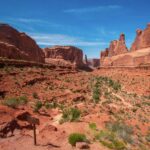 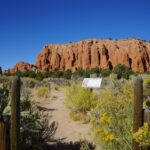 Utah9 Utah State Parks That Should Be On Your Bucket List