Everything at Universal Orlando Resort is a little larger than life, and Christmastime is no exception. From the giant Christmas tree to the Macy’s parade floats and the over-the-top treats, it’s the perfect place for movie-lovers to spend the holiday season. I visited Universal on November 14 on the first day of their annual holiday celebration.

While many offerings were modified in accordance with COVID health guidelines, Universal found more than a few ways to throw a Christmas party fit for the thrill-seeker in all of us. Here’s everything you should see, eat, and do at Universal this holiday season, and how each experience was planned with guest safety in mind.

The balloons and floats, featuring a toy soldier and gingerbread man alongside popular animated characters from films like Minions and Madagascar, are stationed throughout the space so you can take your time and see them all. At the end of the path, you can meet Santa (who will be wearing a protective face mask) and take a selfie. You even pass through a gentle snowfall swirling through the air as you exit.

To keep crowds to a minimum, only a certain number of guests may enter at a time, so you may be queued up for a bit before you’re allowed to enter. The wait time is posted at the entrance to the attraction, which is located next to the Universal Music Plaza Stage in the Production Central section of Universal Studios Florida park.

Transport Yourself To The Wizarding World Of Harry Potter

No trip to Universal Orlando is complete without a visit to the Wizarding World of Harry Potter. To see both Diagon Alley and Hogsmeade Village, you’ll need to visit both Universal Studios Florida and Islands of Adventure — or purchase a Park-to-Park ticket that gets you access to both Universal parks (and the Hogwarts Express train).

Both parks are outfitted with garlands, lights, and holiday window displays, but each has its own special touches, as well. In Diagon Alley, you can dance along to the musical stylings of Celestina Warbeck and the Banshees (we even caught a bit of snowfall during her performance). In Hogsmeade, the Hogwarts Frog Choir switches up their show to include holiday tunes. Daily schedules for both shows are available on Universal’s website and in their official app.

On both sides of the Wizarding World, you can sip a hot Butterbeer while you take in the sights and sounds. With rich flavors of butterscotch and shortbread, it’s only available during the holiday season. Even if the temps haven’t quite dropped low enough in Florida to necessitate a warm drink, it’s worth trying one since you can’t get it any other time of year.

The much-loved Magic of Christmas at Hogwarts Castle isn’t taking place this year (well, there is one way, but I’ll get to that in a moment), but the castle is still lit up with a festive holiday projection at night. There’s a large Christmas tree projection mapped onto the castle and snowfall magically appears on the rocks surrounding the building.

While you will pay a bit extra, I recommend a Park-to-Park ticket because it’s the only way to take the Hogwarts Express between the two parks. There’s nothing much different about the train for the holidays, but the experience is different depending on which direction you’re headed, so be sure to visit both stations.

Universal Studios Florida has opened a limited-time Tribute Store for its popular Halloween Horror Nights for years, but this is the first year they’ve done a holiday-themed store (they also introduced a Mardi Gras Tribute Store earlier this year). The store is actually a seldom-used extended queue space for The Mummy Returns coaster next door, but it’s big enough for four immersive themed rooms packed with holiday merchandise and tantalizing treats.

Each of the four rooms has a different theme, including a Bavarian holiday market and Harry Potter. Each room has fun selfie spots and themed Christmas trees that match the decor. The final room will make all your sweetest dreams come true with its bounty of sweet treats. It was hard to choose just a few, but my favorites were the vegan reindeer brownie and the gummy holiday lights (the ones on display actually light up!).

Like the parade walkthrough, Universal limits the number of guests who can enter the store at any given time. When I visited, the line was about 20 people deep and I waited about 15 minutes to get inside. The line typically moves fast, but during busier times or on weekends you may have to wait. It’s worth it for the delicious snacks inside.

Go On A Holiday Scavenger Hunt

Universal has two scavenger hunts this year, and they both take you all over Islands of Adventure, Universal Studios Florida, and CityWalk (the dining and shopping district that connects the two parks).

To complete the Holiday Treat Trail, guests must pick up all five treats listed in the complimentary brochure (I found mine at the Today Cafe) and then turn in their brochure to claim a free treat. I wasn’t hungry enough to sample them all, but the gingerbread cheesecake-filled Holiday Ornament Doughnut from CityWalk’s Voodoo Doughnut is a must-try. I would suggest stretching this one out over a couple days or bringing along some friends so you can share.

If you are looking to walk off all those treats, the Holiday Tree Hunt will have you searching for 16 Christmas trees scattered around the resort. Each is themed to its respective location, and they are all gorgeously decorated. There is a fee of $10 plus tax for this activity, but you do get a commemorative ornament as your prize for completing the hunt. You can purchase a brochure at any of the spots where the trees are located.

Both of these will have you covering quite a bit of ground, but, again, you don’t have to do it all in one day. And I know from experience that even if you don’t complete the Holiday Tree Hunt, they will still award you the ornament prize.

You already know where you can meet Santa, but he’s not the only character making the rounds this holiday season. In Islands of Adventure’s Suess Landing (the best spot in the park for little ones), the mean old Grinch and the Whos from Whoville are spreading holiday cheer, whether the Grinch likes it or not. His Grinchy personality shines through, as he is one of the few talking characters you can meet, and he will happily take a few holiday photos with you.

At Universal Studios Florida, you can meet a variety of familiar favorites from Shrek, Despicable Me, and more during Universal’s Holiday Character Celebration. Some characters will be parked on parade floats in the street and others will take the stage for big song and dance numbers. It’s a lot of fun and a nice time to stop and take it all in … and maybe dance a little.

If all of this sounds great but you hate things like long lines and big crowds (though Universal’s capacity is limited right now), Universal has another new offering for guests this year. Universal’s Holiday Tour gets you access to a special guided tour of Universal’s Holiday Experience Featuring Macy’s Balloons and the Holiday Tribute Store, an exclusive meet-and-greet with the Grinch, and an exclusive showing of The Magic of Christmas at Hogwarts Castle. You even get a special gift to take home. Tours start at $59.99 per person. 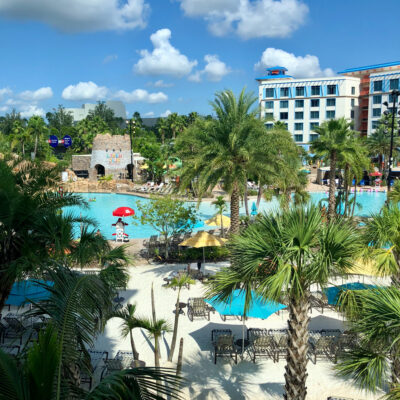 UniversalEverything You Need To Know About Universal Orlando’s Resorts 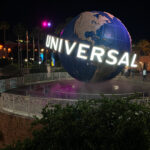 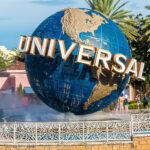 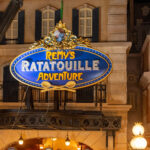