Helping tell a city’s history, murals and sculptures also contribute to its culture. In Omaha, you can travel through time, from the days when Native Americans roamed the area and pioneers crossed the plains en route to a fresh start in the West to today’s cultural influence of immigrants. The fun part of an Omaha art trail is that you can create your own adventure. Here are nine stops along the Omaha public art trail.

South Omaha has long welcomed immigrants to the area. Known as Magic City because the people who settled there made money quickly, South Omaha was its own city founded in 1884. Omaha annexed it in 1915. During its heyday, South Omaha enjoyed a population of about 8,000 people. It seemingly was a natural attraction for immigrants because of the meatpacking houses in the area. The immigrants came from eastern European nations such as Poland, the Czech Republic, and Lithuania. Others arrived from Ireland, Germany, and Italy. South Omaha continues to attract immigrants from several Latin American countries.

The South Omaha Mural Project celebrates the area’s heritage through a series of murals recognizing the nations that have influenced the neighborhood. From a Polish mural at Dinkers Bar and Grill in the old Sheelytown district to an Irish mural at Donohue’s Pub as well as a series of murals celebrating Hispanic culture near 24th and L Street, you’ll find about a dozen murals in South Omaha.

Two parks comprising a five-block area tell the story of America’s westward expansion. With pioneers traveling across a sea of prairie grass, Pioneer Courage Park showcases a wagon train with modern-day Omaha surrounding it, seemingly intertwining the past with the future. The art project by sculptors Blair Buswell and Ed Fraughton showcases the struggles pioneers faced, such as having to hunt for food along the trail and digging their wagons out of muddy traps. The Courage Park also showcases Native Americans looking out as new people cross their country.

The Spirit of Nebraska’s Wilderness Park highlights animals pioneers likely encountered during their travels, including bison, which were uniquely designed to cut through the buildings, and geese, surprised by the travelers, taking off from a lake.

Located outside Joslyn Art Museum, The Peter Kiewit Foundation Sculpture Garden covers 1.2 acres of artwork, including a 15-foot-tall statue of a Native American warrior on horseback and a 118-foot-long reflection pool. Named in honor of a former construction company owner and philanthropist, the garden also includes pop culture art and granite walls.

At the northwest area of the museum complex, Discovery Garden provides interactive exhibits. Each corner of the garden offers a theme — Creation, Inspiration, Exploration, and Education. While sculptures, such as Yellow Ascending, cover movement and color, Noodles and Doodles is a child-friendly exhibit that attracts young children.

Besides the two main sculpture gardens, Joslyn also has other sculptures located around the campus, including an unnamed red aluminum piece.

With sculptures and murals randomly located around town, the art helps contribute to a neighborhood’s story. Stile di Famiglia (Family Style), a fork wrapped with spaghetti about 12 feet tall, is located in the heart of Little Italy near 9th and Pacific Street, just north of Orsi’s Italian Bakery and Pizzeria, Omaha’s oldest eatery.

For a long time, Omahans were familiar with the He Ain’t Heavy, He’s My Brother sculpture, featuring two boys, one getting a piggyback ride from the other. The statue stood near the entrance to the world-famous Boys Town campus. Today, visitors see The Work Continues, a sculpture featuring a young African American boy carrying a white girl on his back. The new statue more accurately represents life at Boys Town, since the school accepted female students several years ago. The former statue has been moved to Boys Town’s Hall of History. You’ll also find a statue of Boys Town founder Father Flanagan outside his home, which is open to the public as a museum.

Baseball fans attending the College World Series often pose for photos in front of The Road to Omaha sculpture near the main entrance to TD Ameritrade Park Omaha. Originally located at Rosenblatt Stadium — the former home of the CWS — The Road to Omaha celebrates the spirit and competitiveness of the amateur athletes who dream of playing for college baseball’s national championship. Dedicated in 1999, the statue stood at Rosenblatt until 2011, when it was moved to the new downtown stadium.

Possibly the most popular art display in Omaha, Illumina features six colorful sculptures anchored by a 35-foot-tall stainless steel clock. Representing the fun of the attractions and events taking place at the CHI Health Center Omaha Arena, the pieces feature carnival-style performers as well as a musician. You’ll find a man on stilts and a woman with a glowing ball as well as giant balls in the background. Inside the arena’s lobby, colorful balls are illuminated at night, adding to the beautiful view.

Covering more than 32,500 square feet, the Fertile Ground mural at the NRG Energy building near 13th and Mike Fahey Streets is the largest single-funded mural in the United States. Showcasing Omaha’s past and present, and looking to the future, Fertile Ground, created by artist Meg Saligman, took about a year to complete, debuting in 2008.

A series of murals focuses on Black history in North Omaha. Black Skies, honoring the story of the Tuskegee Airmen, is located near the Great Plains Black History Museum. The 100-foot-long mural depicts a group of African American World War II pilots. The Tuskegee Airmen served as part of a segregated unit during the war, serving in Africa and later Sicily. Having flown the older and slower P-40, the Tuskegee Airmen — who trained at the Tuskegee Army Air Field — later were integrated with white pilots. At that time, they switched to the faster and more powerful P-51 Mustang. The Tuskegee Airmen flew more than 15,000 sorties during World War II.

A short walk from the museum, you’ll find a bust of Mildred Brown, who was the longest-serving black female owner of an African American newspaper, The Omaha Star. You’ll also find the Jazz Trio statue honoring the jazz history of North Omaha, which features performers such as Count Basie and Ella Fitzgerald.

The Love mural located behind Love’s Jazz and Art Center, near 24th and Lake Streets, was created in 2014.

Covering about six blocks, visitors to the Benson neighborhood can explore Benson’s public art through a series of murals in alleyways. Including Donkey Kong behind Beercade, a bar featuring vintage pinball machines and giant insect murals, Benson Out Back offers a fun reason to explore its alleys. Maple Street, which serves as the neighborhood’s main street, offers eclectic murals and even political and social commentary. Examples include Black Lives Matter imagery, a peace sign, and a portrait of the late Supreme Court Justice Ruth Bader Ginsburg.

Suburban Papillion is home to a series of murals highlighting the city’s 150 years. With a large mural covering the south side of the Fraternal Order of Eagles building downtown, you’ll see the American flag seemingly waving, with a bald eagle flying in the middle of it.

You can also find more than 30 decorated benches in the shape of butterflies located throughout the city. The Papillion 150 bench project, sponsored by community groups, features a variety of subjects, such as patriotism, agriculture, and public service.

To help celebrate the city’s 150th birthday — its sesquicentennial — murals are located around downtown, so locals and visitors can take selfie pictures and share them on the project’s Facebook page.

From murals celebrating the city’s history and culture to sculptures recognizing key historical figures and events, Omaha has an interesting and vibrant public art scene. You can create your own art trail or go off recommendations from Omaha’s visitor bureau or choose a la carte from the Instagram account for murals of Omaha. No matter which option you choose, you’re guaranteed to find art you’ll love.

Nebraska has lots to explore and even more to enjoy. Here are some other recommendations in the state. 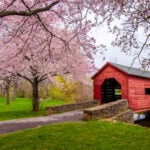 MarylandThe Best Things To Do In Historic Frederick, Maryland

BoatingBoat-tiquette 101: 7 Things You Should Never Do While Captaining A Boat 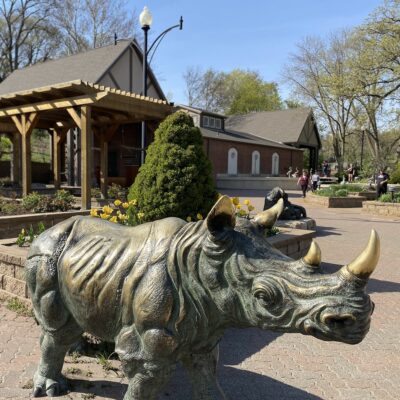 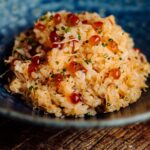 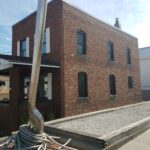