The wind brushed my face, causing me to question whether the breathlessness I felt was from the wind, the altitude, or the utter enormity of the Colorado Rocky Mountains I was viewing up close on the train. Riding in an open-air car, the pace was a leisurely 12 miles per hour, which felt like a fast-paced hike through the mountains without the effort of actually hiking.

At times, the sheer rock walls were close enough to touch, and the renowned Colorado sunshine warmed my face as I watched in silent awe. Even at such a slow pace, it was difficult to take in everything around me: the hand-made caves, the Royal Gorge Bridge, the mountains changing from green to slate, all while searching the landscape for a chance sighting of bear or climbing goats.

There are several ways to experience the majesty of Colorado mountains and rivers with a train ride. Some will take you to places that aren’t accessible by any other mode of transportation — there are no telephone poles, no roads, and no cellular service, just the natural wilderness of Colorado experienced in comfort.

The California Zephyr, which runs from Chicago to San Francisco, is one such train. With stops in Denver, Winter Park, Glenwood Springs, and Grand Junction, it’s a way to not only view dramatic cliff drops, tunnels, and foliage while following the Colorado River but also to get an up-close view and experience the stillness of the wilderness. Aside from the other passengers on the train, the only other human life you might see on parts of the route are the occasional fisherman or a kayaker on the river. Otherwise, it’s a full-on immersion into the splendor of Colorado.

Then there are the shorter, regional routes such as the Cog and the Royal Gorge Route Railroad that will take you through a specific area, each with differing altitudes and views.

I struggle to describe the awe that is felt while riding the Royal Gorge Route Railroad through the Rockies in an open-air train car, so close to the ancient rock walls that you can nearly touch them. Apparently, I’m not alone as President Teddy Roosevelt, while riding the train in 1905, remarked it was, “The trip that bankrupts the English language.”

The ride aboard this train starts in Canon City and travels 24 miles round-trip to Parkdale and under the Royal Gorge suspension bridge and back. At one point, the gorge narrows to 30 feet as the river runs in between the rock walls. A bridge, suspended over the river, was built in 1879 to carry the train through the narrow passage; the train stops to allow photo opportunities at the bridge.

A two-hour ride, the experience includes the scenery, gourmet food, and a chance to enjoy 1950s-style train travel. The food onboard — such as the Colorado Wellington, a Colorado beef tenderloin wrapped in a puff pastry and served with wild rice quinoa and balsamic glazed vegetables — is as delightful as the scenery. Sit in comfortable coach seating or choose from either the dome car or dining car to enjoy a locally sourced meal with a view. After dinner, step outside to the open-air car and enjoy the view from the closest vantage point. The service is impeccable, and your server will even come find you outside if you step out while you’re waiting for dinner to arrive.

There are three rides daily (four on weekends) during which you can enjoy breakfast, lunch, or dinner on board as the train follows the river, slowly taking curves as it weaves deeper into the mountains and back.

Pro Tip: Order a beer or wine flight to sample local flavors — beer from Colorado craft breweries and wine from the Winery at Holy Cross Abbey.

Hop on board the California Zephyr in Denver for one of the most spectacular train rides in the U.S. The view and temperature will change along the route from Denver to Grand Junction. Just outside Denver, the train begins its climb of the front range of the Colorado Rockies, sometimes having to wind at 10 miles an hour due to wind. Next up are the tunnels, 43 in all between Denver and Grand Junction. The longest is the Moffat Tunnel at 6.2 miles long that cuts through the Front Range to deliver you into the heart of the Rockies. Not long after traveling the Moffat Tunnel, the train arrives in Winter Park.

During a March trip when I spent two weeks traveling Colorado on the California Zephyr, the weather was constantly changing at each stop. After Denver, I detrained in Fraser (Winter Park) during a blizzard. On to Glenwood Springs with spring temperatures, followed by Grand Junction, where it was in the upper 70s. I went from snow boots to sandals on that trip, but part of the allure was the continually changing scenery and weather.

From Winter Park to Glenwood Springs, the scenery was the most breathtaking I have seen. Following the Colorado River, the train snakes along with views — straight down at times — just outside the window. Between the tunnels, the mountains in the distance, and the views along the river, it’s awe-inspiring. After Glenwood Springs, the expanse opens up, and the view changes as you’re in a more arid environment.

The highest railway in America (and the highest cog railway in the world), The Broadmoor Manitou and Pikes Peak Cog Railway takes riders just footsteps from the summit of Pikes Peak at 14,115 feet. Built in 1891, the historic railway has been under construction for the past few years as they replace track, renovate the depot, refurbish train cars, and add new train cars — with $100 million in renovations. The grand reopening is scheduled for May 1, 2021.

Visitors will again ride the nine miles each way to the summit of Pikes Peak and back. The train departs from Manitou Springs (a charming town worthy of a visit) to travel through dense stands of blue spruce and pine trees until it climbs above the timberline. From there, the expansive views are magnificent. There’s a short break to detrain at the top before the return ride to Manitou Springs.

On a recent visit, I was able to see the work in progress to the tracks and train station, view the machine shop where they’re working on the trains, and see newly refurbished train cars (the new cars are being assembled in Bussnang, Switzerland, for delivery). While it doesn’t reopen until May 2021, it’s recommended to order tickets in January as they will sell out quickly for the big event.

4. The Georgetown Loop Railroad is a living history museum and railroad where you can ride the train, pan for gold, and tour a silver mine.

5. Train and history buffs will enjoy the Cripple Creek and Victor Narrow Gauge Railroad and the four miles of a high-country route.

6. Ride the Durango and Silverton Narrow Gauge Railroad as it winds through canyons and the remote wilderness of the San Juan National Forest.

7. The Leadville Colorado and Southern Railroad travels along the Arkansas River Valley as the conductor tells tales from the wild, ghost stories, and the history of the railroads.

8. The Pikes Peak Historic Street Railway is a street railcar where visitors can take a ride on the trolley, view vintage trolley cars under restoration, tour a caboose, and visit the museum that is dedicated to preserving the artifacts and history of trolleys and street railroads in the Pikes Peak region. 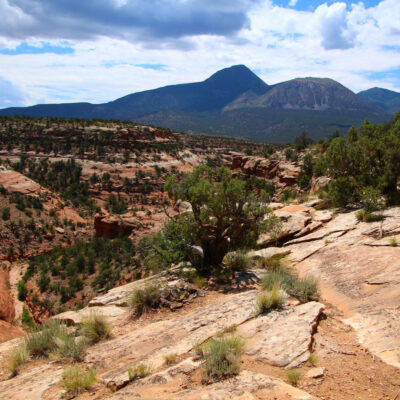 ColoradoAmazing Things To Do In Historic Cortez, Colorado 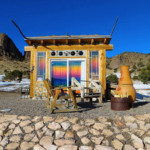 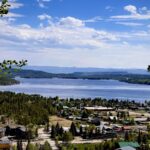 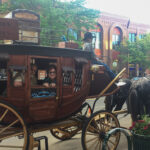