14 Best Things To Do In Exhilarating Charlotte, NC

No matter your interest, whether it be thrilling outdoor adventures, history and culture, or NASCAR nostalgia, the Queen City has it all.

Visit exhilarating Charlotte, North Carolina, to discover these 14 best things to do.

2. Visit The NASCAR Hall Of Fame

NASCAR enthusiasts will enjoy this racing museum set in the heart of the city. See trophies, helmets, cars, and more, plus get a racing thrill with interactive exhibits and simulators.

If you still want more action after touring the NASCAR Hall of Fame, you can take a Racing Insiders Tour where you’ll travel via private motor coach to visit race shops and other local racing attractions. You’ll also enjoy a lunch and special behind-the-scenes access. The all-inclusive package includes the tour, lunch, and a general admission ticket to the NASCAR Hall of Fame for $81 for members ($99 for non-members).

3. Check Out The Burgeoning Beer, Wine, And Spirits Scene

Start by exploring Charlotte-area vineyards on the Swan Creek Wine Trail. Then check out other wineries in the Piedmont Region and plan a tour of your own.

Beer lovers will have a tough time deciding between the region’s 40-plus breweries. Some favorites you won’t want to miss include the hops-forward styles at Resident Culture Brewing Company, the organic brews at Lenny Boy Brewing Co., and the urban farmhouse brewery at Wooden Robot. Or take a guided tour on a Charlotte Brews Cruise.

The distillery scene is hopping, too. One distillery not to miss is Doc Porter’s, where they’re passionate about craft spirits. You’ll find traditional spirits such as vodka, gin, bourbon, and rye, but also unique offerings such as Komhoocha, with subtle notes of strawberry and tea, and their Oaken Robot, where they distill and age a stout beer in a char barrel for two years to create a complex whiskey.

4. Eat Your Way Through The City On A Food Tour

Taste the town through a flavorful food tour with FEAST Food Tours or Charlotte NC Tours.

Charlotte NC Tours offers a variety of Segway, walking, biking, and food tours. On the Fried Chicken, BBQ, and Brews Scooter Tour, ride through the suburban neighborhoods to discover Uptown food and beer. Or take the Southern Food Bicycle Tour, where you’ll ride for 3 hours to discover nine of Charlotte’s streetcar suburbs while sampling two to three different restaurants.

Choose from six food tours at FEAST Food Tours, where you can savor the best flavors of the Queen City on foot. Get an enlightening look at the local culinary scene, whether it’s a textile mill-turned-urban grocery store or a behind-the-scenes look at the craft beer industry. On the tour, you will learn about the city’s most innovative chefs.

A Charlotte native, Billy Graham was a noted evangelist who reached millions through film, radio, television, literature, and more during his 55 years of ministry. The Billy Graham Library includes a 40,000-square-foot library located on 20 acres with a replica of his childhood home.

Reed Gold Mine is the site of the nation’s first gold discovery in 1799. Pan for gold, go underground to see an early gold mine, relive a colonial or Civil War battle, and marvel at early-20th-century steam locomotives. Tours and admission are free; panning for gold is $3 (plus tax).

The Levine Center for the Arts offers an all-access pass to view three locations filled with vibrant art collections. For $20, you’ll have 48 hours to explore the Bechtler Museum of Modern Art, the Harvey B. Gantt Center for the African-American Arts and Culture, and the Mint Museum.

If you enjoy a leisurely afternoon kayaking or stand-up paddleboarding, Charlotte has great waterways from which to choose. Some local favorites include Mountain Island Lake, Lake Wylie, and Lake Norman.

The 7th Street Public Market is located in the heart of Charlotte. The market’s mission is to celebrate the Carolinas’ food culture and promote local and regional farmers, food artisans, and entrepreneurs. Purchase local food and products such as It’s Poppin! Gourmet Kettle Corn (with unique flavors such as fried chicken or cookies and cream), a cold-pressed juice at Viva Raw, or craft beer, artisan pizza, and more.

The Levine Museum of the New South explores the New South from the end of the Civil War to today. This hands-on museum uses history to build community with exhibits and programs. In addition to the temporary exhibits, don’t miss the cornerstone exhibit that utilizes mock houses, farms, shops, and churches to show the developments in Charlotte and the South since the Civil War.

Three plantations offer tours to experience the heritage of the region. At the Historic Rosedale Plantation, see the Federal architecture and learn about 200 years of history during an hour-long tour. There’s a living history museum and farm at Historic Latta Plantation. Then retrace the Revolutionary War roots of Historic Brattonsville in South Carolina, only a little over 45 minutes away.

The Trail of History walking tour begins near the heart of downtown and follows a pedestrian walkway where you’ll discover various statues with explanatory panels.

The Spirit of Mecklenburg was the first statue erected, and it depicts Captain James Jack on horseback. Jack was the bearer of the Mecklenburg Declaration of Independence to Congress in 1775 and is known as Charlotte’s Paul Revere. They’re still adding statues, but there will be 21 in all once the project is complete.

There are myriad ways to support Black-owned businesses in Charlotte. Start with coffee at Cynthia’s Coffee Cup or Coffee Cone Cafe; enjoy some of the best crabcakes in Charlotte at LuLu’s Maryland Style Chicken and Seafood; sip one of the funky, fresh smoothies at Hip Hop Smoothies; or grab vegan fare from the Ve-Go Food Truck.

Then learn about Black history in Charlotte — and in the nation — at The Harvey B. Gantt Center, named after Charlotte’s first Black mayor and an advocate for equal rights. View the exhibits, take a guided tour, or learn through one of their virtual experiences.

14. Sleep In A Historic Hotel

Stay in Uptown Charlotte at the Dunhill Hotel, Charlotte’s only historic boutique hotel. Experience Southern hospitality in a historic setting. The hotel opened originally as an apartment hotel, Mayfair Manor, in 1929. At the time, half of the original 100 rooms were permanent residences. Today’s Dunhill Hotel boasts both historic influences and modern details.

The Duke Mansion was built in 1915 and is listed on the National Register of Historic Places. This nonprofit hotel with 20 individually decorated guest rooms assigns all proceeds to preserve and protect this community treasure. Enjoy the mansion and its more than 4 acres of gardens and grounds.

The Morehead Inn is located in a picturesque neighborhood and has private rooms as well as a four-bedroom carriage house.

Pro Tip: While the summer months between May and August are the peak tourist time, avoid the crowds and visit during the spring or fall for pleasant temperatures and vibrant colors.

For more about Charlotte, here are our tips for the best ways to see outdoor art as well as how to spend a day in Charlotte. 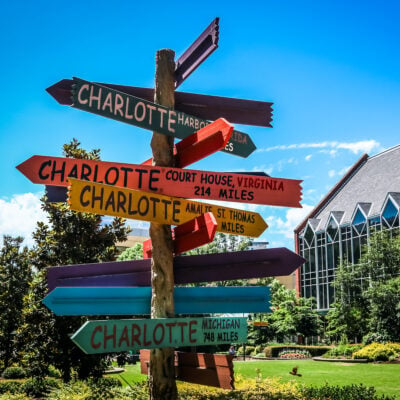 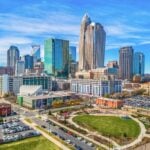 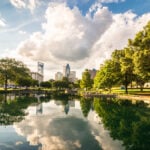 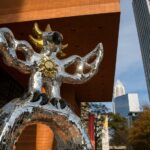