5 Midwest Cities Where You Can Discover ‘The Wizard Of Oz’

There’s no place like home — unless it’s one of the Wizard of Oz-related attractions in the Midwest. Written by L. Frank Baum and published in 1900, The Wonderful Wizard of Oz was based on stories Baum told his children and continues to resonate with the public. And the film version of The Wizard of Oz has been a favorite with kids of all ages since it premiered in 1939.

A visit to the Land of Oz is every fan’s dream, and these five Midwestern cities can help make that dream a reality.

Since the name of Dorothy’s hometown was never mentioned in the movie, Wamego locals thought “Why not Wamego?” When Wamego native Todd Machin donated his entire Oz collection to the town, the OZ Museum was born. More than 30,000 people have visited each year since 2003, and Wamego is now considered the unofficial home of Dorothy Gale and her dog, Toto.

With more than 2,000 Oz-related items on display, the OZ Museum in Wamego, about 40 minutes northwest of Topeka, attracts thousands of visitors each year, eager to celebrate their love for Dorothy Gale and her friends.

Can you imagine W. C. Fields as the Wizard? Or Shirley Temple as Dorothy? It almost happened. But all things work out for a reason. At the OZ Museum, you’ll learn lots of fun facts about the movie and see life-size displays featuring each of the major characters, including the Wicked Witch. You’ll see actual props from the movie as well as replicas. Just beware of the flying monkeys as you pass through the Haunted Forest!

Located next door to the OZ Museum, Toto’s TacOZ! is an excellent place to get lunch before heading down the Yellow Brick Road to the city park. With a Cal-Mex menu, the restaurant features handmade dishes such as the Emerald City Street Tacos, Tin Man Burritos, Dorothy’s Quesadillas, and El Baum Fajita Dinner.

Take on the Totos Around Town challenge and see if you can find the 15 Toto statues located around Wamego. For an easier time of it, pick up a map of the statues at the OZ Museum or download it to your phone. You’ll especially appreciate the Emerald City Toto and Wamegoscape I and II. Each Toto was specially designed. They incorporate cityscapes of Wamego, a high school letter jacket, and poppies, as well as other unique features.

Before leaving town, stop by the Oz Winery, where you can find labels such as Emerald City Lights, Curl Your Stockings, and Fraidy Cat Sparkling. The Oz Winery is located downtown, about two blocks from the OZ Museum.

While Sedan is best known for being the hometown of America’s greatest clown, Emmett Kelly, it’s also home to the longest Yellow Brick Road in the country.

Located in downtown Sedan, the Yellow Brick Road consists of nearly 12,000 bricks, some sponsored by celebrities like Bob Hope and Elizabeth Taylor. Visitors can buy a brick and have their names added. The Yellow Brick Road takes you throughout the downtown area, where you can visit small shops and restaurants.

The Yellow Brick Road also takes you to the Emmett Kelly Museum. Born in Sedan in 1898, Kelly went on to become one of the most popular clowns in entertainment history. With memorabilia such as clown shoes, figurines, paintings, and a collection of Jim Beam whiskey bottles, the Emmett Kelly Museum is a bonus when walking along the Yellow Brick Road.

While attending a convention in San Francisco, a Kansas local, with his name badge listing his state, was enjoying dinner at a restaurant when a server mentioned Dorothy being from Kansas. During the conversation, the server was asked what he’d like to see on a visit to Kansas. “Dorothy’s house,” he replied.

After the Kansan mentioned this to others in Liberal, a man found a house that resembled the one used in the movie. Volunteers moved the house to Liberal, where it became known as Dorothy’s House.

Decorated with props resembling those used in the movie, Dorothy’s House is a close replica of the Gale farmhouse. As you tour the house, you’ll see the living room, kitchen, and Dorothy’s bedroom. You’ll feel like you’re really on a Kansas farm in the early 1900s. Be ever vigilant for that nasty tornado!

Next door to Dorothy’s House, check out the 5,000-square-foot Land of Oz. With animated exhibits, memorabilia, and other displays, you’ll feel like you’re walking along the Yellow Brick Road from Kansas to Munchkinland and beyond. Exhibits center on the Gale home, Munchkinland, and Glinda the Good Witch.

Dorothy’s House and the Land of Oz are conveniently located on the grounds of the Coronado Museum, where you can retrace the steps of the Spanish conquistador Don Francisco Vazquez de Coronado and learn about his search for the Seven Cities of Gold. While he didn’t find the gold, he and his 36 soldiers were the first Europeans known to have visited southwestern Kansas. Take a look at the artifacts from his expedition.

The Coronado Museum also includes a Native American exhibit that highlights the history of area tribes.

Judy Garland was born Frances Ethel Gumm in 1922. Her parents were former vaudeville actors who moved to Grand Rapids, Minnesota, to run a theater. At a young age, Garland took the stage with her sisters, performing at the theater. The family moved to California in 1926, where the Gumm sisters continued performing. The sisters changed their last name to Garland in 1934, and the Wizard of Oz star changed her first name shortly afterward.

Garland’s career took off following her first performance in 1936. The actress would go on to make 40 movies, including A Star Is Born and Meet Me in St. Louis. But her role as Dorothy in The Wizard of Oz was likely her best-known performance. Her last feature film was I Could Go On Singing (1963).

Garland died at the age of 47 following a prescription drug overdose. She remains popular with fans.

Located in Grand Rapids, about 90 minutes northwest of Duluth, Judy Garland’s childhood home showcases memorabilia from her career. You’ll see the test dress the actress wore for The Wizard of Oz, including photos of her in it, as well as movie props. The home has been renovated to look as it did during 1925, the year before Garland’s family moved to California. Outside the house, enjoy a stroll through the beautiful memorial garden.

Featuring the largest collection of Judy Garland memorabilia, the Judy Garland Museum is located next to Garland’s childhood home. You’ll see exhibits highlighting The Wizard of Oz as well as other displays related to Garland. The museum also hosts special exhibits.

L. Frank Baum lived in the northeastern South Dakota community of Aberdeen for three years, from 1888 until 1891, when the family moved to Chicago. Baum first owned a store, which went bankrupt, before working as the editor of the local newspaper until the family’s move.

Storybook Land And The Land Of Oz

Located inside Storybook Land, The Land of Oz at Wylie Park offers a walk on the Yellow Brick Road through Baum’s Oz, including Munchkinland and Dorothy’s family farmstead. Visit the gift shop and test your strength during a simulated tornado experience.

While at Storybook Land, check out the attractions such as the castle and the Lady in the Shoe; these are popular with the young and the young at heart alike. 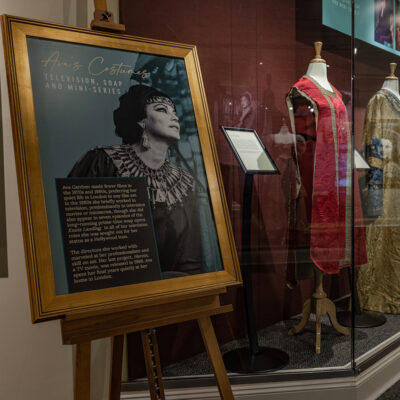 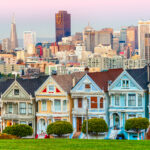 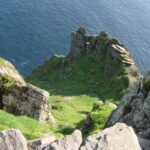