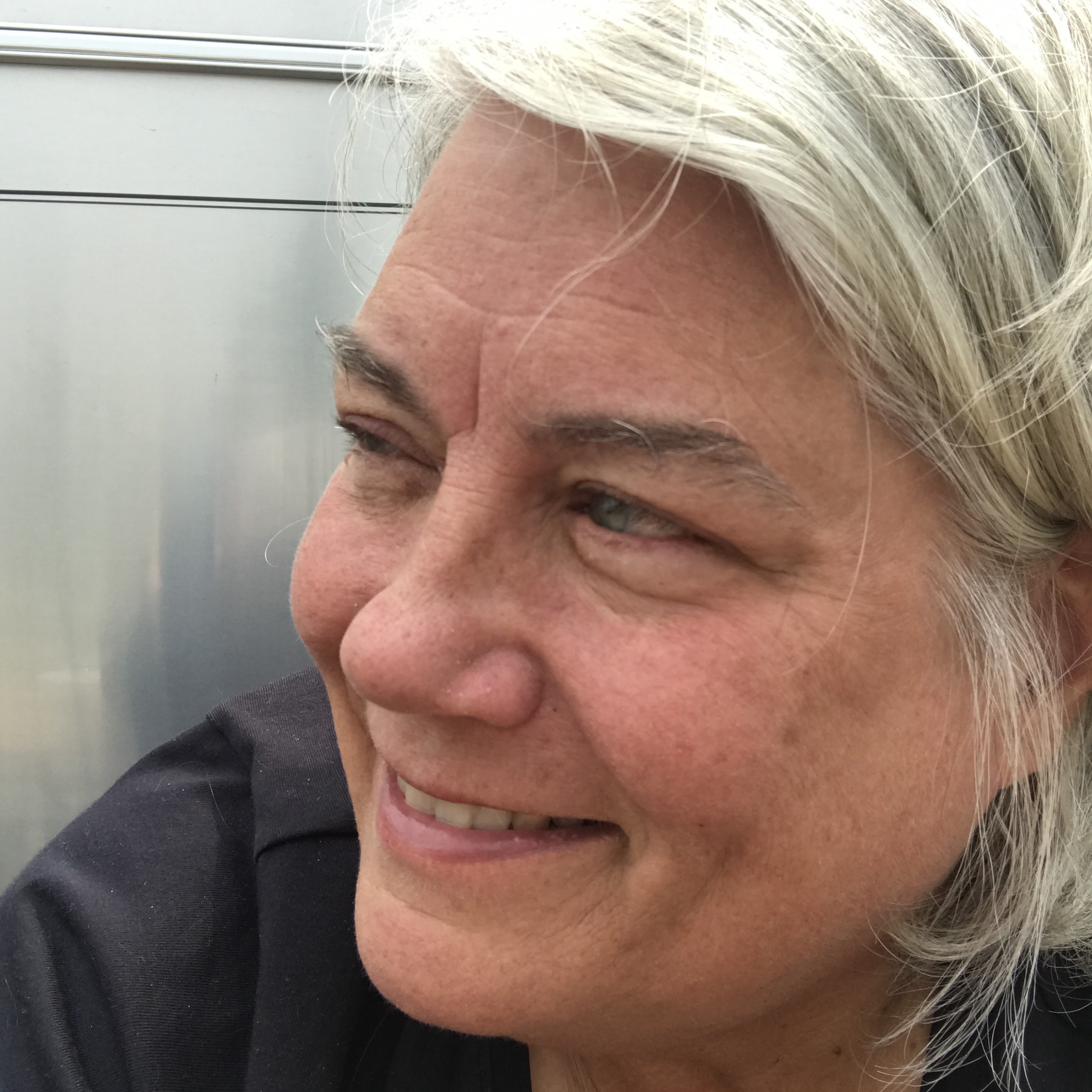 The Mississippi River is steeped in history and travel allure. Mark Twain made the river legendary in his famous writings about Huck Finn. I’ve traveled the Mississippi from St. Louis to New Orleans, but hadn’t taken it north before this year. This article is about the Upper Mississippi River from Galena, Illinois to La Crosse, Wisconsin. The river here has a different feel from its well-known southern element — winding channels with islands, a fisherman’s haven, and shorelines that boast tall bluffs overlooking the mighty river. The Great American River National Scenic Byway extends north through Illinois and Wisconsin giving travelers an up-close-and-personal view of the river over many miles. I visited in summer and the temperatures were very comfortable. I’m sure the fall, with leaves turning color, would be a wonderful time to visit as well.

Galena is the home of Ulysses S. Grant, the 18th President of the United States and Union Civil War General who adorns the $50 bill. Galena is a charming city that looks like it’s right out of The Music Man movie. Bunting is strewn everywhere. Historic 1800s houses and buildings make up the downtown that sits along the Galena River (feeding into the nearby Mississippi River). Grant’s home sits on a hill and is a simple two-story, wood-frame home. Along with many homes in the area, it has a white picket fence. The view from the porch is Grant Park , hich sits on the Galena River and boasts a lifesize statue of its namesake. Shops in town are open and eagerly waiting to serve tourists. Restaurants have outdoor dining on picnic tables and under umbrellas on the recently fashioned pedestrian avenue, arranged thusly because of the pandemic. There are several nice restaurants for casual meals as well as more elegant dinners. Bed and breakfasts, small hotels, and several chain hotels are all available.

The geography of this part of the upper Mississippi is filled with bluffs and mounds. Just outside Galena is Horseshoe Mound — one of several in the Iowa/Illinois/Wisconsin corridor of the river. There is Native American history associated with Sinsinawa Mound in Wisconsin, but Horseshoe Mound’s history is not clear. What is clear is the view from the 1,000-foot elevation of the 40-acre preserve where you can see mounds in the three states as well as Galena below and the Mississippi River in the distance. It is a breathtaking spot that is challenging to get to because of the very steep and narrow road leading to the top. It is worth the effort to get there, and you’ll find several trails to hike. Or you can sit in the stone council ring and take in the beautiful vista. During the pandemic, picnic tables and comfort stations are not available.

Driving along the Mississippi is wonderful, but at some point, you’ll want to pull over and actually get close to the river. I suggest Grant River Recreation Area in Southwest Wisconsin. Here you can camp or just spend a few hours at the river shore, fishing, hiking, or picnicking. The recreation area is run by the Army Corps of Engineers and has a boat launch, fishing spots, numerous sitting benches, picnic tables, as well as playgrounds for children. I enjoyed camping there because the sunsets are spectacular on the river.

A few miles from Grant River Area is the tiny town of Potosi, home to the Potosi Brewery founded in 1852 along the banks of the Mississippi. Come here for an afternoon of some quintessential Americana. This is now a craft brewery that offers tours and has a lovely outdoor beer garden where you can sample their beers and have some food. The building also hosts the National Brewery Museum and Transportation Museum, sponsored by the brewery and the American Breweriana Association. It boasts memorabilia commemorating the tradition of American beer-making as well as beer wagons and the steamship history. What would a beer town be without a novelty? How about a large, outdoor, cone-shaped beer can? The Potosi Brewery is part of 70 museum sites on the Great River Road.

The history of this riverfront stop features French fur traders who clashed with Native Americans in the early 1800s and later dominated this as a trading outpost. Today, St. Feriole Island is nearly empty of structures due to a devastating flood in the mid-1960s. All the residents and structures were relocated except for a few historic buildings that can be toured. There is a great walkway along the river where you may see impressive birds on the river islands or just watch the recreational boaters.

On the mainland is Prairie du Chien. It is an old industrial town that has had its ups and downs, but one of the places you don’t want to miss is Valley Fish and Cheese. You can’t miss it on West Iowa Street near South Prairie Street. To say it has an eclectic exterior is an understatement considering the huge fish sculptures that kids can sit on and everything kitsch in the garden. But the claim to fame is their smoked fish — freshly caught in the river and smoked on-site. In addition, they offer fresh morel mushrooms in season along with smoked and flavored cheeses.

I took a little detour off the Great River Road into Bagley, Wisconsin. I found a wonderful farmstand on East Chicago Street, the main drag off of Wisconsin State Road X (don’t worry, there are only a half dozen streets in town, so you won’t get lost). I had to double back on the street because I nearly missed it. Fresh, local produce is available at road stand prices. The owner believes in the power of fresh food as a natural healing product. Sometimes it is called the Farmacy, depending on the day’s sign.

In my push north on the Great River Road, I stopped at Genoa, Wisconsin, where the U.S. Fish and Wildlife Service operates a fish hatchery and the River Road Interpretive Center on the river. Sadly, both are closed due to COVID-19. When otherwise open, these look to be great spots of interest. You can take a virtual tour of the hatchery here. The interpretive center focuses on the fish trade on the river as well as the great Black Hawk War with Native Americans. There are roadside markers up and down Great River Road in this area citing battles and encampments.

Near Genoa, you’ll come across the engineering marvel of the No. 8 Lock and Dam in the clear channel of the river. South of there are dozens of river islands, sometimes making it hard to know where the main river actually flows. Tug boats push barges north through the islands until they get to clear sailing near the lock and dam, where they are raised through the locks to continue their journey. There is a parking area as well as a walkway down to the river that leads to an observation deck for visitors.

The largest city on this itinerary is La Crosse. It is home to a University of Wisconsin campus and boasts an eclectic array of architectural styles in housing. Long shuttered factories and breweries have been turned into new and trendy loft apartments. Mid-century modern homes dot the center city blocks along with wood frame homes from the turn of the last century. There is retail galore, primarily catering to the campus crowd in the city. One of the truly notable structures is the Saint Joseph the Workman Cathedral. It is currently undergoing some restoration and repair, but its blend of Frank Lloyd Wright motifs along with modern flair gives it a unique positioning amongst the dozens of churches in the city center.

A must-see location is Grandad Bluff. You’ll have a 600-foot elevation to look out over the city, the river, Iowa, and Minnesota. Riverside Park affords you lovely access to the river as well as gardens, statuary, and a steam-powered paddleboat. There is a small museum with exhibits about the river and the history of the area. Of course, what would a Wisconsin city be without beer? You can visit the world’s largest six-pack, made of brewery tanks that have the exteriors painted to look like beer cans. Continuing with the connection to French traders, there is French Island. There is a park, trails, and a beach. There are quaint shops, inns, and restaurants to round out an enjoyable day there.

The trail from Galena to La Crosse is 136 miles on the Great River Road. But with all the sights to see, you should at least make this a lovely weekend road trip. You’ll be surprised how amazing it is to be so close to the river, especially outside the cities and towns. Wildlife is ever-present, be it deer or birds of prey. The river is vast in many sections with islands as well as backwater areas that look more like mangrove swamps in Louisiana than the forests of Wisconsin. It’s a unique road trip!

PennsylvaniaHow To Spend A Perfect Weekend In Quaint Bellefonte, Pennsylvania 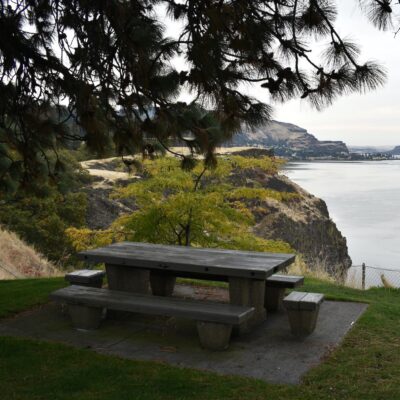 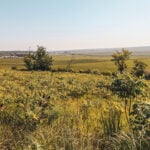 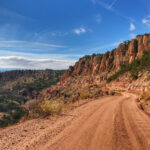 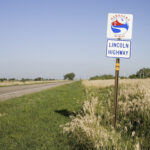