How To Spend A Perfect Weekend In Hagerstown, Maryland

In the heart of the Appalachian Valley, nestled between the Blue Ridge and Allegheny Mountains, the Maryland town of Hagerstown lies about 90 minutes northwest of Baltimore. From the first covered wagons heading west to the first whistle of a train, Hagerstown has long been a bustling crossroads city, welcoming travelers as they crisscrossed the nation.

Once the dividing line between the North and the South, this town of about 40,000 residents beckons Civil War history buffs. But the pastoral setting is also a delicious destination for foodies seeking farm-to-table, cow-to-cone, and tree-to-jug dining experiences. It’s also a great getaway for anyone who wants to escape the crowded cities along Maryland’s east coast, from Washington, D.C., to Baltimore.

Pro Tip: If you’re visiting Hagerstown on a road trip from Washington, D.C., be sure to check out these other stops along the way.

Things To Do In Hagerstown

Travel Back In Time To A Bustling Transportation Hub

After the first spike pierced the ground near Baltimore Harbor, the railroad slowly expanded across the nation. About 75 miles northwest of Baltimore, multiple railways created spokes connected to the hub of Hagerstown, earning it the nickname Hub City. See steam engines and railcars from yesteryear at the City Park Train Hub, and explore Hagerstown’s role in the railroad’s heyday at the Hagerstown Roundhouse Museum. If you are a model train enthusiast, be sure to visit The Train Room, one of the largest train stores in the area.

Not to be left behind as Americans migrated from trains to airplanes, Hub City manufactured aircraft at the Kreider-Reisner Factory. Initially, they produced hobby and commercial models like the Challenger (a sporty biplane) and the F-91 Amphibian (an eight-passenger flying boat with its engine mounted on the roof). As World War II ignited in Europe, the factory landed several defense contracts and produced military planes. Learn more about Hagerstown’s place in aviation history and see several beautifully maintained planes, like the Flying Boxcar, at the Hagerstown Aviation Museum.

Immerse Yourself In History

About 15 miles south of Hagerstown, the bloodiest battle in American history took place on the Antietam National Battlefield. In Hagerstown, several historic sites help visitors understand what it was like to live on the line that divided the North and the South in the mid-1800s.

Although slavery was permitted in Maryland, the state never seceded with the other Southern states. During the Civil War, the Old Line State was a house divided — with slave owners in the southern and eastern regions aligning with the Confederacy and residents in the north and west supporting emancipation. While most Civil War history sites focus on white soldiers battling to the death to protect their way of life, fewer tell the story from the perspective of people of color.

Start your in-person history lesson with a visit to the Doleman Black Heritage Museum. In the heart of downtown Hagerstown, it displays thousands of artifacts depicting the contributions of black Americans in the area over hundreds of years.

Along Jonathan Street, the tall, red-brick building housing the Asbury United Methodist Church stands out. Behind its brightly painted red door, the town’s first black congregation was established two generations before slavery was abolished. In its early days, a team of white trustees oversaw nearly all activities at the church. But at the end of the Civil War, they transferred the church’s deed and its operations to a board of black men who worked hard to educate its members and support a community learning to live free.

About a block north on Jonathan Street, a historical marker indicates where the Harmon Hotel once stood. Owned and operated by Walter Harmon, a black businessman, this hotel welcomed black travelers when segregation laws were in effect. One of the hotel’s most notable guests was 19-year-old Willie Mays, who made history when he donned a Trenton Giants jersey and was the first black American to enter Hagerstown’s Municipal Stadium as a baseball player.

You can obtain a complete list of Hagerstown’s historical markers here.

Admire The Architecture And Art

George Washington, the father of our country, lived in a mansion known as Mount Vernon. And 90 miles away in Hagerstown, the father of Washington County, Jonathan Hager, made his home in a modest German-style farmhouse now known as the Hager House. The gray limestone house with white trim, black shutters, and a large centrally located chimney is built atop a natural spring on the northern edge of Hagerstown City Park. Older than the United States, the home has been beautifully restored and is furnished with 18th-century pieces.

Just south of the Hager House, you’ll discover a butter-colored, Georgian-style mansion with a beautiful wrap-around porch. This former home is now the Mansion House Art Center, and on display inside are the works of more than 20 talented regional artists.

A short drive from Hagerstown, you’ll find two local wineries. In the neighboring town of Funkstown, Blue Mountain Wine Crafters offers a make-your-own wine experience that lets you blend pure juice, ferment it into alcohol, and bottle your masterpiece under the guidance of an experienced vintner. Or, if you’d rather leave the winemaking to the pros, you can enjoy a wine tasting or simply sip a refreshing wine slushie.

Just east of Hagerstown, the Red Heifer Winery in Smithsburg is another great stop offering a wide selection of white, red, and dessert wines that range from dry to sweet.

Pro Tip: Avoid any faux pas by reading these wine tasting etiquette tips before you go.

Food lovers will find plenty of locally sourced options in and around Hagerstown. In the heart of downtown, Maryland’s oldest continuously operated farmers market is held every Saturday from 6 a.m. to 2 p.m. Or visit the Pennsylvania Dutch Market to pick up crispy fried chicken, freshly baked pastries, and other goodies for a picnic.

In nearby Smithsburg, top off your farm-to-table meal with a scoop of cow-to-cone ice cream at the Misty Meadow Farm Creamery. Choose from approximately 20 year-round flavors that range from chocolate and vanilla to black walnut and Dizzy Cow. Or, try one of their seasonal flavors like apple strudel, pumpkin pie, or eggnog.

Also in Smithsburg, Ivy Hill Farm sells delicious fruit that will make any picnic basket jealous. Throughout the season, you’ll find sweet cherries, juicy peaches, and crisp apples for sale along with farm-fresh produce. In the fall, watch for freshly pressed apple cider.

While there are many challenging hiking trails in the mountain ranges flanking Hagerstown, don’t miss the Hagerstown Cultural Trail within the city limits. Connecting the Washington County Museum of Fine Arts in Hagerstown City Park with the downtown area, this mile-long, paved trail unites natural green spaces and inspiring art in a unique way.

About 2 miles east of downtown, Kiwanis Park hugs a bend in Antietam Creek. Launch a canoe or kayak into the still water, and float beneath the old-growth trees lining both banks. Or enjoy a picnic at the gazebo, where monarch butterflies feast on milkweed at the nearby waystation and paddle-powered boats quietly glide by.

In this town founded by a German immigrant, Schmankerl Stube is a can’t-miss restaurant. This cozy Bavarian establishment serves authentic pan-fried schnitzel, buttery spaetzle, and steins of beer. Top off your meal with a slice of warm apple strudel or rich Black Forest cherry cake.

With an emphasis on fresh, local ingredients, 28 South offers a contemporary American menu with soups and salads, pizzas and paninis, and hearty entrees. Although Hagerstown is not on the coast, it’s still in Maryland, so try the blue crab wonton appetizer, crab cake entree, or Chesapeake burger.

If you are traveling with a food allergy or dietary restriction, you’ll be pleased to know that 28 South has a dedicated menu for guests following gluten-free, vegetarian, and vegan diets.

For pub food prepared well, visit The Broad Axe. Each of the filling appetizers and hearty sandwiches pairs well with the beers on tap, regional ciders, and cocktails.

This family-owned-and-operated Italian restaurant is loved by locals for its delicious pizza, daily specials, and sincere hospitality. After generous portions of pizza, pasta, or the daily special, guests are treated to complimentary sugar-dusted fried dough for dessert, so be sure to save room (or ask for it to go).

From budget lodging to full-service accommodations, you’re sure to discover the perfect place to stay in Hagerstown. Along Interstates 70 and 81, you’ll find a wide range of hotels, including the Hampton Inn, Homewood Suites, and Springhill Suites. Each of these Hagerstown hotels is clean, comfortable, convenient, safe, and quiet.

Whether you visit Hagerstown for its rich history, delicious food, historic architecture, or relaxing green spaces, you’re sure to have a fantastic weekend in this quaint Maryland town near the Pennsylvania border. 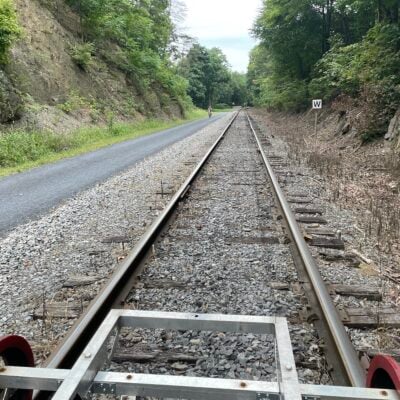 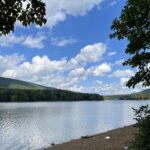 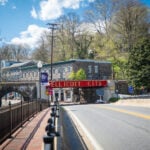 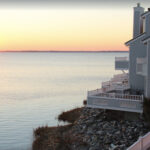