7 Best Golf Courses For The Money In Indiana

When I think of golf in Indiana, I think of one man: Pete Dye. The world-famous golf course architect has roots in Indiana, having left his insurance salesman job in Indianapolis to pursue golf course design. Mr. Dye passed away in January 2020 at the age of 94, and he leaves a lasting legacy on golf, having designed so many of the courses used on the PGA Tour (TPC Sawgrass in Florida, Harbour Town in South Carolina, and PGA WEST in La Quinta, California, to name a few).

Because of his deep connections in Indiana, Dye designed 22 golf courses in the state (second only to Florida, the state with the most Dye courses). His most famous course in Indiana, the site of John Daly’s victory at the 1991 PGA Championship, is Crooked Stick Golf Club in Carmel. Crooked Stick is a private club, but Indiana also has many public Pete Dye courses. Two of them appear on the list below.

Before I begin going through the list, one quick note: This is a list of the best courses for the money. That means courses where you’d expect to pay $50 but can get on for $28 as well as courses that play like $150 courses, but where your fees are only $80. This is a common occurrence in a place like Indiana. Golfers used to paying $125 on the weekend travel to Indiana, play a really great course in great condition, and ask, “How do they only charge $55 for this place?”.

I rate the cost of each course in dollar signs, from $ to $$$$. According to this system, $$$$ means it’s a high-cost course (but still a great deal given that many would pay twice the price to play a similar course). $ means it’s really great golf for a really cheap price.

We will begin with a Pete Dye course. The Fort Golf Course is located where Fort Benjamin Harrison used to be located in northeast Indianapolis. When the army base was closed in 1996, it was turned into a state park and an 18-hole Pete Dye golf course was added.

This is a beautiful piece of property only 15 minutes from downtown Indianapolis, so I’m sure choosing Pete Dye to design it was a no-brainer. It’s the city where Dye moved to after he got out of the army, and it’s on a former army base, so the synergy here was perfect. It’s maintained by the State of Indiana, so in that sense it’s almost a “muni” course. Except this one was designed by Pete Dye.

If you’ve never played a Scottish-style course, it’s a different type of golf, especially when the golf courses are “hardened” by the wind. Whereas your typical American course is a simple “here’s the distance I need to hit it; here’s the club I use for that distance” setup, a links course will sometimes require a much shorter club. If you’re 160 yards out and you typically hit a 7-iron, you might need to choose a 9-iron, land it 25 yards short, and then let it bounce up onto the green.

Not all links golf is played like that. Even in Scotland, the courses will soften with rain and play more Point A to Point B. But links golf can be a fun challenge, especially on a windy day. Sometimes, you’ll simply pull a 4-iron, hit it low, and let it run, run, run.

Cambridge Golf Course outside Evansville provides this type of experience. There are no trees here, so it’s true links golf. Watch out for the pot bunkers, too. You’ll hit what you think is a perfect drive only to watch it roll into one of the many tiny bunkers dotting the sides of the fairways.

In addition to being unique, this is a course that is wildly affordable. The maximum fee for 18 holes (on a weekend, with a cart) is $42, with many tee times during the week for significantly less than that. Or, save even more money and choose to walk. That will give you the true links golf experience.

Laconia, Indiana, is right across the Ohio River from Louisville, Kentucky. So it’s appropriate that an equestrian-themed golf course like Chariot Run Golf Club would be located here among the rolling hills of Southern Indiana. The clubhouse and maintenance facility fit right in with the horse farms in the region.

This course is designed in the American links style. There are very few trees, much like a typical links design, but the fairways are more receptive, and there aren’t nearly as many hidden bunkers as a typical Scottish links design. Prairie grasses separate most of the holes, with lush fairways and greens providing a stark color contrast.

This golf course will seem like it’s in the middle of nowhere, with no large towns in any direction, but the drive will be more than worth it.

I try to choose a non-traditional course (a 9-hole course or a par-3 course) for a list like this because golfers are often looking for different experiences. In Indiana, I recommend the North Course at Michigan City, a par-60 “executive” course.

If you’re unfamiliar with the term “executive course,” it refers to a shorter golf course with more par-3s than your typical course; 18 holes for a typical course will be par 70-72, whereas 18 holes for a par-3 course would be par 48. All courses between those two levels are commonly referred to as “executive” courses. Just like Michigan City North Course, which is par-60.

The North Course has six par-4s and 12 par-3s. This is not a pitch and putt where you might just bring your 9-iron, wedge, and putter. You’ll need a driver on six of the holes, and some of the par-3s are up to 175 yards long. Sometimes it’s fun to switch things up and get away from the typical “country club” feel of a round of golf. And this course would be a really great way to accomplish that. Especially if you want to spend less money than two people going to a movie.

For golfers in California, Arizona, and Florida (or even New Jersey), premier golf courses will often run you $120+. Many times over $200. In the Midwest, there are several high-end golf courses which will only cost $60 to $80 for weekend tee times (and less during the week).

One such place: Bear Slide Golf Club in Cicero. Cicero is just north of Indianapolis, so there’s easy access from just about anywhere in the state. And you get two different golf experiences in one course. One nine is a Scottish-style links course. The other nine is more of a traditional layout with the holes playing in and out of a forested area.

This course consistently makes best golf courses in Indiana lists, and if the limited tee times available are any indication, the public agrees. Great golf at a not-crazy price is a great combination.

The Zollner Golf Course (and nearby Zollner Athletic Stadium at Trine University) are named after one of northeast Indiana’s most famous industrialists: Fred Zollner. Zollner is considered the father of the NBA. It was at his kitchen table where several basketball leagues decided to merge, forming the National Basketball Association. His team, the Zollner Pistons, later moved to Detroit and remains one of the NBA’s most storied franchises.

But that’s basketball, and this is golf, and this course at Trine University in Angola definitely belongs on our best-value list. It’s a championship course, having hosted the NCAA Division III Women’s Championships in 2012. So this is not your typical course attached to a small college campus. It’s a challenging course in solid condition for a very affordable price.

There are two courses here that are part of the Birck Boilermaker Golf Complex: the Ackerman-Allen Course and the Kampen Course. Both are nice, but we’re focused on the Kampen Course and the ability to play a championship Pete Dye course for less than you might expect. This course hosted the NCAA Golf Championships in 2008 (won by current PGA Tour Professional Kevin Chappell), so this is a course that can test golf’s best.

Like many Dye courses, there’s extensive bunkering at Kampen. And there are several features that will let you know you’re playing a Pete Dye course. The seventh hole, for example, has two full fairways with a long bunker in the middle separating the fairways by more than 50 yards. Beyond the bunker, one green is positioned to accept approach shots from either fairway. Like many Pete Dye golf courses, it’s a choose-your-own-adventure hole.

And it’s a lot more affordable than playing a Dye course in Florida. TPC Sawgrass? Currently more than $600 for a tee time. Kampen Course? The highest rate (for a prime tee time on a weekend) is $109. That’s expensive for a round of golf to be sure. But golfers who might pay $400 to play Dye’s Whistling Straits in Wisconsin or $350 to play his Ocean Course at Kiawah Island are surprised to learn that one of his championship courses (Kampen hosted the NCAA Championships) can be played for a quarter of the cost of those other courses.

Best Value9 Fantastic Golf Courses For The Money In Texas 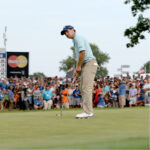 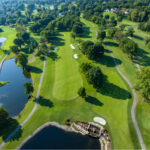